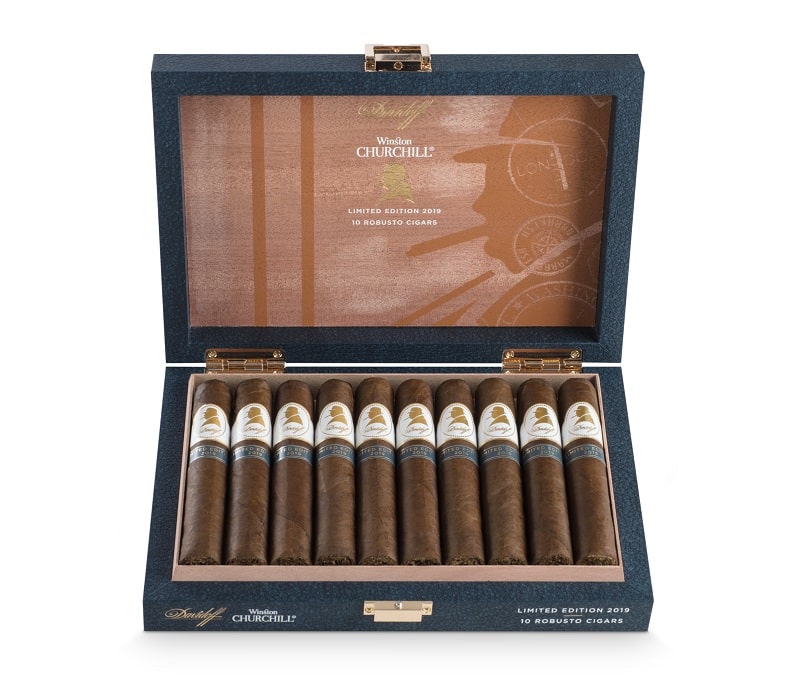 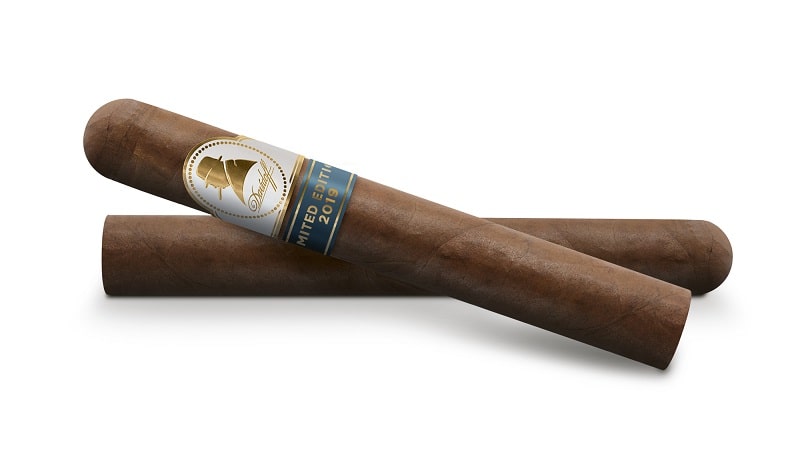 This Limited Edition consists of two sizes. A Corona, measuring 43 x 127 mm, and a Robusto, 50 x 127 mm. A second blue band is added to the regular Winston Churchill band.


The Robusto will be limited to 8,000 boxes, containing 10 cigars each, and will be sold worldwide. The Corona, on the other hand, will only be sold in Duty Free stores and is limited to 4,500 packs containing 5 cigars.

The Traveller line is completed by two humidors, an ashtray, a double-edged cutter and a travel case, that can hold two cigars. Each of these accessories shows the silhouette of Winston Churchill and some passport stamps of the countries in which the statesman used to travel to, such as London, Washington and Marrakesh. 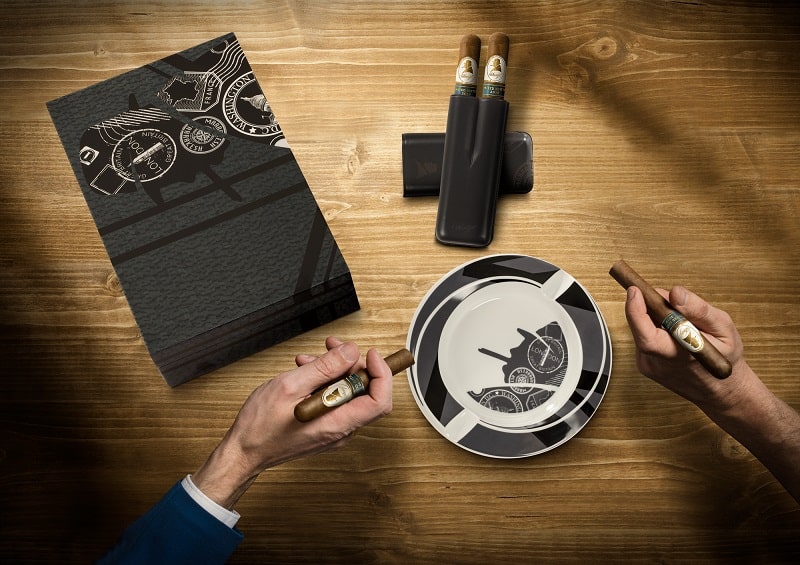