During the dinner on the last day of Puro Sabor, an event that has just ended in Nicaragua, the new President of the Nicaraguan Tobacco Chamber was announced. The important position will be held, for the next two years, by the 43 year old Italian Claudio Sgroi. Claudio is already president and master blender of Mombacho Cigars, based in Granada in the magnificent Casa Favilli. 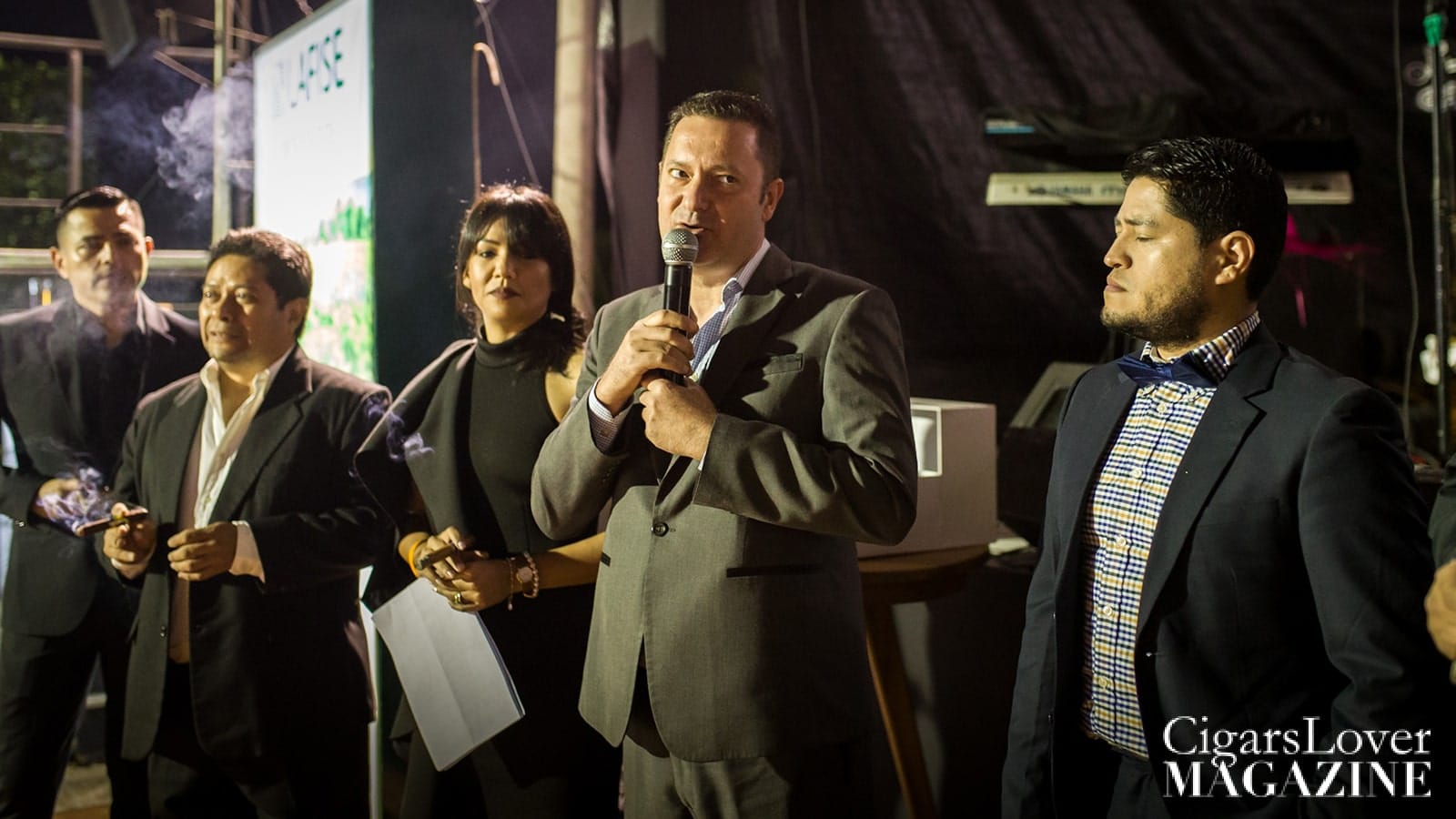 Sgroi is the first European called to this role and succeeds Anielka Esmeralda Ortez (third from the left).

“I feel proud of the appointment to this position” commented telegraphically Sgroi. Vera released an exclusive interview for Cigarslover readers, which we will publish in the following days.