How to read the Cuban code or cuños

The term “Cuño” identifies the stamps placed on the back of the box. Sometimes they can also be shown in the packaging in which the boxes are stored (in cases of prestigious releseases or brands, like Cohiba). 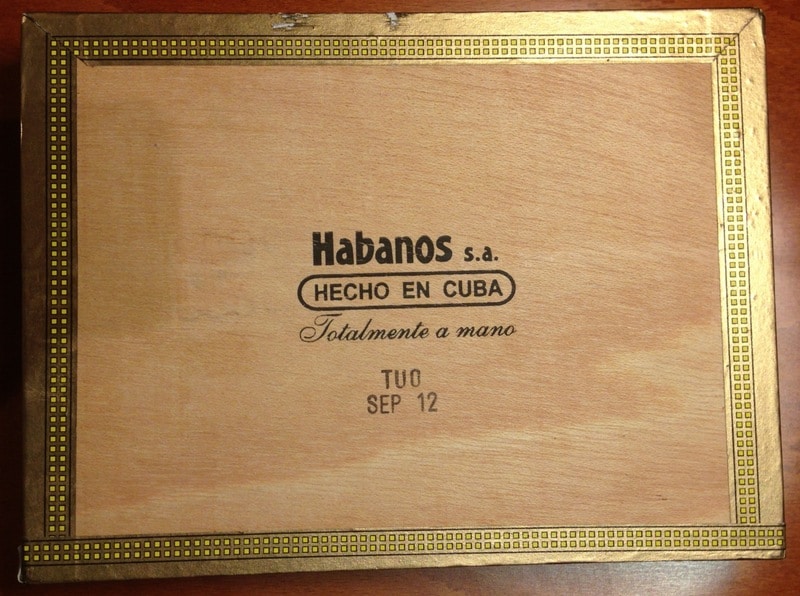 The “Cuño” that gives us more information is the code that we can see below, indicated by the arrow. 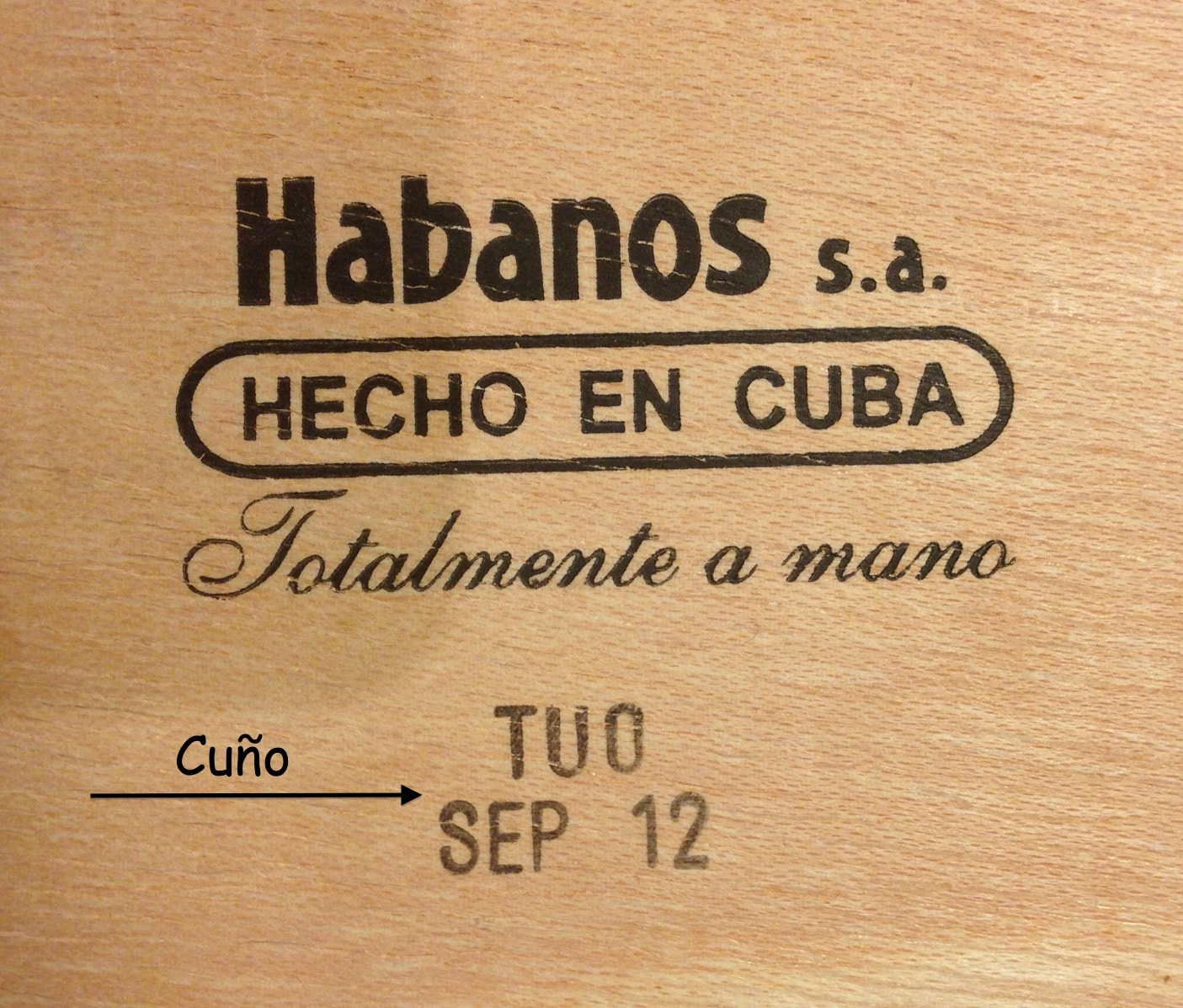 To be more clear, from now on, we will use the term “Cuño” to indicate the code indicated by the arrow in the previous image.

The Cuño was introduced for the first time in 1985. Before this date, in fact, boxes only have the written “Hecho en Cuba”.

In 1985 a code was introduced to identify the factory: month and year of production. In the coming years there were four changes concerning these codes. Let’s see them in detail.

The name NIVELACUSO comes from the coding system used in the “cuño”.

In the letters that make up the NIVELACUSO code, there is the coding method. Each letter of the code is in fact associated to a number:

The code identifying the factory is made of 2 or 3 letters, which refers to the name of the factory (but these letters should NOT be translated using the corresponding numbers in the code). The next 2 letters indicate the month of production, and the last 2 the year of production (to decode these letters, they are converted with the respective numbers indicated above).

The last 4 letters of the code are easy to decipher, as once translated into numbers they give us the reference month and year. The letters that indicate the factory cannot be translated with the code.

After 14 years of use, this coding system was decoded, and was changed to the NETAGIDOCU code.

This coding method is similar to the NIVELACUSO. Here too, in fact, there is a numerical correspondence with the letters:

A further difference is found in the first letter of the code: this letter identifies the province in which the manufacturing factory is located.

For the decoding of these letters:

This coding system lasted only 4 months, after which it was understood and translated. So in Cuba they decided to change the codification once again.

In the time between between NETAGIDOCU and the current coding, the production date is indicated in a different way. Here is how it reads:

There are also special cases. In addition to this new code, in fact, in many boxes produced between May 1999 and June 2000, the NETAGIDOCU code can also be found. However, being only a limited period of time, the following table summarizes what may be the codes present on the boxes produced in that period of time.

Since February 2000, the coding system is the same as the current one: the code only reveals the factory, while the year and month of production are indicated very clearly and are easily legible.

The month is indicated with 3 letters, which are the initials of the month (written in Spanish):

Instead, the year is indicated with the last 2 digits of which it is composed:

The factory code, on the other hand, is indicated with 3 or 4 letters, and is quite complex to decipher. In fact, several codes can also be used for the same factory.

On Cuban cigar boxes having a Cuño that indicates their production in the year 2000, there may be a stamp with the word “REVISADO”.

This word, translated from Spanish, means “controlled”. This stamp was affixed to the boxes that underwent quality control following the problems recorded with the 1999 tobacco harvest. In 2000, a large number of Cuban cigars were produced, but quality was below on the usual level, and their sale became difficult. This prompted the Cuban authorities to double check all the unsold boxes. Obviously nothing could be done about the “not very good vintage of ’99” but the machanics of the cigars was checked: therefore the draw and the construction. All the cigars that passed the quality control were put in boxes with the REVISADO stamp, the rest were not reintroduced into the market.

OTHER INFORMATIONS ON THE CUÑOS

In this section we see the other Cuños, and the informations they can provide.

A) INDICATION OF THE “MADE IN CUBA”

Before 1959: all the stamps were in english language:

MADE IN HABANA – CUBA

Since 1960 to nowadays, the stamps are in spanish language:

B) INDICATION OF THE “MADE BY HAND”

Before 1989 there were no indication about this.

After 1989, the word “TOTALMENTE A MANO” was introduced, which means made completely by hand.

In 2002 this information was introduced, using the “TC” written.
“TC” means Tripa Corta (the leaves used are not whole leaves, making the cigar a short filler).

If there is no “TC” sign, it means that the cigars are in Tripa Larga (the tobacco leaves used are whole, and so the cigar is a long filler)

D) INDICATION OF THE PRODUCER

Since 1994 on the boxes we can find the written “CUBATABACO”