The Cavalier de Geneve White Series Elegantes is produced in Honduras and the blend is a secret, deliberately not declared. Every cigar of this line has a pig tail finish. 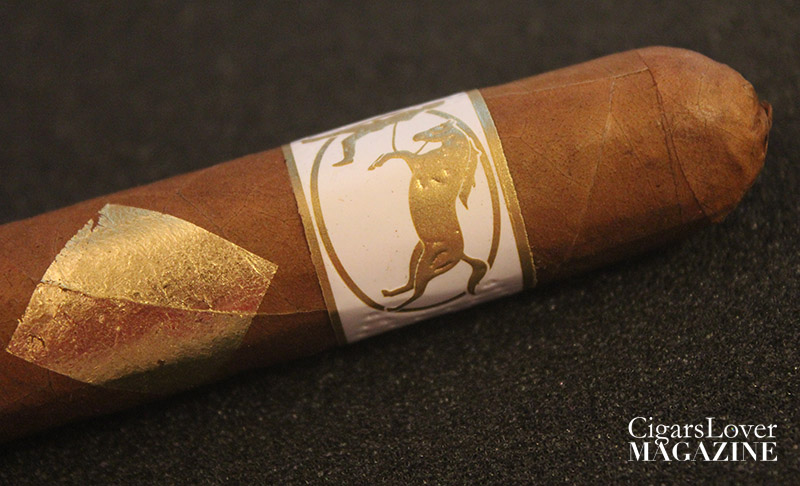 This size stands in the middle of the White line, preceded by the smaller Medio and the followed by the bigger Diplomate.

The wrapper presents a Colorado color and the filling is without defects.

The first third reveals notes of aged wood and licorice. The strength is medium (3/5).

In the second third the smoke becomes particularly creamy. The wood stays present and is followed by hints of vanilla and white tea. The strength stays constant.

In the final third of the cigar, the aromatic palette suffers an involution and looses the vanilla and tea notes. The wood is still in the foreground, followed by suave spicy notes that are perceptible in some puffs. The strength doesn’t present any change.

Overall, the Cavalier de Geneve White Series Elegantes reveals a balanced and harmonious smoke. The first half is better, while the second half of the cigar is less performing. The finale misses that little something that would have made the finish very satisfying. Between the three cigars belonging to the White Serie, the Elegantes are the ones that surprised us the least.