The inspiration from the new Casa Cuevas cigar, La Mandarria (spanish for sledgehammer), stems from a robbery they were a victim of in last February. On that occasion the thieves used sledgehammers to break into the distribution center and stole over 25,000 cigars. Following this criminal act, the Cuevas family decided to react by creating a new La Mandarria cigars.

Casa Cuevas, as a brand, was born three years ago after having gained a decade of experience as a cigar maker for the most famous global brands thanks to the Cuevas-owned factory, Las Lavas. As with many other cigar makers, the patriarch Luis Cuevas Sr. was forced to immigrate from his native land, Cuba, to the United States, thus achieving the “American dream” through perseverance. 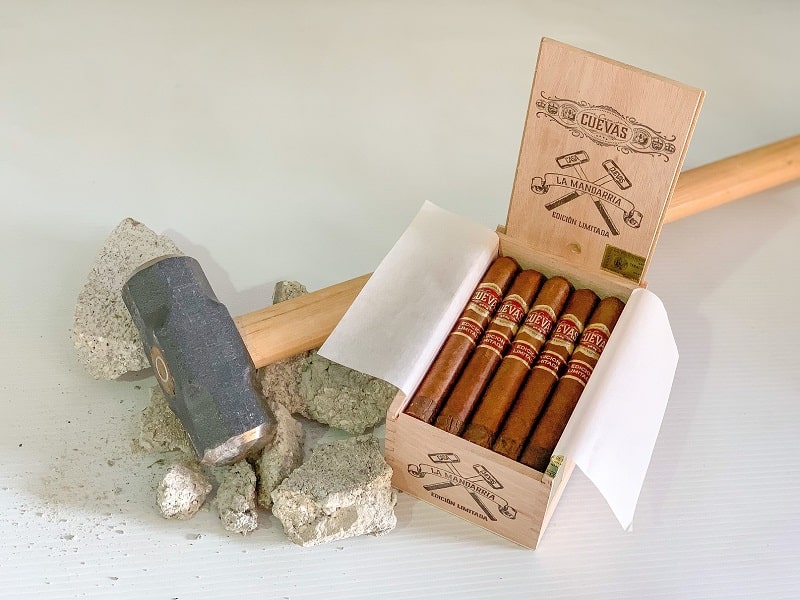 The Mandarria is available in a single Toro size, 52 x 152 mm. This vitola expresses a perfect balance between accentuated strength, which is a representation of the name “Mandarria”, and the nuanced flavors of the cigar. At the moment little else is known, we know that it uses an Ecuadorian Habano wrapper, that the head is finished with a pig tail and that it has a shaggy foot.

The Mandarria Limited Edition will initially be limited to only 500 boxes, at the price of $ 12 per single cigar.