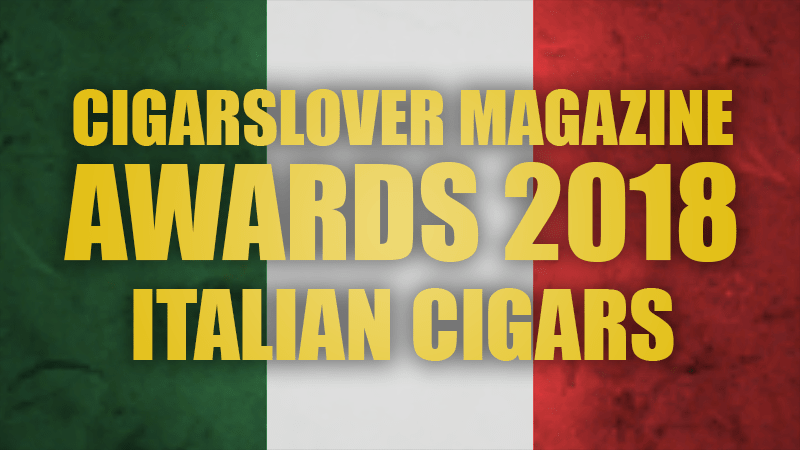 After the rundown of the Awards divided by terroir, here is the “top 5” Italian cigars. Our attention was given to the best Italian cigars tested during 2018.

For this list, we considered products having at least a part of the production chain located in Italy. There is no distinction between types of tobacco (Kentucky or “Havanone”) or production methods. The list includes not only new products launched during the year, but also products that are capable to maintain excellent quality standards.

Below are the best Italian cigars tested in 2018.

This year the Moderno Opificio Sigaro Italiano has managed to push itself beyond any experimentation that has ever been tried: a conical product made with Italian Kentucky, taking up the Caribbean shape of the pyramid. Beyond the form, which could arouse perplexity among the purists of the Italian cigar as well as the Caribbean ones, the result is excellent. The smoke is very complex, since the first puffs.

During the smoke, a salty flavor is enriched by mineral aromas, wood and spices. It exhibits also walnut, coffee and carob notes. Excellent balance between the flavors and strength, which is light.

The Nostrano tobacco (“Havanone” seed) comes from the seed brought back by Christopher Columbus from America and, after hundreds of years of Italian cultivation, has settled to the point of becoming almost autochthonous in the Veneto area. A marriage between this Italian tobacco and the one from Nicaragua (albeit employed for ¼ of the total mixture),  gave birth to the Taliano.

It was believed that the tobacco from overseas, with its peculiarities, could overshadow the the milder Nostrano del Brenta ones. Instead, thanks to a perfect mix, the Nicaraguan one gives it an aromatic boost, not compromising the typical character of Nostrano del Brenta tobacco.

Flavors are a mix of sapid and sweet, while the aromatic profile is made of earth, walnut, spices, coffee and ripe fruit notes. Strength goes from medium – light to medium.

The Super Tuscan is the first cigar with a so generous size (175mm-6.9″, in length and 20mm in diameter) made from long filler tobaccos. It is majestic and opulent, with the classic Valtiberina band, characterized by pronounced veins.

The smoke is very powerful, complex and with a wide flavor profile to it, although the balance is not its best characteristic.
The flavors alternate between sapid and acidic, getting a bit bitter in the finale. The bouquet is made of citrus, nuts (almond and walnut), earth and mineral notes.

We would have liked it slightly more balanced, but it will not disappoint who loves strong cigars.

Made by Amazon, is the only one in the list which is not a limited edition. It is an unmistakable sign that cigars made with care and attention to consistency don’t fear comparisons.

Definitely salty, it has a flavor profile delivering notes of earth, pepper, almond and bark, together with mineral hints. The smoke is powerful, but never to the point where it would cover the flavors.

For the bicentenary of the birth of the Toscano cigar, Manifatture Sigaro Toscano has made a product with unusual dimensions (200mm-7.9″ in lenght) if compared to the standards of the Italian brand par excellence. The blend does not differ much from the premium productions from Toscano’s hand-made products (North American wrapper, with a North American and Italian Kentucky blend), if not for the greater attention paid to the product, celebrating an important anniversary.

Once lit, the Toscano Duecento is sapid, but also slightly acidic. It delivers notes of wood, walnut, earth, spices and mineral hints. Strength is medium-light and, throughout the smoke, becomes medium.

A product close to the tradition of the Toscano cigars.