Avo Uvezian passed away at 91

Avo Uvezian passed away at 91

Avo Uvezian, known to us aficionados for his AVO Cigars, passed away at the age of 91, just two days after his birthday.

We all know AVO cigars, that indisputably represent an important part of the Dominican production. On the other side, only a few know the story of this man, born in Beirut, his hometown, as a Jazz musician, that for years toured the Middle East with his ensemble. 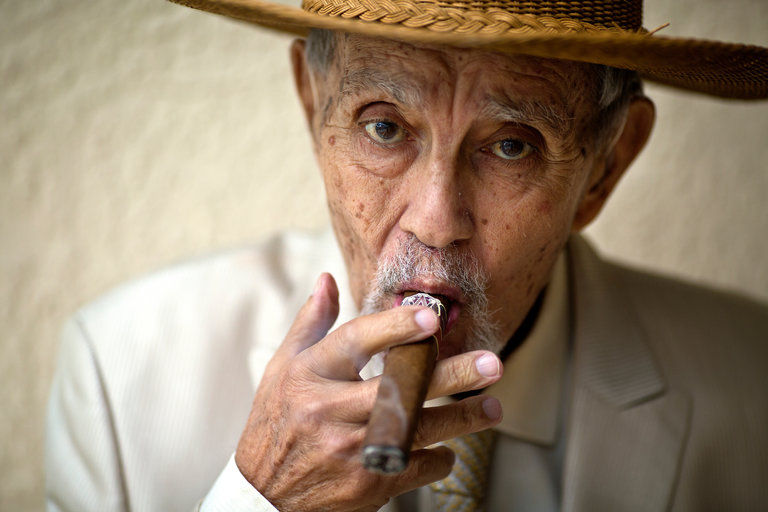 Musician and dance teacher, he transferred in the 40s to the USA, with his family, where he continued composing and studying the piano at the Juilliard School. In New York he met Frank Sinatra and they became friends. He collaborates many times with him, including the recording of 1966 “Strangers in the Night”, in which the rights were stolen by a certain Bert Kaempfert.

The legend, in fact, says that Avo showed one of his song, called “Broken Guitar”, to Sinatra, which at first was rejected, not for its melody, but for the lyrics that Sinatra didn’t want to sing. Later on, Frank decided to adopt the melody and to change the text. Avo’s mistake was sending the song to Kaempfert first, who was supposed to handle its publication in Germany.

In 1951 he met his wife Maria, she gave him four children. In 1952 he was called to arms for the war in Korea, where he was discharged with honors. In the following years, he started designing jewelry with his grandfather in Puerto Rico, and at the same time he continued his musical carrier at the Palmas De Mar Resort, where Avo’s passion for long filler cigars was born.

In 1983, Avo’s daughter Karyn was born. Avo began to explore the Dominican Republic and in 1988 started his personal production in collaboration with Hendrik Kelner, Davidoff master blender; with him he created the first 10/12 blends. The “Oettinger Davidoff Group” enchanted with the product consistency, decided to award the producer with an increase of 25% on the price of the product. This allowed him to produce over 3 million cigars until the end of the 90s.

The rest is history.

Avo is survived by his wife Nivia, and his children: Jeffrey, Robert, Ronny and Karyn.