Asylum 13 Medulla Oblongata was a line presented at the 2017 IPCPR. The peculiarity is that each box contains the same cigar, but one is box-pressed (Oblongata), and one is round (Medulla). There are 25 cigars each in a box. The cigar, available in five sizes and in Natural and Maduro variants, is a Honduran Puro made in the Eiroa’s El Aladino manufactory in Danlì, Honduras.
The name derives from the “Medulla Oblongata”, a portion of the brain responsible for controlling involuntary functions such as the act of breathing or sneezing. 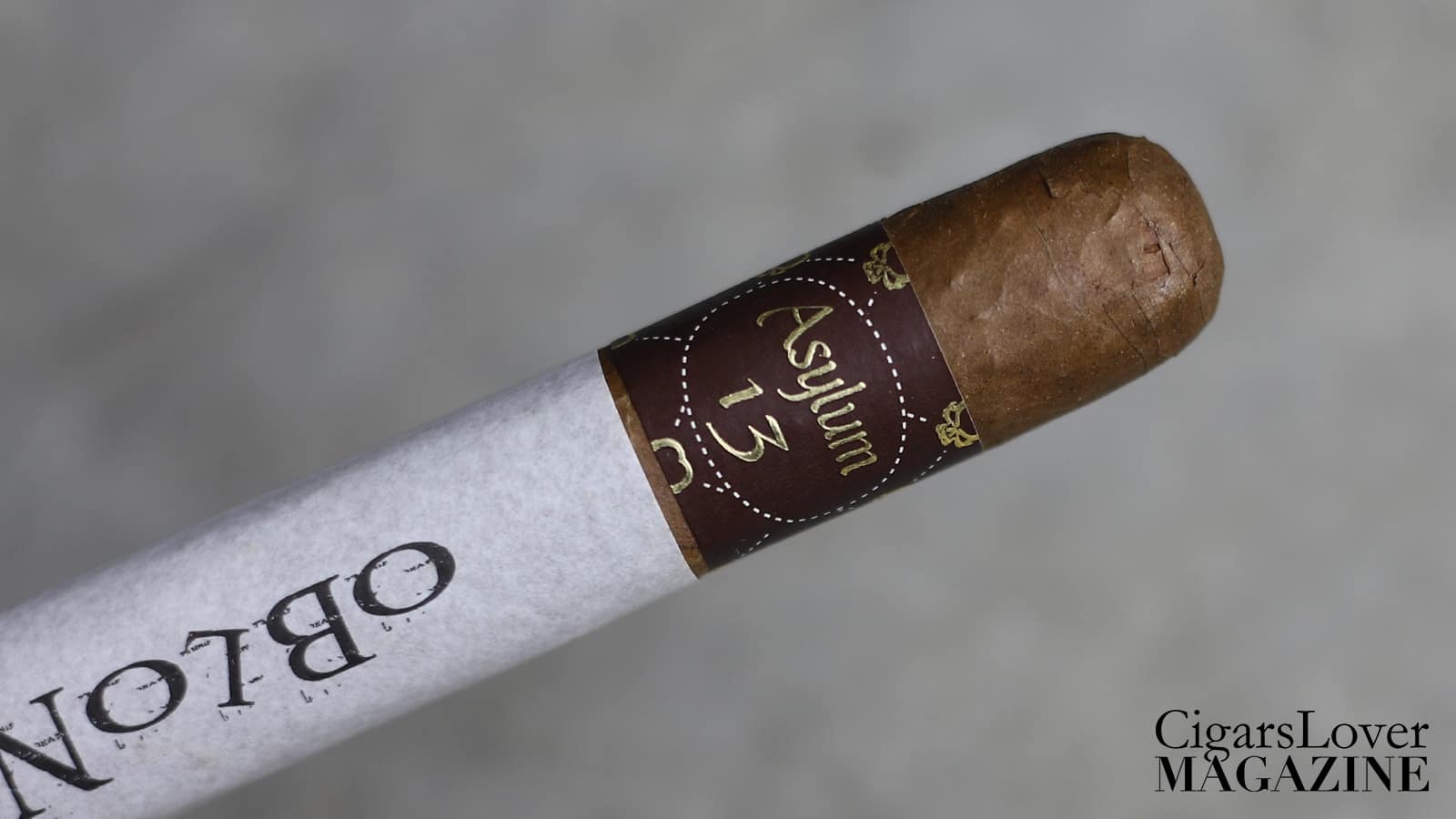 After removing the tissue paper covering part of the cigar, the Asylum 13 Oblongata Natural 52×6 is presented dressed in Colorado-colored wrapper leaves. To the touch, they are silky, and the construction is excellent and flawless. 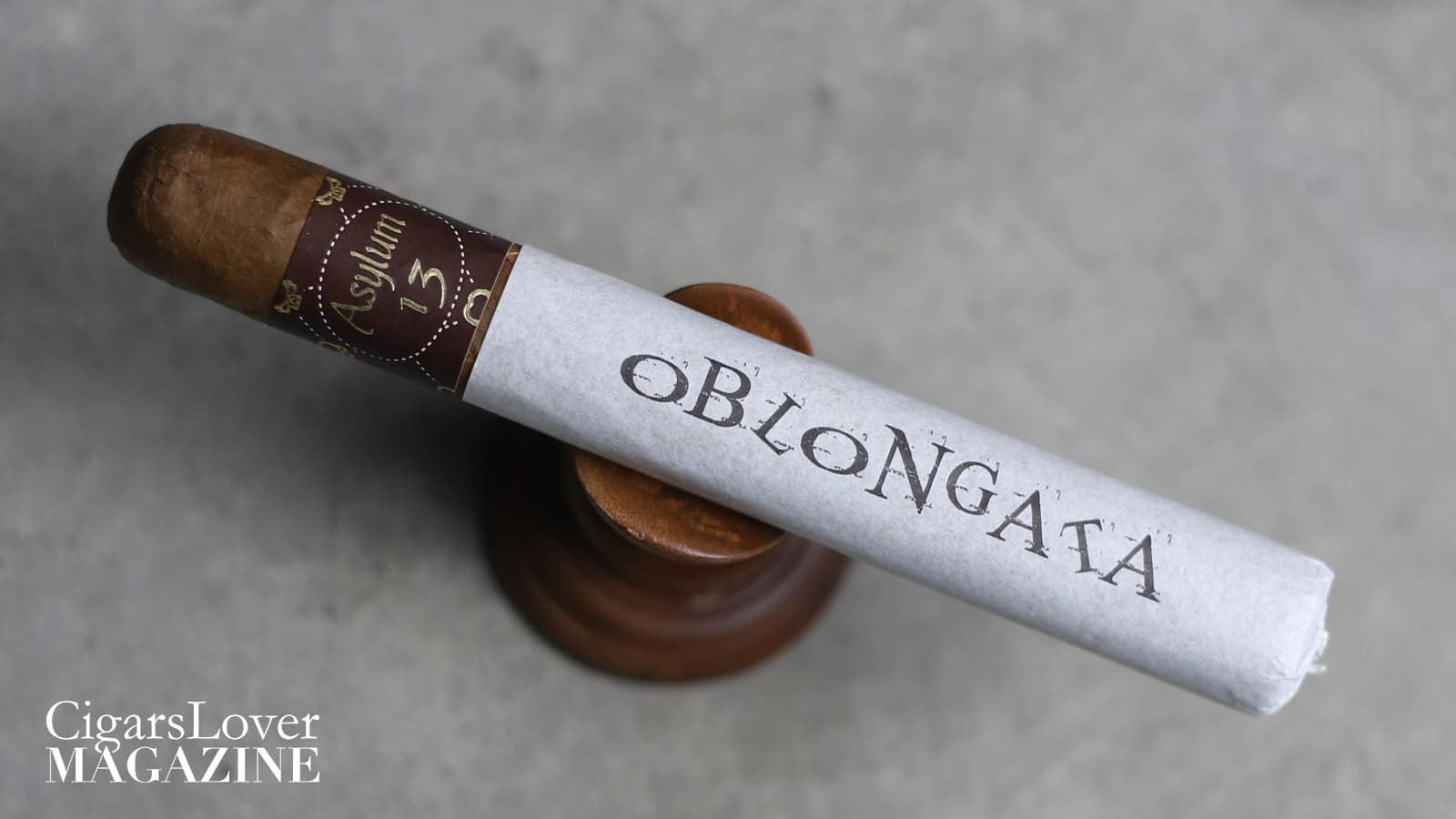 Asylum 13 Oblongata Natural 52×6: hints of fine wood and milk chocolate are present in the cold draw. The opening releases a mix of spices, where white pepper stands out. 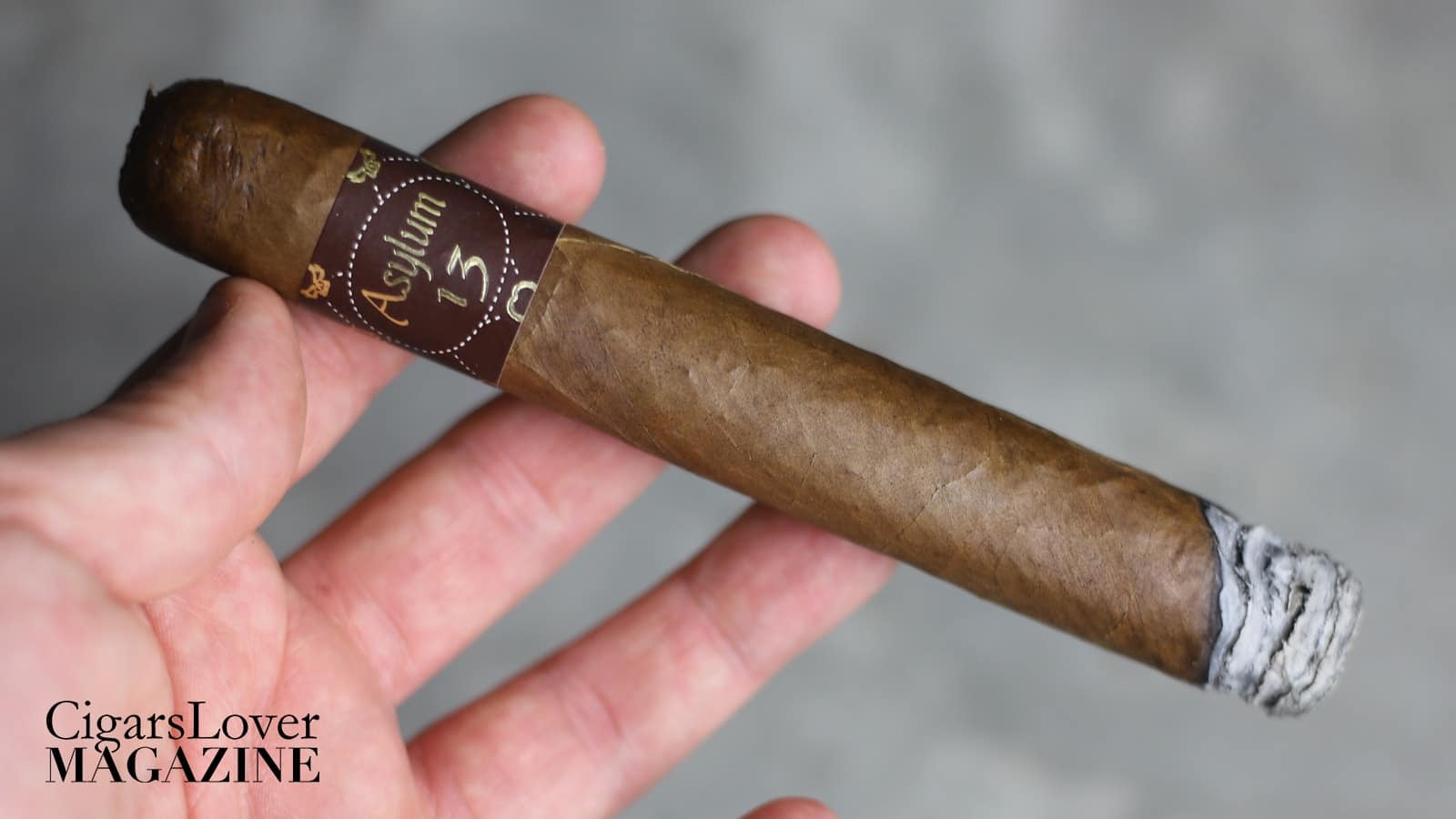 In the first third, the mix of spices is confirmed, with white pepper as the protagonist. Notes of fine wood and earth enrich the flavor profile. Strength is slightly above medium (3.5/5).

In the central section, the flavor profile sees the addition of intense notes of hazelnut and almond. Strength remains constant (3.5/5).

In the final third, the profile confirms the spicy and nutty notes. Strength increases as you approach the end, where it reaches a medium-full level (4/5) and gives rise to a satisfying finale.

Overall, the Asylum 13 Oblongata Natural 52×6 releases a smoke with a pronounced intensity. The balance is noteworthy, and the evolution is perceptible—a satisfying cigar.