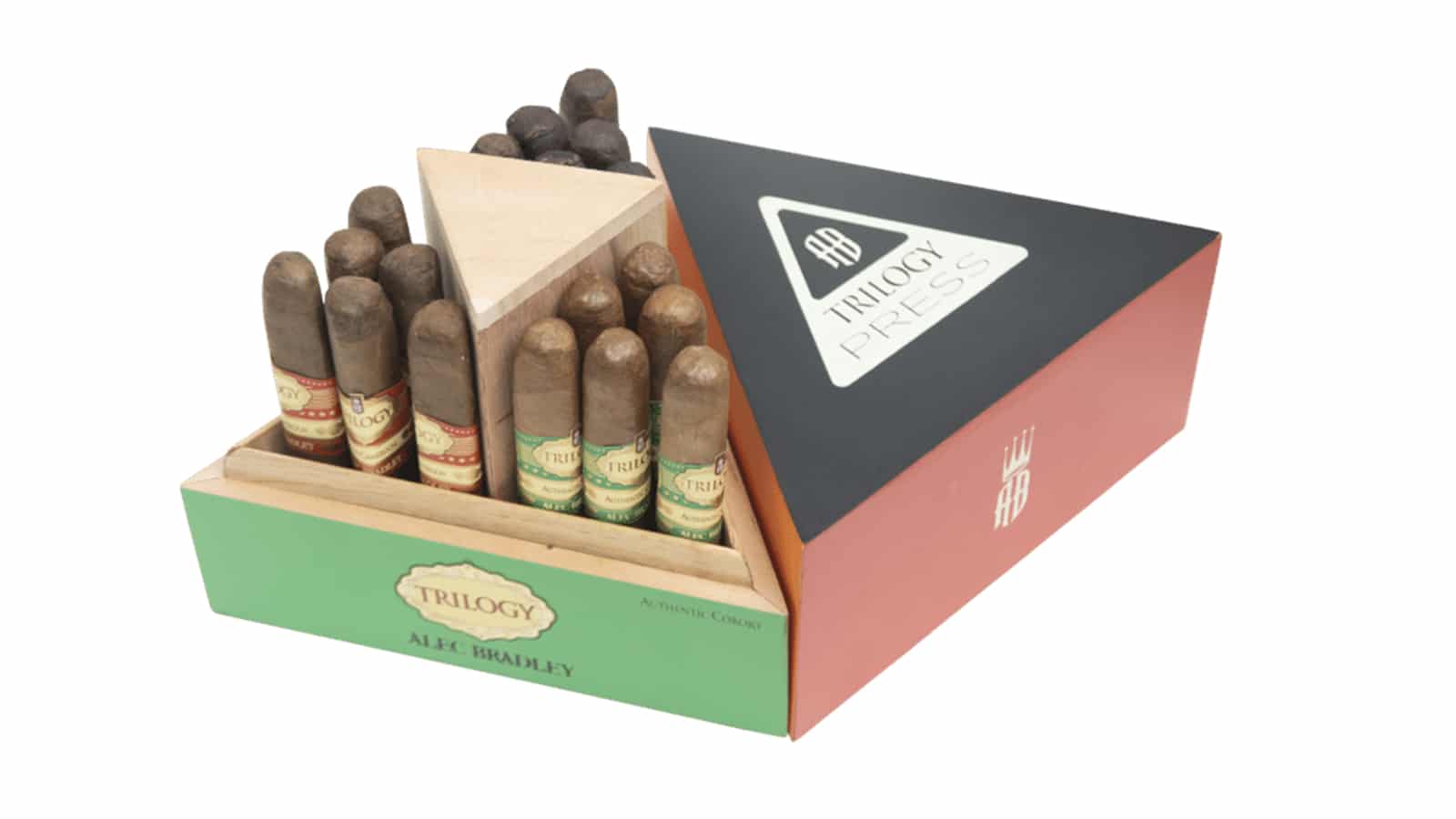 Alec Bradley Cigar Co. has announced that they will be rereleasing their Trilogy line of cigars. This line originally went to market back in 2002 and had many years of success. The cigar is a unique shape, with it being triangular instead of round. The shape of the cigar was a challenge during a fishing trip to the owner of Alec Bradly Cigars, Alan Rubin. Rubin dreamed up the idea, and the rest is cigar history for the brand. The Trilogy rerelease was an idea on the KMA radio (Smoke Inn) show back in 2019.

Like the original Trilogy series, there will be three blends: Authentic Corojo, Exotic Maduro, and Native Cameroon. Smoke Inn’s flagship store in Boynton Beach, Florida, will be receiving 300 Limited Edition samplers. The sampler box will contain 6 cigars of each blend, for a total of 18 cigars. The cigars are all in the Robusto format of 50 Ring Gauge by 127mm (5″). The Trilogy samplers will retail for $161.53 and go on sale August 12, 2021, at Smoke Inn stores and website at http://smokeinn.com. 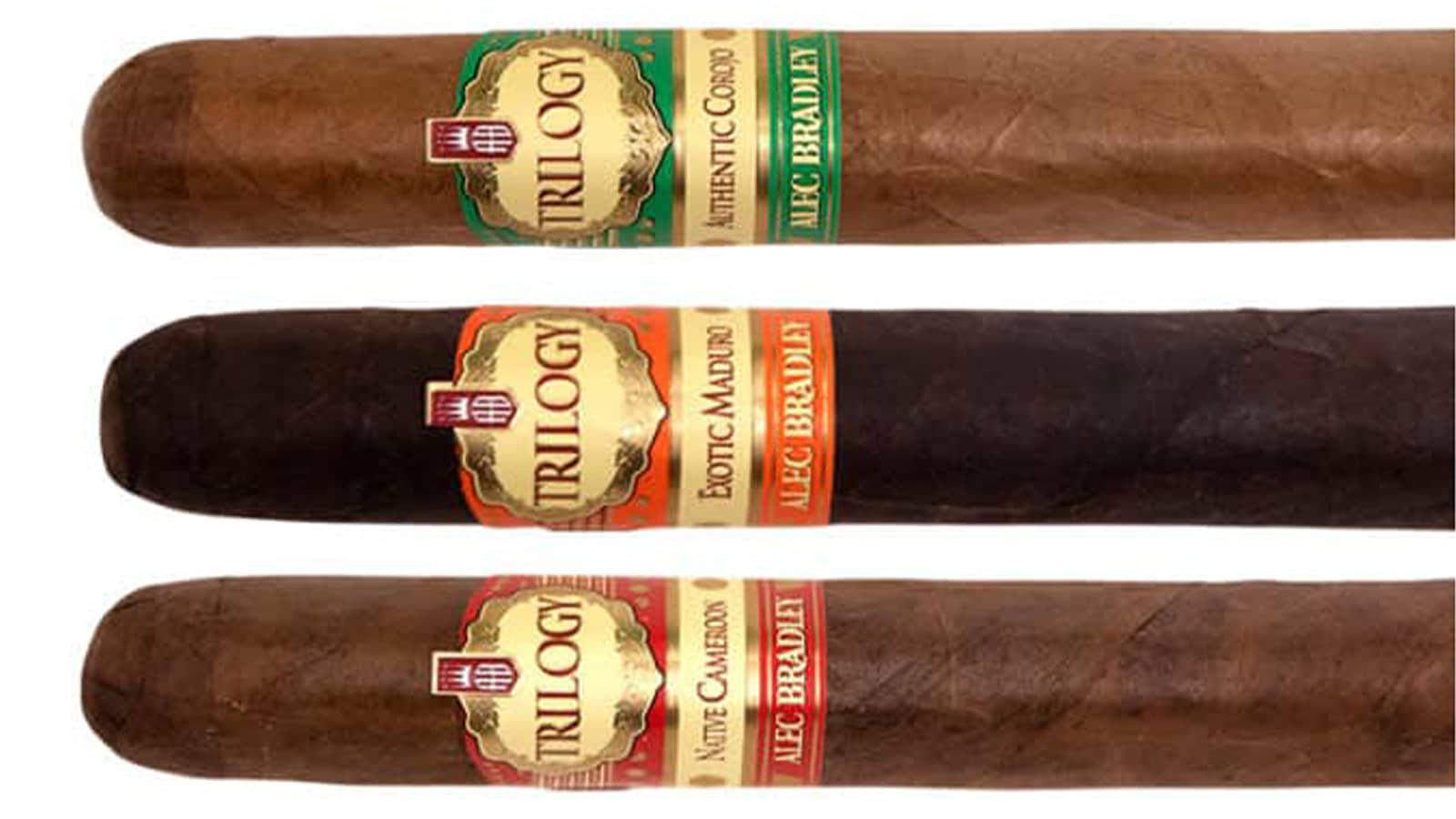 If you miss out on the Smoke Inn samplers, Alec Bradley plans on releasing 10-count boxes of 52 by 152mm Toro-sized Trilogy cigars in each of the three blends. Production will be limited to 1000 boxes of each and will be offered to US tobacconists later this year. Pricing, offering date, and delivery date have not yet been announced at the time of this news release. The Trilogy Toro-sized cigars may only be a one-time release.