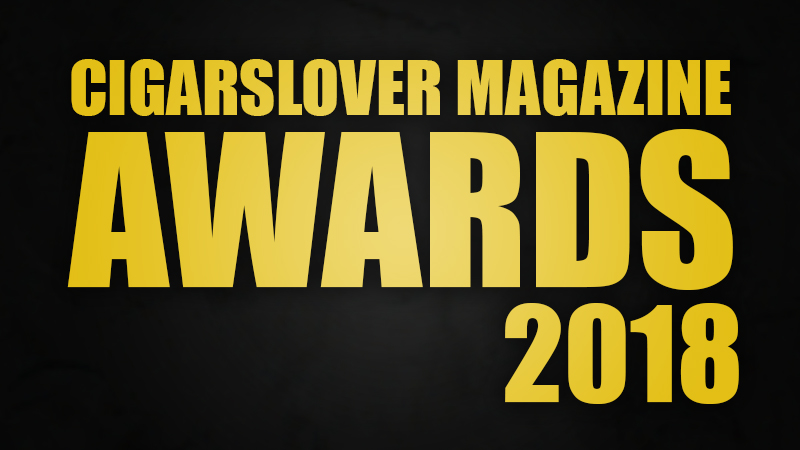 As usual, our attention is focused on every single terroir: Cuba, Dominican Republic, Honduras, Nicaragua and countries from the Rest of the World. For each one of them, we picked the best 5 cigars, that registered the highest scores. Following are the cigars, listed in alphabetical order by country, in place no.1. 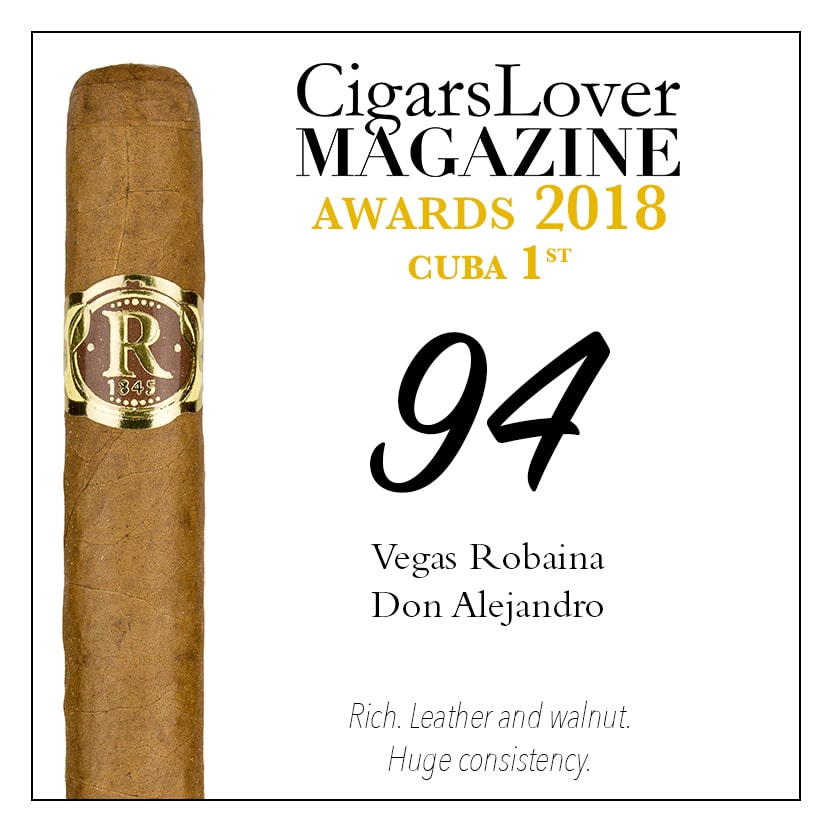 The Vegas Robaina Don Alejandro is a Double Corona and bears an important name in the tobacco world, that of one of the farmer who made history in Cuba: Don Alejandro Robaina. It is sold in a 25-count dress box, which once opened shows all the splendor of the “Prominente” size.

Rustic and direct, it is equipped with an harmonious and well structured flavor profile. Considering the size, a big evolution is expected and the Don Alejandro does not disappoint at all.

It delivers a blast of leather, earth and seasoned wood, with a peppery aftertaste. Then, it develops vanilla peeks and piquant spices. Leather and white pepper are the protagonists in the finale, flanked by balsamic herbs. 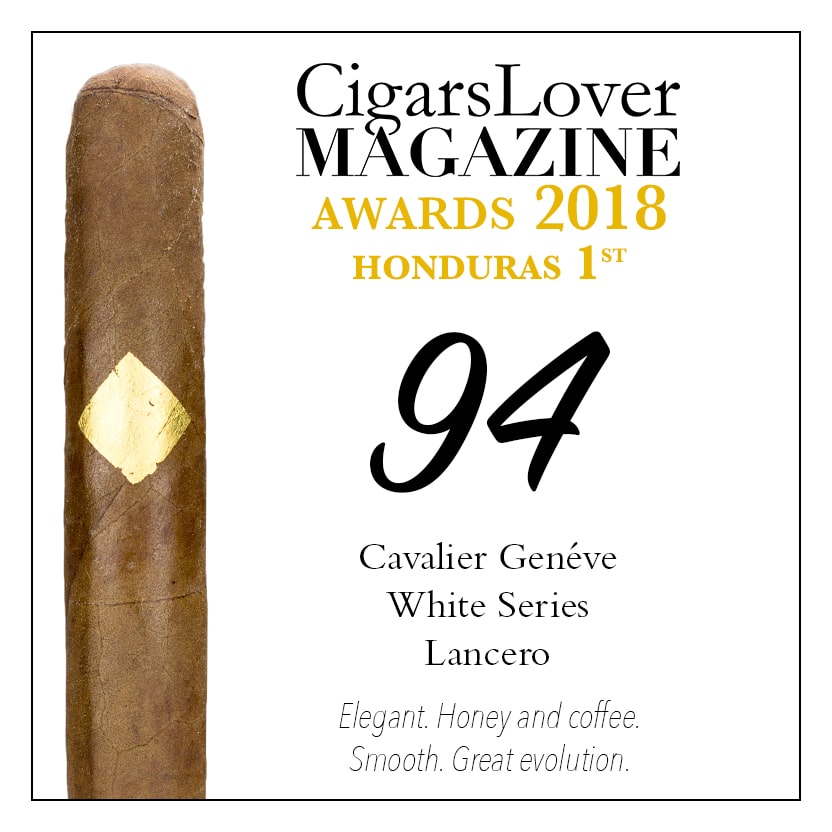 Cavalier Genève is a brand created by Sébastien Decoppet. The cigars are made in Honduras, but the company is Swiss. Since 2017, they are also sold in the United States. The cigars belonging to this brand are immediately recognizable, due to a golden diamond placed near the head.

Silky to the touch, construction is great. It showcases excellent elegance and evolution. The cigar is masterfully balanced, well supporting a delicate aromatic profile, in constant evolution. A Panetela that leaves a mark.

The opening is sweet. Coffee, spices and honey are perceivable, enriched with walnut and vanilla in the central section. In the last part, a delicate note of fine wood is added. 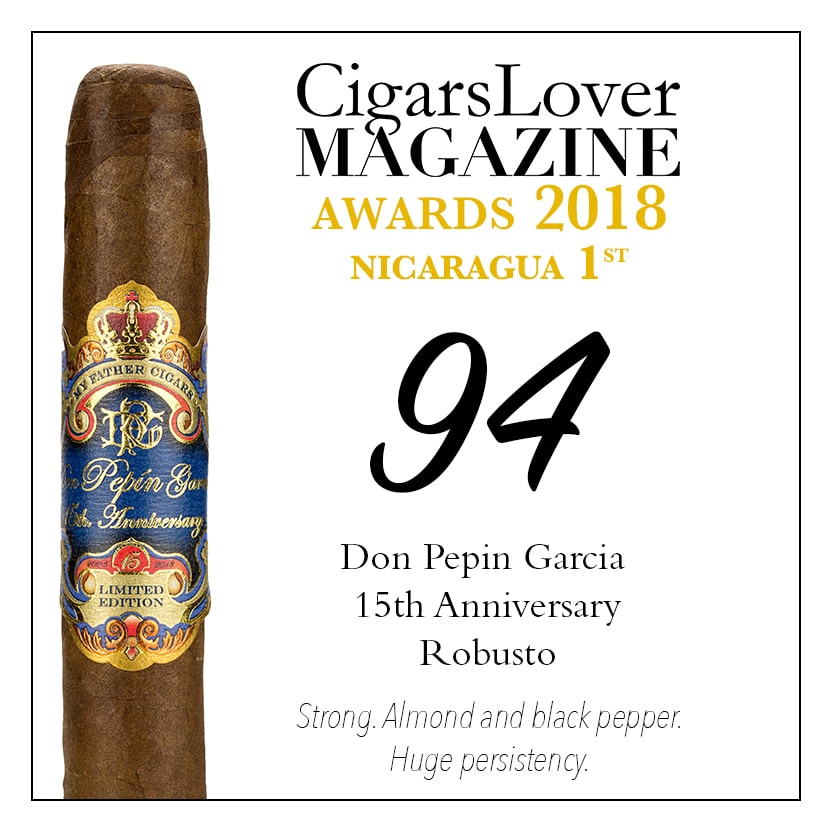 It was created to commemorate the 15th Anniversary of the Don Pepin García brand. The blend is exclusively made of Nicaraguan grown leaves, coming from Don Pepin García’s own fields. Among these there is also the “Pelo de Oro”, a type of tobacco boasting a long history and fame, but nowadays not so common, due to the difficulties in its cultivation.

The smoke delivered is intense and powerful, supported by a remarkable strength which is under control for the whole duration of the cigar. The intensity is great and the flavor profile is structured and deep.

It develops notes of almond and vegetal nuances, supported by a touch of pepper and hints of cocoa beans. In the second part, the black pepper becomes the main flavor, followed by a blaze of coffee beans and followed by earth and hot spicy. 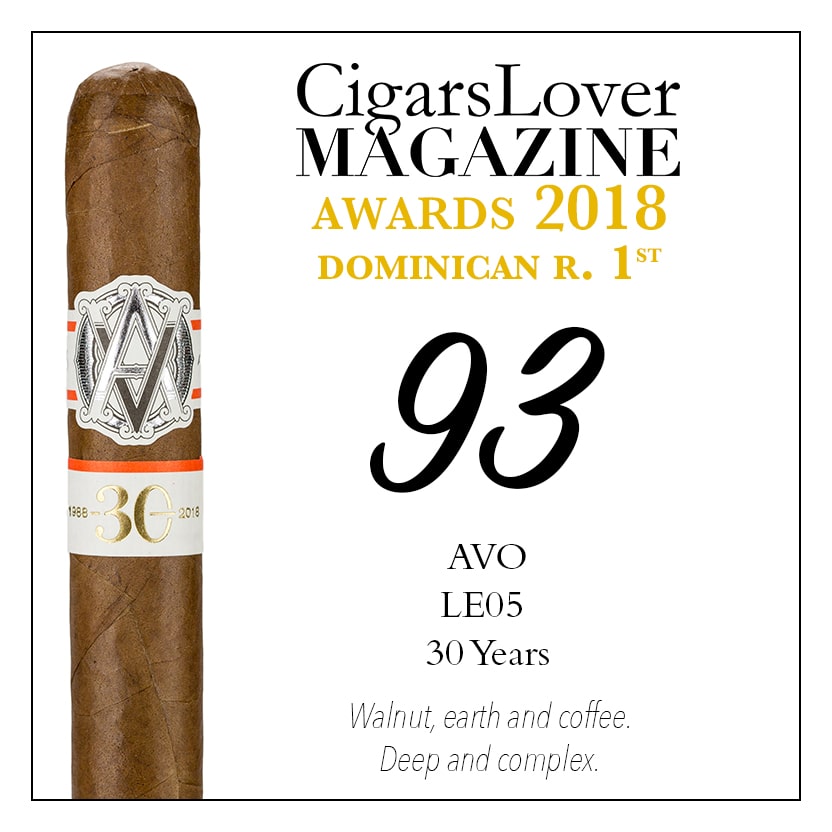 Thirty years after the creation of the brand, among the other commemorative series, AVO relaunched the limited series from 2005, the only one not to be revived in the box set from AVO’s Greatest Hits (as the available tobaccos did not allow the recreation of the same blend), containing all the other limited releases from 2001 until 2014.

It unleashes an intense smoke, equipped with an harmonious aromatic bouquet, with the remarkable complexity that has always distinguished AVO cigars.

Walnut and white pepper give way to the smoke, followed by earth, wood bark and spicy tips. In the central section, espresso coffee is outlined. In the last part, the spices are gone and rich notes of walnut and earth alternate until the end of the smoke. 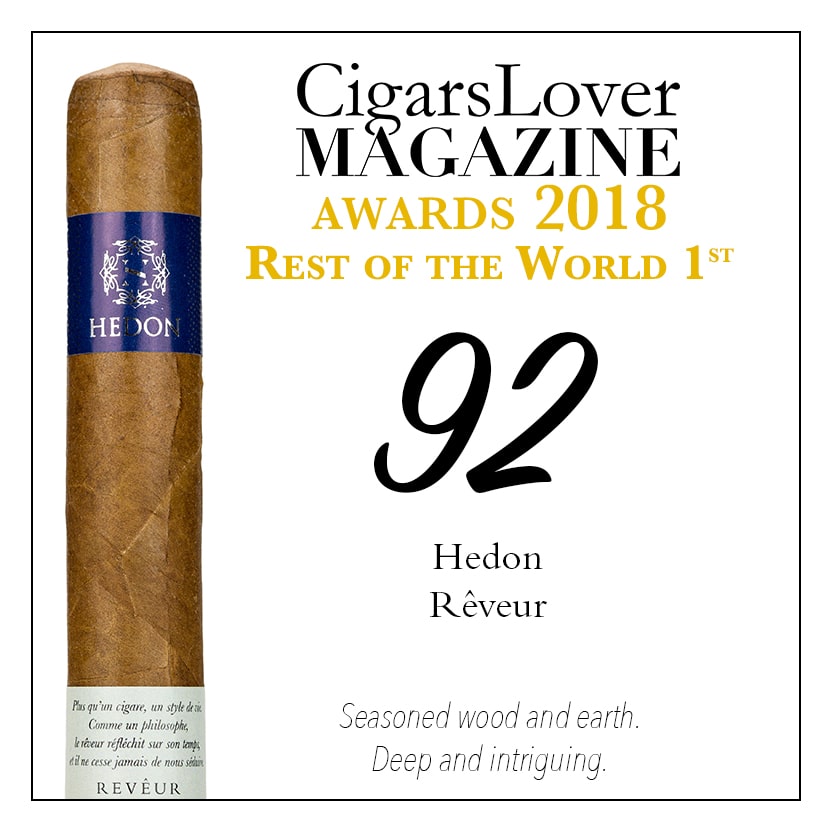 REST OF THE WORLD: HEDON RÊVEUR

Hedon cigars are made in France and at the base of their production is the pride of a chain located on site, which allows control and attention on every phase, from cultivation to processing. Tobacco is grown in the Atlantic Pyrenees, in France, between the Gaves and Adour regions. The leaves are aged for at least three years.

It releases a very well balanced smoke, with an harmonious flavor profile. The cigar boasts an important complexity and results deep and well structured.

It is characterized by a good sapidity, enriched by pleasant bitter nuances. It unleashes antique wood and earth, followed by intense hazelnut notes. The profile is then enriched with spices and hints of camphor in the finale.