Morrison & MacKay is an independent bottler, present on the market since 2014 with its current name, who actually started its activities back in 1982 as John Murray & Co. The Car Mor line consists of three series: Strictly Limited Edition, Celebration of the Cask Black Gold Edition and Celebration of the Cask. For some years now, due to legal reasons, Laphroaig barrels from independent bottlers have not been allowed to give their names. It was then decided to use the surname of Bessie Williamson, former CEO of Laphroaig. 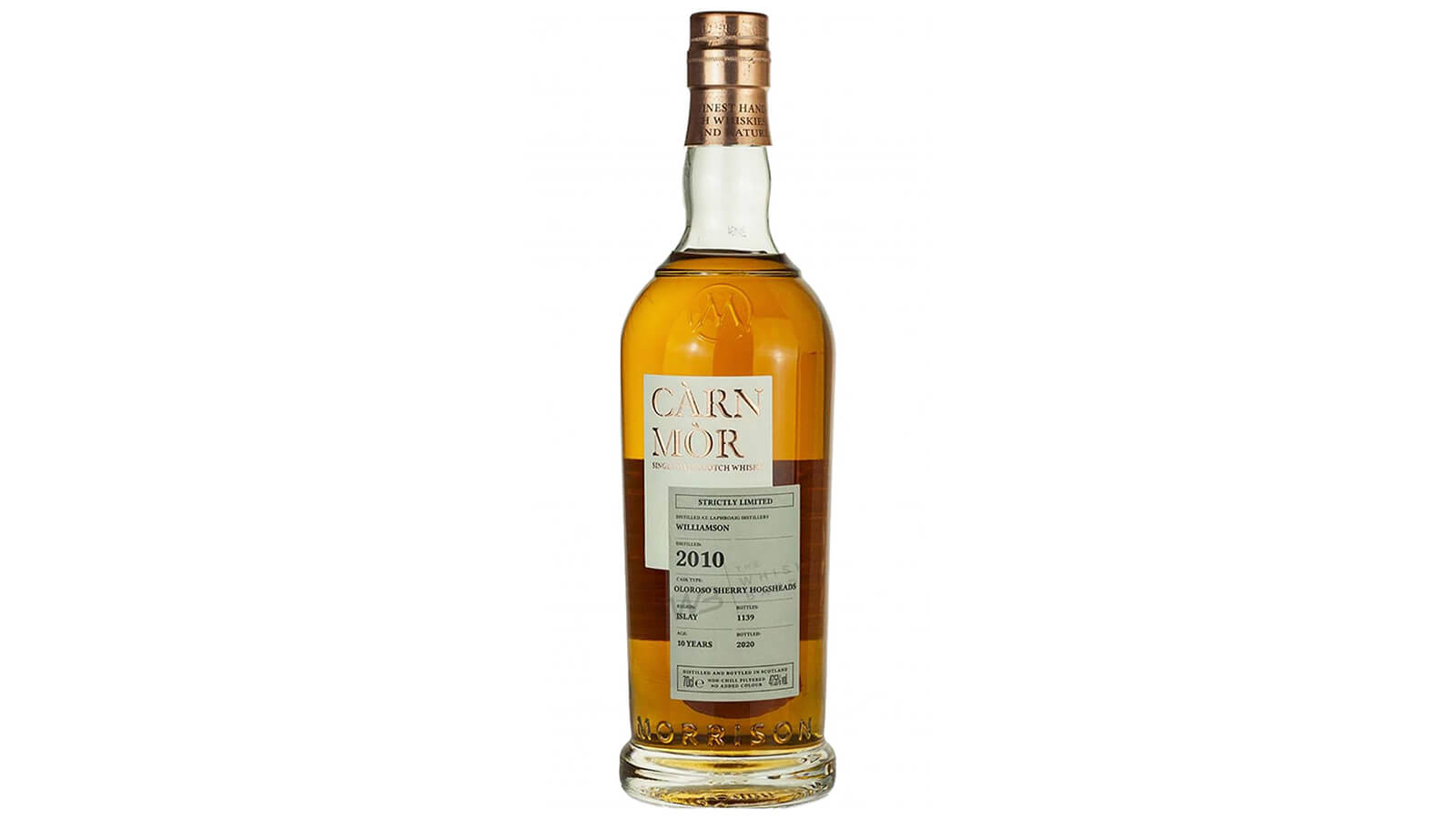 Peat, with medicinal and asphalt casting notes (i.e. between Laphroaig and Ardbeg). The ex-sherry barrels worked gently on the spirit, softening the peat without marking too much. Aromatic herbs, balsamic at times. Minor acidic notes, between citrus and not too ripe strawberry.

Again peat, alcohol that can be perceived at the beginning. Less syrupy than Laphroaig 10yo, with a more refined sweetness. Slightly mineral, with good balance. The notes of sherry reach the palate only when the initial contribution of peat has vanished, with hints of wild strawberry.

Overall, the Williamson 10 yo Carn Mor Strictly Limited is an interesting variation on the theme of the famous Distillery of Islay, with sherried scents that soften the peat almost transforming it and giving the sip a more structured sweetness. Even the higher ABV allows for greater expressiveness.