By ageing the whisky in oak casks we try to transfer aromas and flavors from the barrel to the spirit. Choosing a good casks is essential to obtain a good whisky. In addition to ageing, we have the finishing process: we use a very distinctive casks to  give the spirit another layer of complexity and to round its edges. 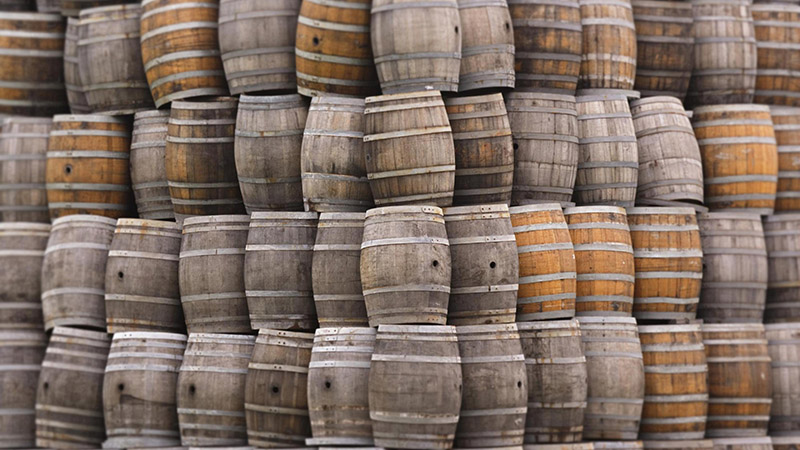 Although it may seem a common practice today, this process has gone from being experimental to become a widespread practice only during the last 15-20 years. Among the most used barrels for finishing there are Port pipes, which as the name implies are large 650-liters barrels that contained Vinho do Porto and Sherry butts, a smaller type of oak casks. There are also Madeira barrels and those used for ageing Rum. Recently some distilleries have raised the bar by introducing the use of barrels purchased from wineries, for example Sauternes, Barolo, Amarone, French barriques and Tokaji, but virtually any type of cask is usable. Glenfiddich just released two whiskies with an even more experimental finishing: in IPA (Indian Pale Ale) and ice wine barrels, a particular type of wine obtained by vinification of frozen grapes harvested in winter.

Starting from a product with a certain character, it’s obvious that the master blender  has to choose the right cask for the right spirit: nothing weak and nothing overpowering. To give a practical example, we won’t use a very flavorful barrel like a first-fill Sherry butt to finish a spirit with a light body and subtle taste. In essence, the finishing process allows the various distilleries to experiment and play with a much wider range of flavors and products. However since it’s a drastic intervention on the distillate, finishing attracted some criticism: detractors say that its aim is to soften products otherwise too sharp for the consumer, and sometimes it serves to hide certain defects in the final product.