Which story can the foot of the cigar tell?

Which story can the foot of the cigar tell? 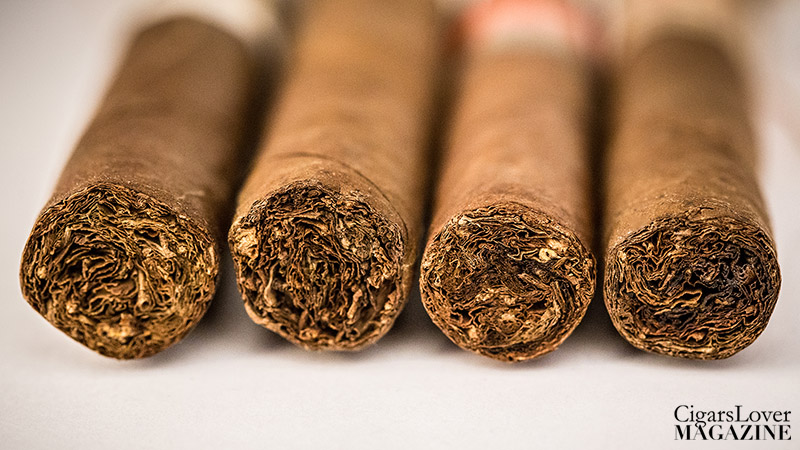 When purchasing a cigar (or a box), many are the factors influencing and finally determining the decision. Somebody is used to choose based on the wrapper color, selecting the most appealing and stimulating shade, or preferring the product with the least evident manufacturing defects. Others prefer to leave the choice to the nose. If the aroma is captivating, intense, or coherent with the expectations regarding the future smoke, this would be enough to trigger the purchase.

In addition to these crucial indicators, only a few smokers are taking the time to analyze the foot of the cigar, even though it can tell several stories concerning the smoke to come.
Besides the standard aroma perception, the tactile analysis can be devoted to this part, determining if the humidity level has been correct. Making sure to use a gentle touch, the foot of the cigar is the most elastic part, and can better sustain the compressions.

Sight is, however, the sense which allows us to capture most of the info, mainly from the foot. First of all, it is immediately evident how filled the cigar is with tobacco, being generous or insufficient, up to the extremes.

As one can imagine, if the foot appears very pressed and no “air windows” (the spaces between leaves allowing air to pass through) can be identified, most probably that stick may provide a difficult, even a completely closed draw. 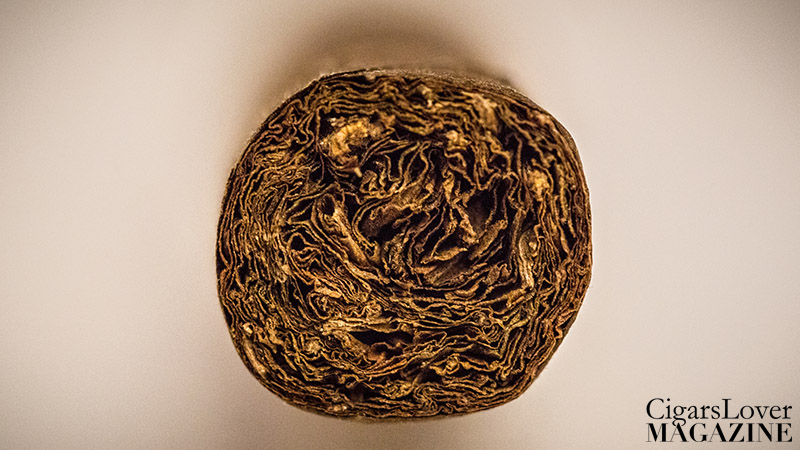 On the contrary too much space among the rolled leaves tells us about a cigar burning quickly, since a higher oxygen supply will cause the tobacco to burn faster. The analysis of how much tobacco has been used, evident from the foot, is ultimately the most important one to determine our final purchase selection.

A careful visual inspection can also appreciate the thickness of the wrapper and binder leaves or the correct positioning of the Ligero leaves. This leaf, providing the cigar its strength, is the slowest burning part, due to its chemical and physical characteristics, and due to this reason, it is placed at the center of the filler.

The Ligero, sometimes, is visible at the foot of the cigar since this is the darkest of the leaves and, as mentioned, is placed at the center of the cigar’s cross-section.

A specially trained aficionado could even be successful in detecting additional info, obtaining extra insides on the manufacturing process, which are less critical for the purchase, as they will not impact on the smoke itself. One of these is the rolling technique, the two most commonly used being: Plisado and Entubado. With the Plisado technique (literally meaning folded) leaves are bent “accordion” style, and then wrapped into the binder. The Entubado technique, on the contrary, consists of rolling each filler leaf on its own and then wrapped again in the binder. However, the roll, according to one or the other technique, is not providing significant differences during the smoking of the cigar.

In conclusion: it is important to start “with the right foot!”