After the construction of the new Villiger do Brasil factory, Villiger relaunches the cigar brand of the same name Villiger Do Brasil.

The new Villiger cigars will be released at the TPE 2020, which will be held from 29 to 31 January at the Las Vegas Convention Center. It will be released in two different blends, Claro and Maduro. 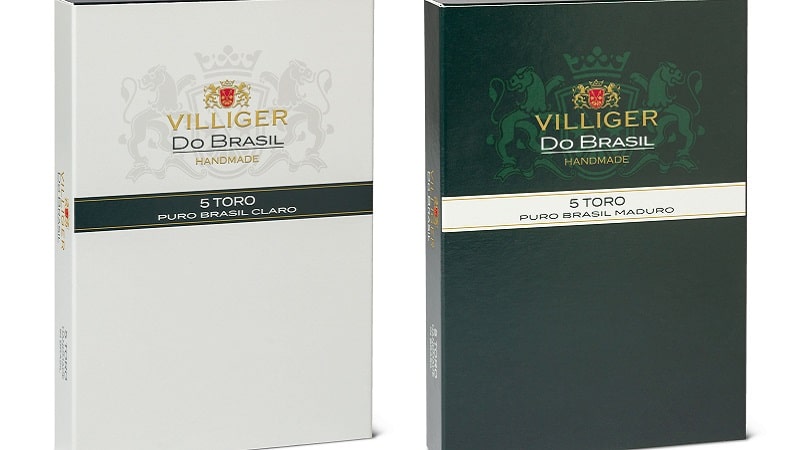 The Villiger family’s relationship with Brazilian tobacco dates back to the beginning of the Villiger cigars in 1888. Jean and his wife, Louise Villiger imported Brazilian tobacco, shortly after the founding of the company. Later, in 1979, a Villiger subsidiary opened Porto Alegre (Rio Grande do Sul), Brazil. The company was called CHARUTOS TOBAJARA LIMITADA and produced handmade cigars for export to Germany and Switzerland. Villiger subsequently moved operations to northern Brazil (Bahia) where the new Villiger do Brazil factory was opened.

Villiger Do Brasil cigars promise a multifaceted journey to the land of passion and showcases it in two blends.

The Brazilian Connecticut Shade wrapper gives the CLARO version a velvety light brown tone, which visually supports its balance and fine aromas. Typical notes of coffee and wood meet a delicate sweetness, with hints of cedar and pepper.

Arapiraca tobacco gives the MADURO version a dark brown tone, silky to the touch with a fruity character. The profile circles around notes of leather and coffee. Both blend are medium in flavor, although the MADURO is slightly stronger.

Villiger’s chairman of the board, Heinrich Villiger, said: “My family has seen the value of Brazilian tobacco since 1888, with small batches of Villiger cigars. Brazilian tobacco is unique, in that its very robust structure brings strong aromas and flavors with it. Its distinct qualities can only be created in Bahia, Brazil. We look forward to sharing the Villiger do Brasil brand with the United States market. “