The Cuellar Black Forest, one can guess from the name, is inspired by the Black Forest. A stretch of about 170 km covered with ancient pine trees that prevent sunlight from reaching the ground. It is located in the southern part of Germany, near the border with Switzerland where the headquarters of Villiger are located. 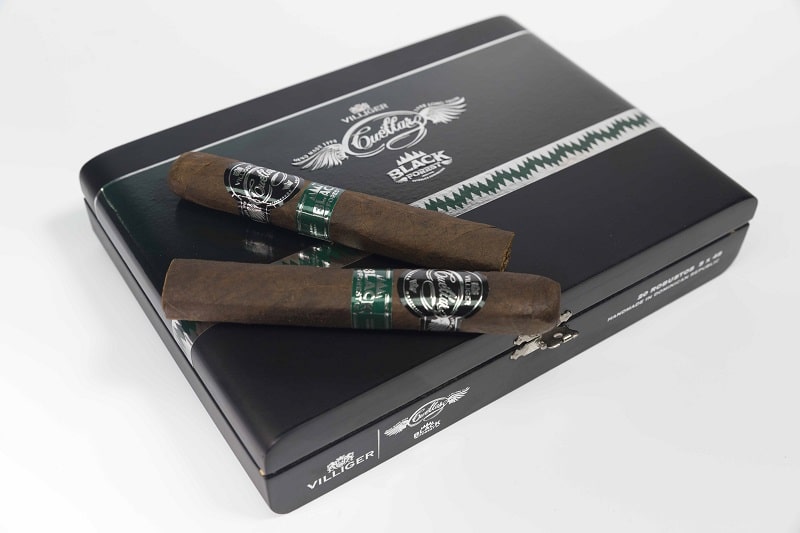 The Grimm brothers, based on the German folk tradition, have set many of their fables in this place. In fact this less hospitable territory, where the constant fog creates a dismal environment. These fertile grounds where to give life to legends of werewolves, monasteries, castles and ancient Celtic cemeteries infested.

Villiger Cuellar Black Forest reproduces this uneasiness in the packaging.  The box, as well as the main band, is a dark opaque black, the second band instead is green, while the writings are in silver.

According to Heinrich Villiger, the Black Forest of Cuellar “marries the Caribbean tobacco craft with Swiss / German folklore, culture and mysticism”.

The new cigars are produced in the Dominican Republic, by Jochy Blanco at Tabacalera La Palma. The blend is composed of a Mexican Maduro wrapper, while binder and fillers are of Dominican origin.

Available from November 1st, the cigar comes in 20 count boxes with the retail prices ranging from $ 7.80 and $ 8.40 per single cigar.