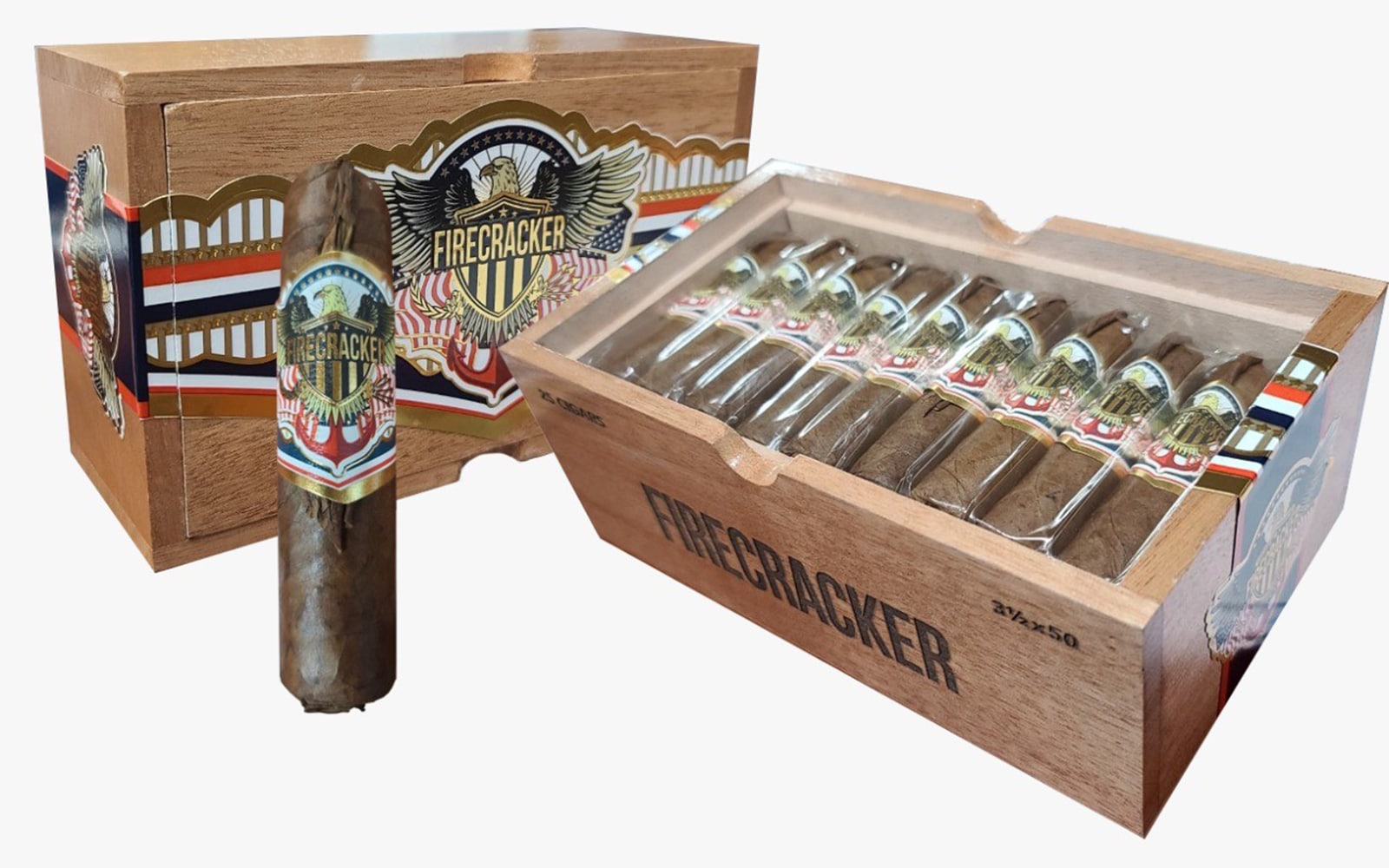 The United Cigars Firecracker release will be getting a brand new look for 2021.  The Firecracker has received a retail-friendly packaging design and embodies the United mantra of “United We Smoke.” The natural wood lacquer finished box is covered with a large version of the newly designed Firecracker label, and the label also secures the removable lid during shipping. Once removed, the lid rests on the backside of the box for retail display. United Cigars worked with Alsack Labels on the packaging, a local printing company in Santiago De Los Caballeros, Dominican Republic. Director of Operation for United Cigars, Oliver Nivaud, said, “these updates not only elevate the presence on the shelf but the upgraded blend with aged Dominican and Nicaraguan Ligero will be a crowd favorite.”

The first Firecracker hit the market back in 2006, originally as a shop exclusive. Since then, the cigar has grown into the United portfolio. The United Firecracker is a short vitola coming in at 3 1/2 inches by 50 ring gauge. The 2021 United Firecracker uses an Ecuadorian Habano wrapper, a Dominican Pilote Mejorado binder, and filler tobacco made up of Dominican Seco and Ligero, with Nicaraguan ligero. The cigar has a very long fuse like wick at the cap and resembles a firecracker—a very popular cigar in the USA around the 4th of July. The United Firecracker will come in 25 count boxes and have an MSRP of $5.99 per cigar.

The updated line will be shown at the Tobacco Plus Expo in Las Vegas, NV, on May 12th, 2021. Cigars are already rolling out to retailers at the time of this story.