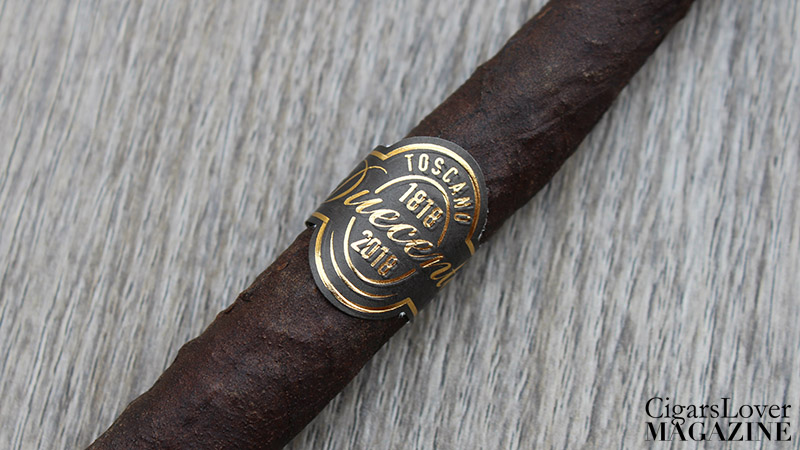 After months of waiting, the celebratory product of Toscano’s bicentennial is finally in store and is called Duecento (in english “Two Hundreds”).

The cigar is handmade in the factory of Lucca, starting from the filler of selected Italian and North American Kentucky leaves, wrapped in a selected North American Kentucky leaf. Nothing new, except for the word “selected”. New, however, is the size: a 200mm (7.9″) conical shape, made specifically for the bicentennial. The price of 21 euros is a rather high for the brand standard production, but in line with its limited editions. 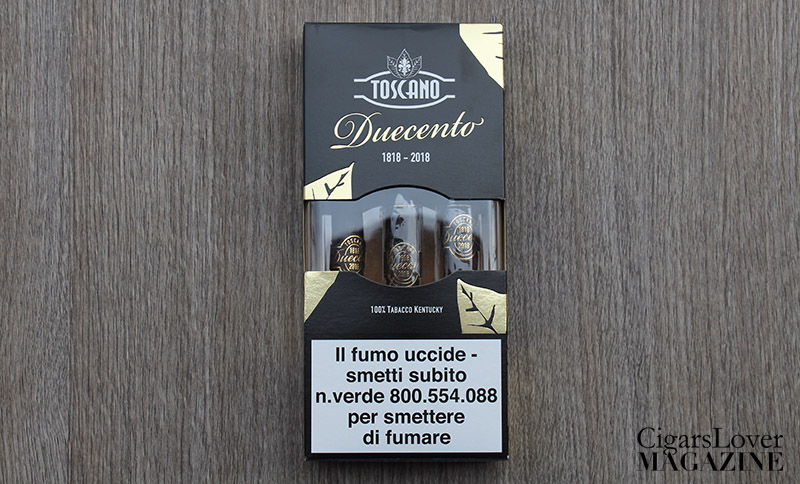 Before removing the outer casing of cardboard, we realized a small absence, which to the watchful eye of a Toscano smoker can not go unnoticed: there is no sign of the sticker reporting the production batch, which allows the identification (with a good approximation) of the week and year of production. This sticker is present on all the commemorative cigars handmade by Manifatture Sigaro Toscano. 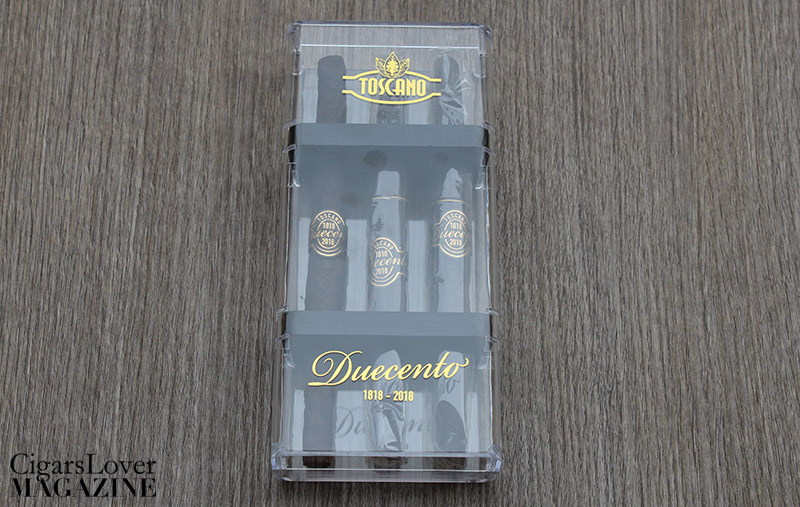 So we went looking for a stamp, which can be found on hand-made products from the standard portfolio. After opening the cardboard, we realized that this sticker is placed inside the packaging itself. Thanks to this, however, we can understand that the production lot refers to the first week of June 2018. This celebratory edition is presented in a completely new packaging for the brand: the three cigars are placed in a plexiglass box with small removable wooden inserts. The opening is entrusted to intuition, since only four angular magnets hold the two halves of the package together. 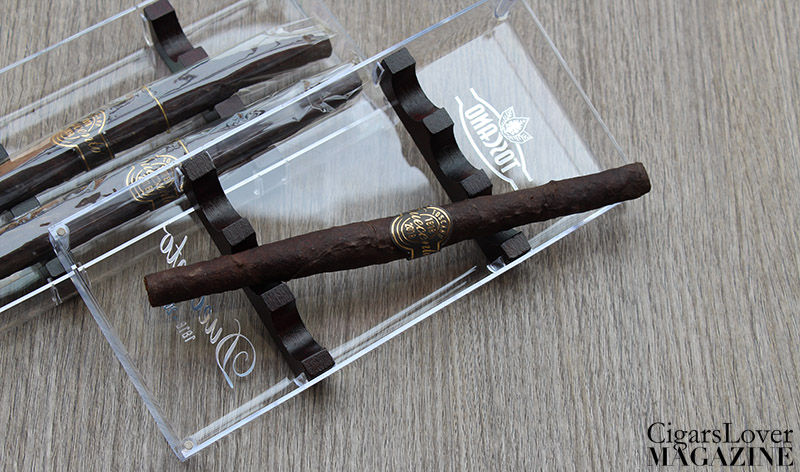 At the sight the cigar is wrapped in a very dark brown wrapper. The texture of the leaf is the usual rough looking wrapper with pronounced veins.

Toscano Duecento: to the nose we perceive faint scents that of leather and natural rubber, with more intense scents of earth.

Aromatically, the profile is made up of a good mix of wood, walnut and earth, together with a delicate spicy nuance. The intensity is good and the strength is medium-light (2/5). 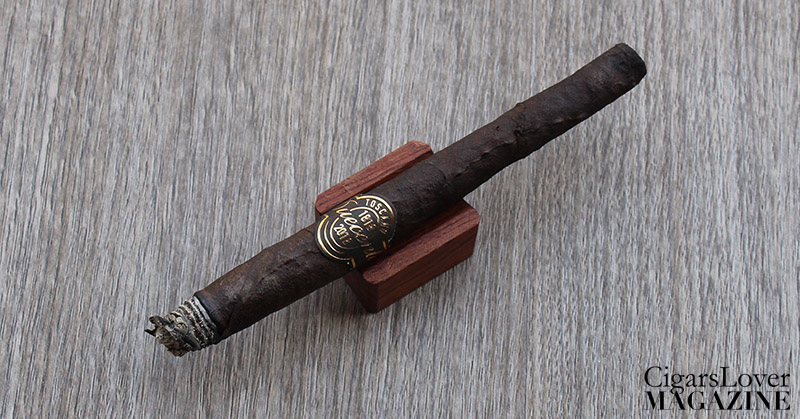 Reaching the middle part of the cigar, aromas remain unchanged, although a soave bitter note, barely present, gains strength in the end of the smoke, balancing the saltiness by replacing the sour component. The aromas change slightly: the wood becomes very pronounced, the spices are structured better and become perceptibly medium, the earth remains unchanged in intensity, while there also mineral hints perceivable. The strength increases slightly, becoming medium (3/5) toward the end of the cigar.

Overall, this Toscano Duecento shines for a good aromatic expression and an excellent balance between strength and aromas. The smoke is round and full. The aromtic bouquet, considering it is a medium filler, is not particulary wide, but it is appreciable. It is a satisfying product, capable to deliver a long meditative smoke. The only flaw is between the flavors and length of the cigar: considering the long smoking time, some more variations in the aromas would have improved the smoking experience.

If you decide to smoke it ammezzato (cut in a half), the cigar gets a bit more bold: you do not have to wait to reach the full body smoke and the cigar will appear stronger and with some slightly more pronounced flavors.

The Toscano Duecento is promoted. However, there is another characteristic that has brought together the latest limited editions from Manifatture Sigaro Toscano: as it happened for the “Stilnovo” and for the “Originale Millesimato”, time worked in favor, making them better performing compared to what that were capable of at the time of their release. This could happen also with the “Duecento”. Probably even a year in the humidor will be able to give us a slightly different flavor profile. The suggestion, as always, is to test at least one box to elaborate a personal liking and decide whether to keep pieces for the next months (or years).