The Dublin Liberties Launch Four New Aged Whiskeys In The Us

The Dublin Liberties Launch Four New Aged Whiskeys In The Us 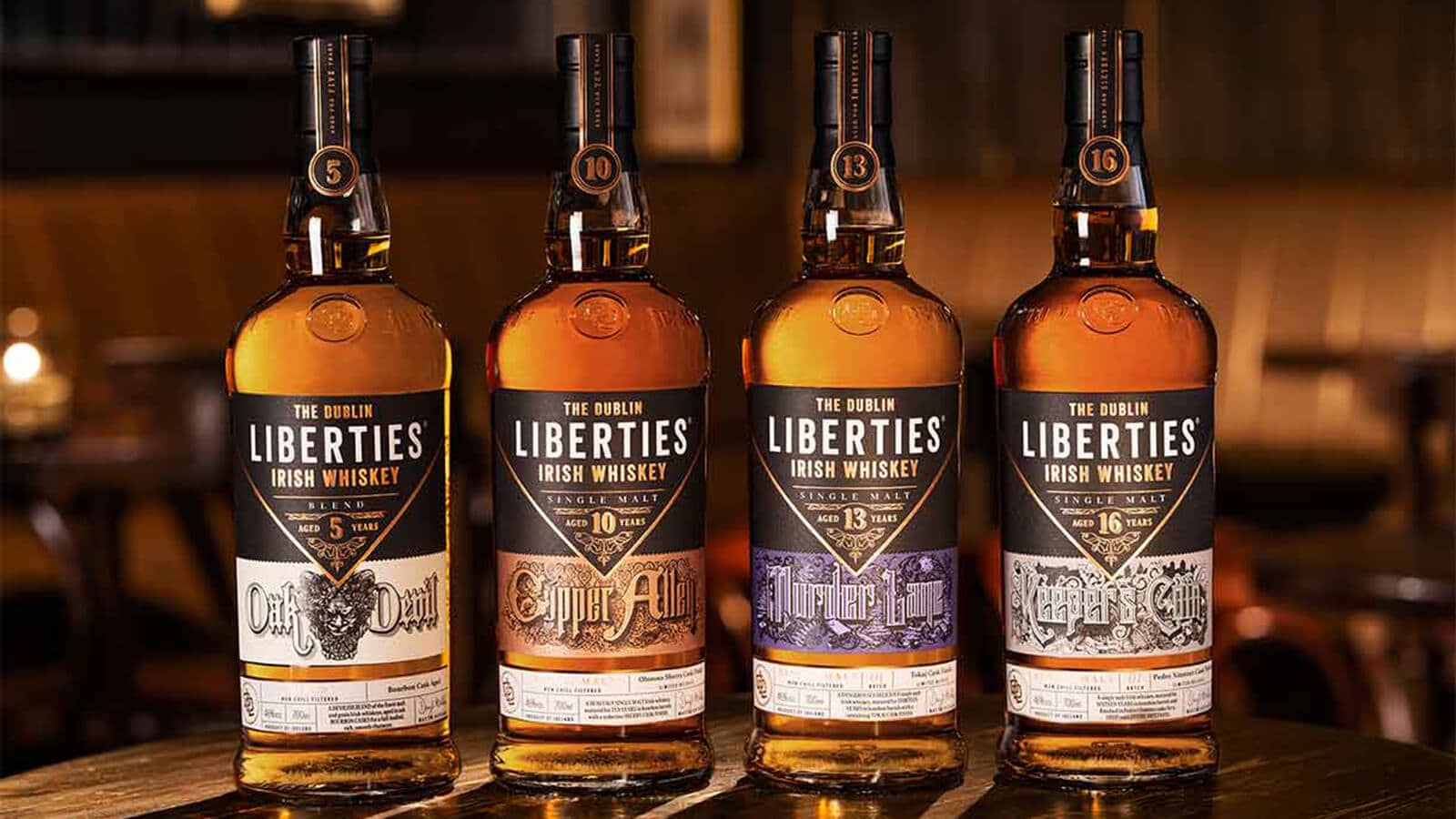 The Dublin Liberties Distillery is bringing four offerings into the US market. All of the new whiskeys have names with deep meanings to Dublin. The youngest of the whiskeys comes in at a 5 year, with the oldest at 16. All four new releases come in at 46% ABV (92 proof).

THE DUBLIN LIBERTIES OAK DEVIL
Oak Devil is a blend of 30% malt and 70% grain whiskeys aged for 5 years in ex-bourbon barrels. The name comes from the Oak Devil story that stood watch over the distillery district in Dublin called The Liberties. Story has it that the Oak Devil suddenly disappeared one night when seduced by the whiskey angels escaping from the barrels. Oak Devil is bottled without chill-filtration. The 750-ml bottle has an MSRP of $44.99-49.99.

THE DUBLIN LIBERTIES COPPER ALLEY 10 YEAR
The Copper Alley bottling is a single malt aged for 10 years in American oak ex-bourbon casks. Then finished in 30-year-old oloroso sherry casks. The history lesson with the Copper Alley naming is it’s the oldest street in Dublin. The street was named after the coin that was first minted there in the 17th century. Copper Alley 10 Year is non-chill-filtered. With an MSRP of $59.99-64.99 for the 750-ml bottle size.

THE DUBLIN LIBERTIES MURDER LANE 13 YEAR
Murder Lane is a single malt that is aged for 13 years in American oak ex-bourbon barrels. Murder Lane gets its name from the unmarked alleyway known as Murdering Lane in Dublin between Bow Street and James Street, where many souls met their fate in the early 1600s. Then it is finished in Hungarian oak Tokaj wine barrels. It is bottled without chill-filtration and has an MSRP of $89.99 for the 750-ml bottle.

THE DUBLIN LIBERTIES KEEPER’S COIN 16 YEAR
Keeper’s Coin is a single malt that was aged for 16 years in American oak ex-bourbon barrels. Then finished its aging in ex-Pedro Ximenez hogshead casks. Keeper’s Coin is named for illicit drinking crypts around Dublin’s distillery area. The cellar keepers had their own individual coins and casks. Bottled at 46% without chill-filtration it has an SRP of $159.99.

Four new releases with interesting stories included in each bottle. No exact release date for the whiskeys, but should be landing soon in the USA.