The Davidoff Limited Edition Year Of The Tiger

The Davidoff Limited Edition Year Of The Tiger 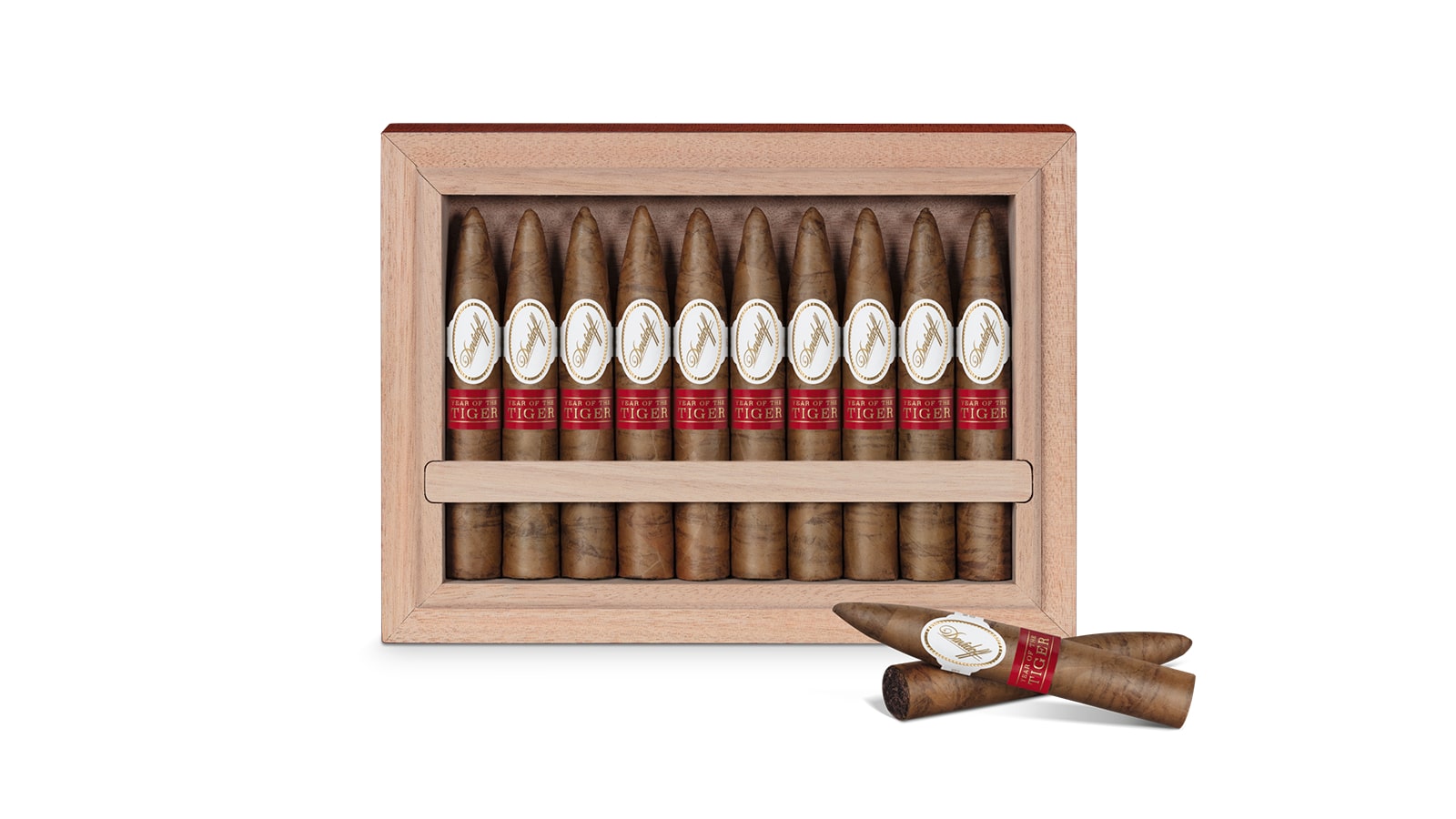 Davidoff has released the information about their 2022 Zodiac Series release. Just like the Chinese Zodiac Calendar, the 2022 release is The Year of the Tiger. As with other Zodiac Series releases, there will be a full line of matching accessories. This year there will be a red leather cigar case, a red, white, and gold ashtray, pipe tobacco (only outside of the USA), and the Masterpiece Humidor. Davidoff is doing a lot of things differently for this special release. The Year of the Tiger is a smaller cigar than all the previous releases in this series: a 52 x 127mm (5″) Piramides. This is the first time they have used anything smaller than a 152mm (6″) cigar. This is also the first time in the series that Davidoff has used an Ecuadorian Connecticut wrapper. Another one of the first for Davidoff is a special treatment to the wrapper. Davidoff said they used a natural treatment on the wrapper to make it look like a Tigers fur. There is also another thing that Davidoff has done for the seriess: use a different size cigar for their coinciding Masterpiece Humidor release. Davidoff used a Toro size Year of the Tiger in their humidor release instead of the Piramides. Davidoff has also increased the total production of the 2022 series to the highest ever. The 2022 release will have the most boxes ever produced of just the Piramides size, not even including the additional Toro cigars in the Masterpiece Humidor release.

Enough talk about the Davidoff firsts, let us tell you about the Year of the Tiger cigar itself. The Tiger is a 52 ring gauge by 127mm (5″) Piramides cigar. It uses an Ecuadorian Connecticut wrapper that has been naturally treated after rolling to make the wrapper look like Tiger fur. Under the fur, there is a Dominican Hybrid 257 Seco binder. Davidoff used five Dominican fillers in the blend. The filler tobaccos are: Hybrid 254 Viso, Hybrid 259 Seco, Piloto Ligero, San Vicente Mejorado Seco, and San Vicente Mejorado Viso. The Year of the Tiger is presented in 10-count limited edition red and gold boxes. Cigars have an MSRP of $42 per cigar or $420 per box. There will be a total of 17,350 boxes for the 2022 release (173,500 total Cigars). 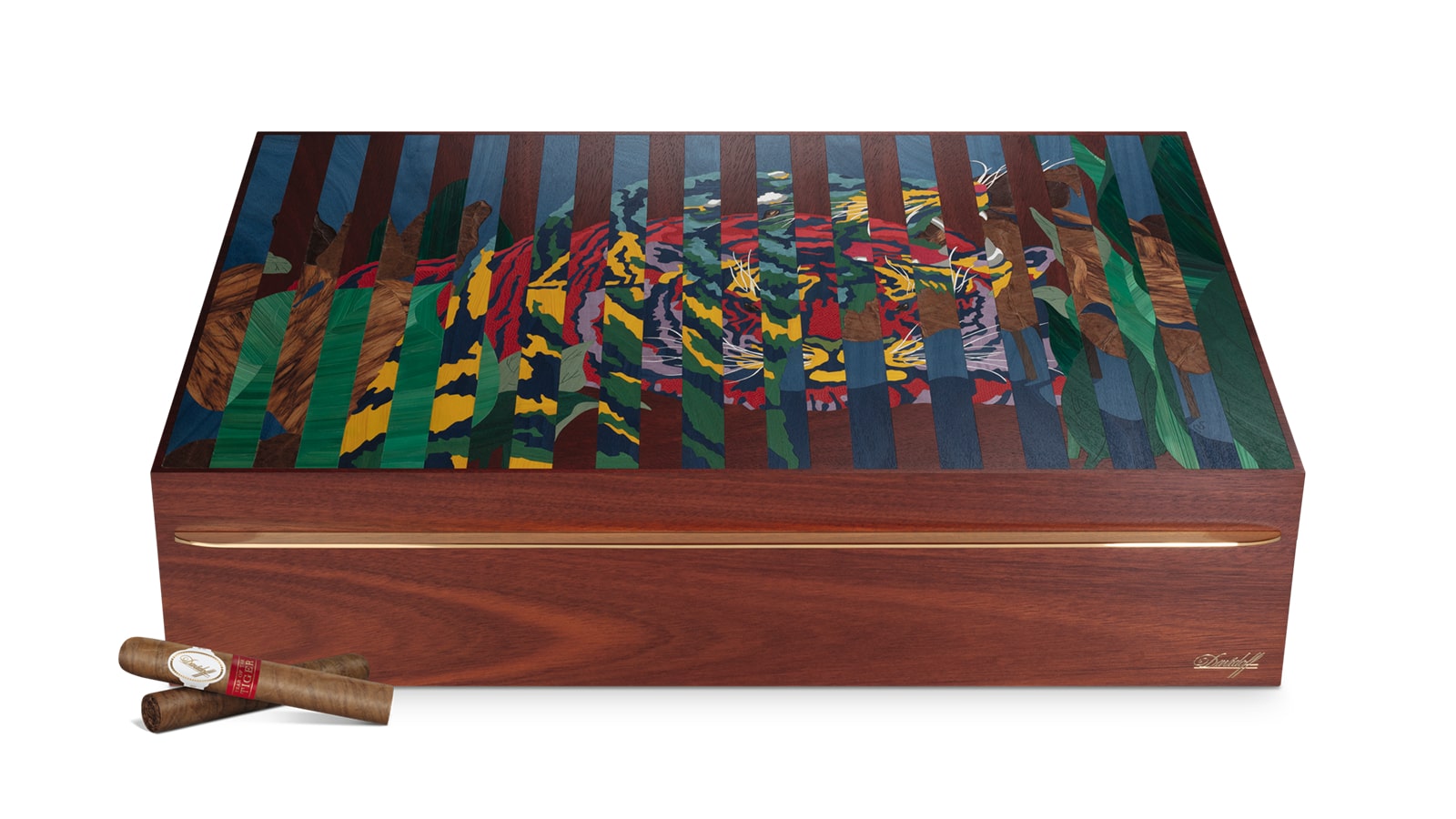 The Davidoff Year of the Tiger cigars, and accessories, are scheduled to be available in November 2021.