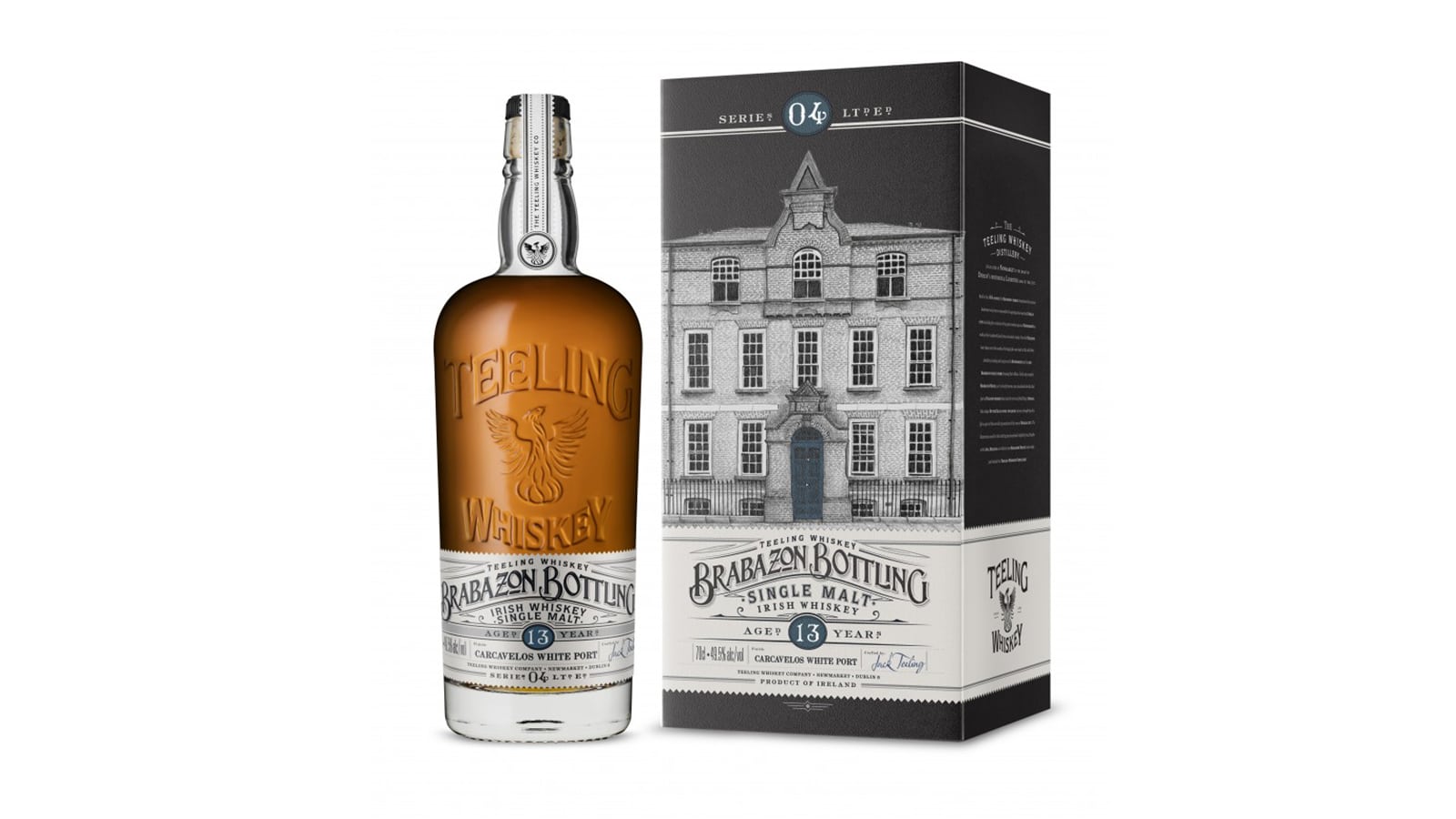 Teeling Distillery has released the highly anticipated fourth bottling in their Brabazon Series. The series is named as a tribute to the Brabazon family, who from the 16th-19th centuries presided over the Liberties’ area in Dublin where the Teeling Distillery has been built. Volume 4 is a 13-year-old single malt that was distilled at Teeling’s back in 2007. The single malt was originally aged in port casks, with a finishing period of over two years in rare Carcevelos White Port barrels. Volume 4 will be the fourth and final bottling in this limited-edition series.

The Teeling’s Brabazon Volume 4 is currently only available in Ireland but will soon be available in Benelux, France, Germany, Switzerland, Russia, Australia, and select Asian markets. Limited production with only 10,000 bottles being produced. The 750-ml size bottle has an MSRP of €95 ($115).