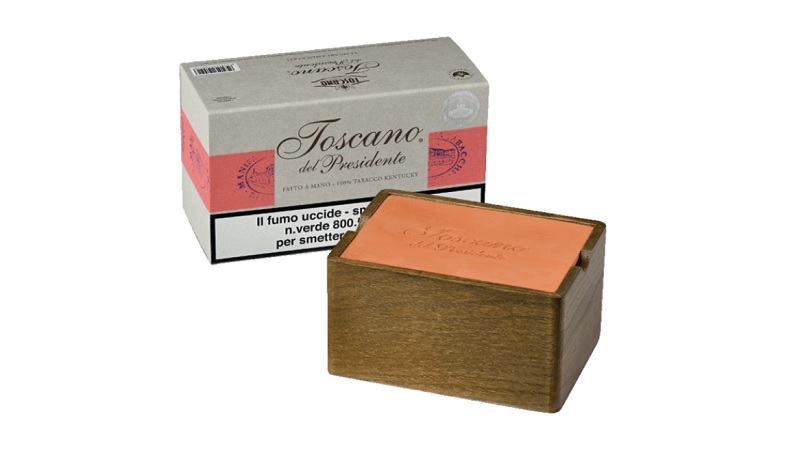 As usual, between the time before Easter, Manifatture Sigaro Toscano releases the Toscano del Presidente, the most renowned Ammezzato of the Italian cigars.

It is a cigar with a unique and at times mysterious history. It was in fact a handmade production which, starting from the 70s, was destined for the highest offices of the state (hence the nickname “del Presidente”) and therefore not available for sale. Only in 2006 it was decided to sell this product in a 32 piece cardboard box.

Although it is a Ammezzato, it has always given a short but very refined, elegance and complexity smoke.

This year, however, MST has decided to introduce a new packaging that will be a limited edition. The cigars come in a wooden box, with a terracotta lid, containing 32 Toscano del Presidente. Retail price is set at a 140 Euros. From indiscretions not yet officially confirmed, but listed, it would seem that in the coming months (June, it would seem) it will be possible to also buy a 16 count pack for 70 Euros.