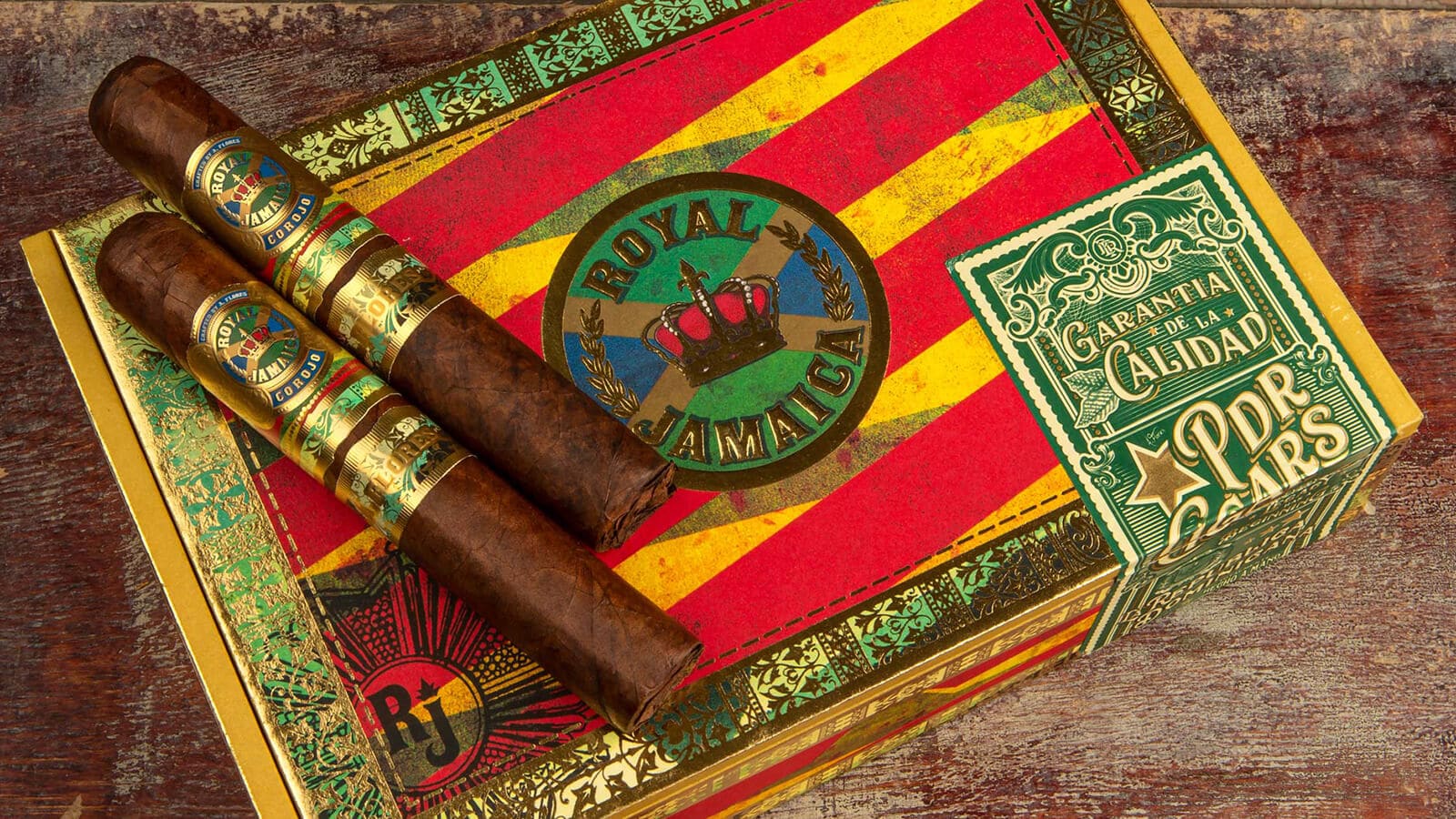 Casa de Montecristo, the premier luxury line of cigar stores and lounges, is reviving this brand with an elegantly packaged premium cigar. Master Blender Abe Flores of PDR Cigar Factory was chosen to create the Royal Jamaica blend. “At Casa de Montecristo,” said CEO Brad Winstead, “we are always looking for ways to offer our adult clientele the highest quality products. We felt that Royal Jamaica fits in perfectly with our brand and what is expected of us. Master Blender Abe Flores created a rich and unique blend for our modern interpretation of this brand, and we look forward to presenting this exclusive brand to the public.” Abe successfully created a blend that proudly represents the Royal Jamaica brand. “I was honored when asked to create a cigar blend which would carry the Royal Jamaica cigar brand,” says Abe Flores. “We placed special attention on the tobaccos used because we wanted the legacy of Royal Jamaica to live on.”

The Royal Jamaica cigar has an Ecuadorian Corojo wrapper, a double Ecuadorian Habano Binder, and all Dominican fillers. Three vitolas will be available for the Casa de Montecristo store exclusive. A Toro at 6×52, a Robusto at 5×52, and the lines “Gran Corojo” that measures in at 6×47. All sizes will come in 20-ct boxes.