At the end of the ’90s Romeo y Julieta has been one of the four brands (together with Montecristo, Hoyo de Monterrey and Partagas) chosen by Habanos S.A. to launch a new line called Limited Edition. However, at that time, the interest that a small batch cigar could have generated was underestimated, and thus for the first year of production the associated year was not mentioned on the second band. 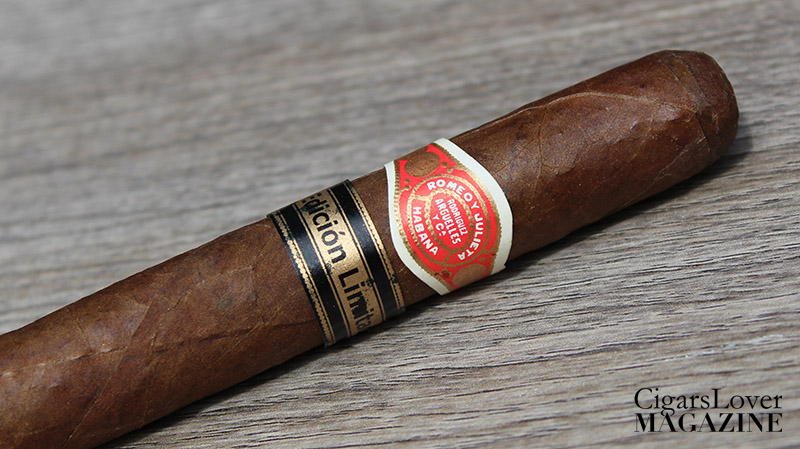 The Exhibicion N. 2 is wrapped in a dark Colorado Maduro wrapper. The wrapper is still silky when touched, with minor veining and filling is even and generous.

Romeo y Julieta Exhibicion No.2 EL 2000: before lighting the cigar up, the aromas are limited in number, but still well defined: wood and spices.

Opening is rather mineral and the cigar requires some minutes to open up, which later on explodes into a strong wood note, with camphor and balsamic hints, followed by white pepper and a more salty character. Strength is medium (3/5).

The second third remains coherent with the initial flavors, while the aromas change in a pleasent way: both the aged wood and the white pepper are still present, while coffee and a major peanut note appear. Strength slightly increases to a medium-full level (4/5).

In the last third the mineral note keeps increasing, becoming very intense, while a slightly acidic character appears, that refreshes the smoke. Again the evolution keep being interesting, now providing notes of walnut, white pepper and peanut, as well as an interesting licorice taste, which enriches the last puffs of this very long cigar. Strength is still medium-full (4/5). 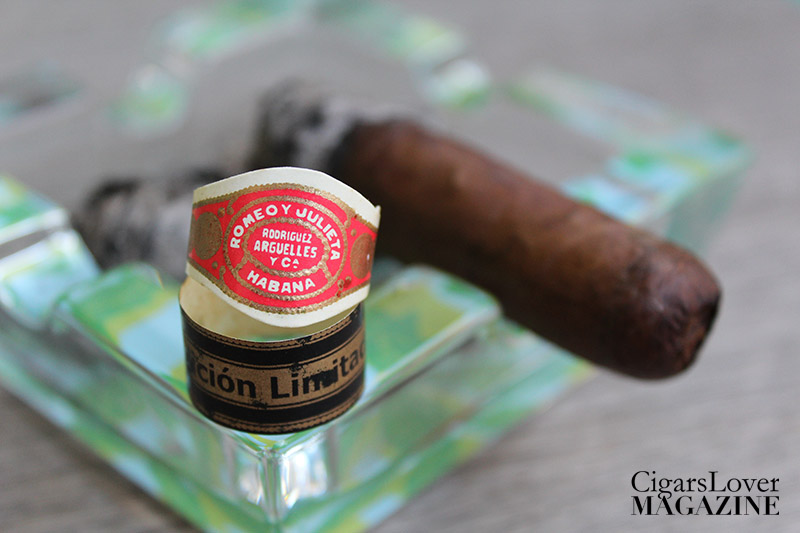 Overall, the Romeo y Julieta Exhibicion No.2 gives off a smoke of greater intensity compared to the regular production. It features, in addition, a good performance when extensively aged. The only disadvantage of these cigars is the more than generous filling, which is excessive in some samples. One of the tested samples was, in fact, featuring an almost non-existing draw.