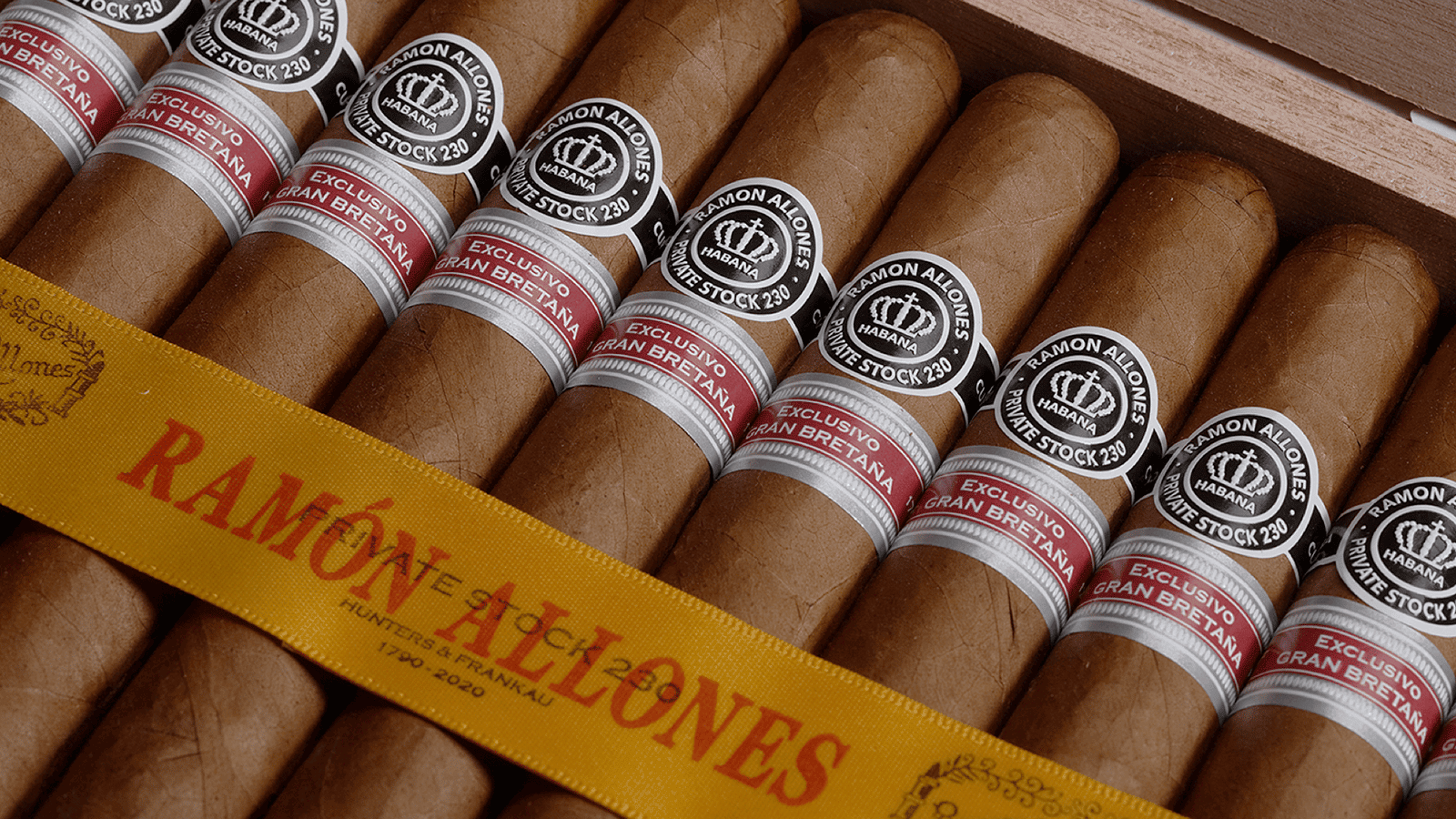 The Ramón Allones Private Stock 230 Exclusivo Gran Bretaña is arriving in stores around the United Kingdom. This special regional edition commemorated the 230 anniversary of Hunters & Frankau, the exclusive Habanos distributor in the U.K., and was initially scheduled for 2020.

As for the boxes, the vintage look is a tribute to the original Ramón Allones Private Stock from the early 20th century when John Hunter Morris and Elkan Limited, a precursor to Hunters & Frankau, owned the brand. The black-on-white band and yellow ribbon are nods to the original packaging.