Quai d’Orsay No.50 is one of the latest releases from Cuba. Only released a couple months ago, it showcases the updated Quai d’Orsay brand. The new band, in addition to the brand’s name, it reports the name of the cigar (vitola de salida) and in this case we have the “No.50” underneath the logo. 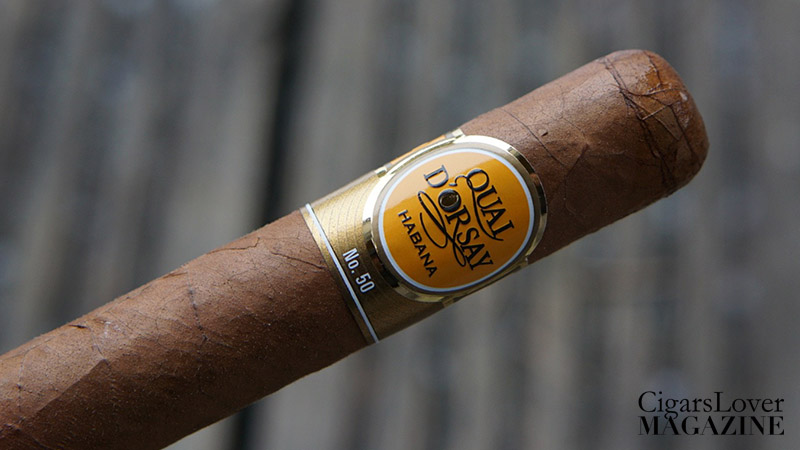 The cigar is dressed up in a Colorado Claro shade wrapper, slightly rough to the touch. Feeling the cigar up, it reveals some underfilled spots and for such a small cigar there are quite a few. 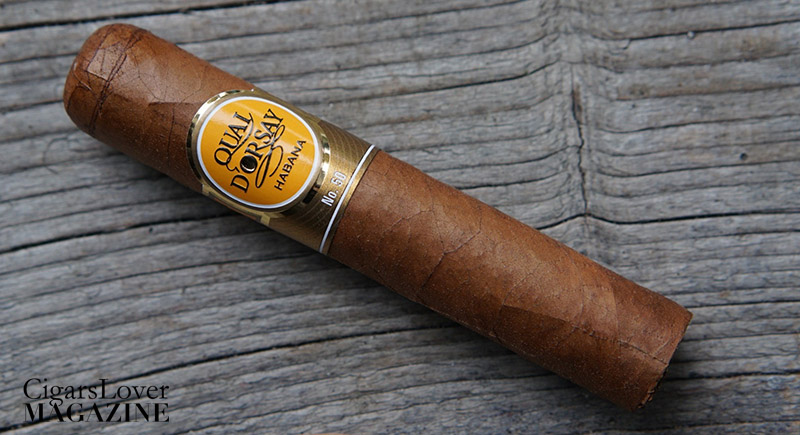 Quai d’Orsay No.50: earthy scents, almost not perceptible, on the cold draw. The smoke starts out very sour and with an intense vegetal note to it.

After the first few puffs, it reveals a mix of sour and salty flavors, supporting the vegetal note perceived in the opening. The harmony is somewhat contained and the cigar is unbalanced. Strength is light to medium (2,5/5). 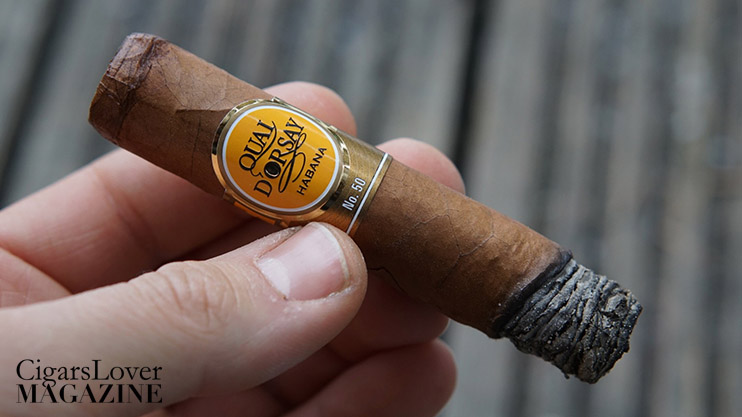 Advancing into the second half, the smoke stays mainly vegetal, with the inclusion of nuances of balsamic herbs and a hint of hazelnut. The smoke gradually becomes less and less aromatic and there is a rather marked bitterness now, which concludes the smoke. Strength does not change (2,5/5).

Overall, a smoke that is rather unbalanced, with a mix of sour and salty flavors that later turn into bitterness. From construction to fruition, this Quai d’Orsay No.50 has very few qualities capable of reviving this brand. All that remains is to hope for an improvement of this cigar in the next productions.