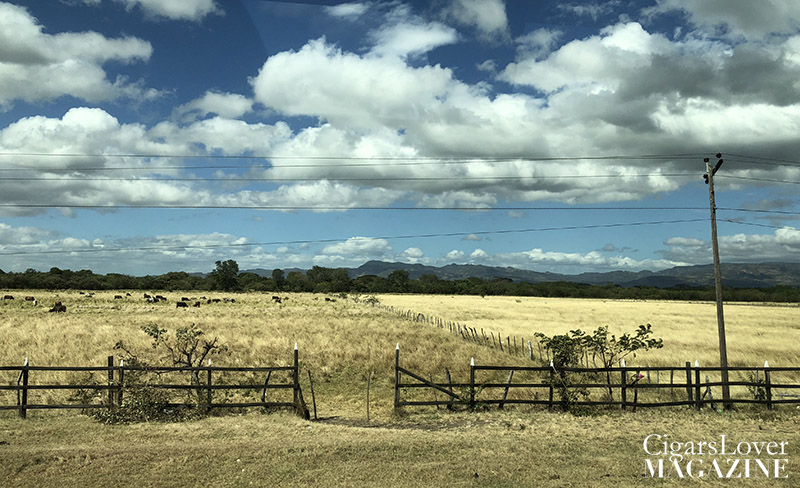 On Wednesday morning all the groups headed toward Esteli, about 190 kilometers from the city of Granada. The trip, which lasted about two hours before a stop at Victor Calvo’s fields, gave us the opportunity to better observe the Nicaraguan reality outside of Granada. During the journey we have found, once again, how the roads of this country are very different from what we are used to: in addition to the holes and the absence of guard-rails, you must overtake carts pulled by animals, or dodge horses and cows grazing at the side of the road without a shepherd. Vegetation, outside the small villages, is imposing in all its majesty because it is untouched by man: in addition to some sporadic shack or farm, only the pylons of the electricity grid and the dry stone walls are revealers of a small civilization. In the background of this countryside, you can see the mountains and highlands, where Estelì rises, positioned at 135 meters above sea level (compared to the 35 of Granada). The approximately three hours of overall travel, was cut in half thanks to a scheduled stop at the finca of Victro Calvo. 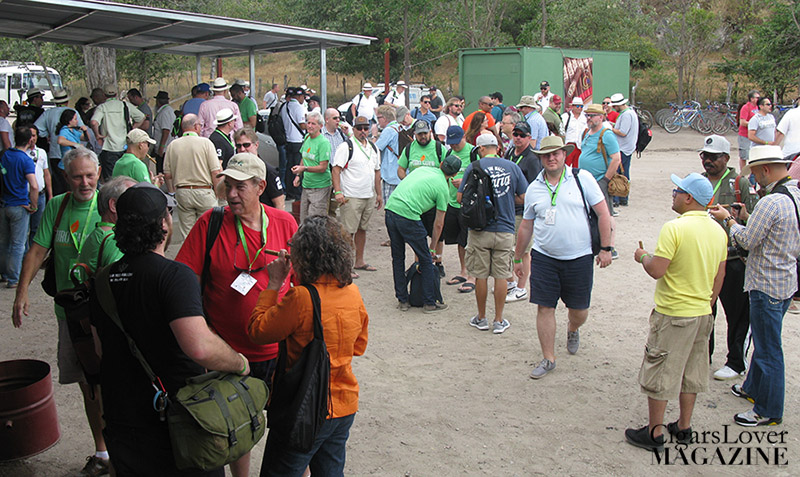 This was the first day dedicated to the cultivation of tobacco. What has particularly attracted our attention has been the complete coverage of the tabaco tapado (from which we obtain the leaves for the wrapper): robust sheets of cheesecloth completely cover the whole cultivation area, to limit sunlight and in return getting thinner leaves. Wrapper leaves are the most valuable, because of their characteristics and the particular processing it goes through. All this is also reflected in the price, which can reach $30 per pound. 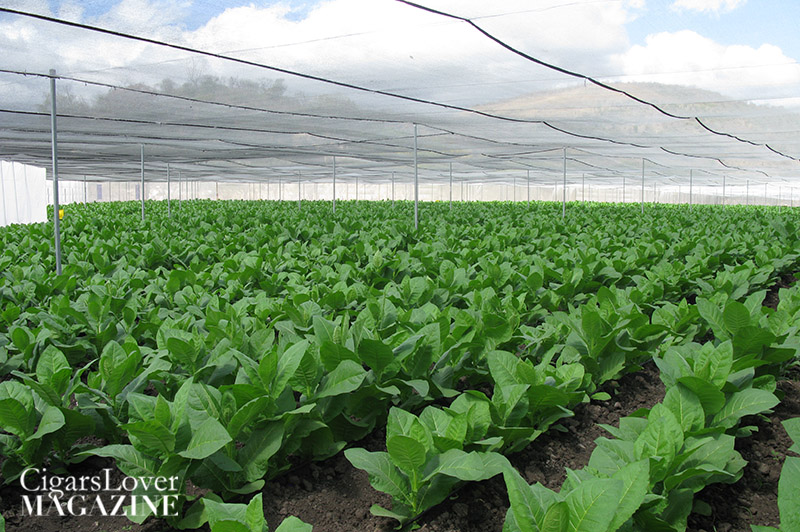 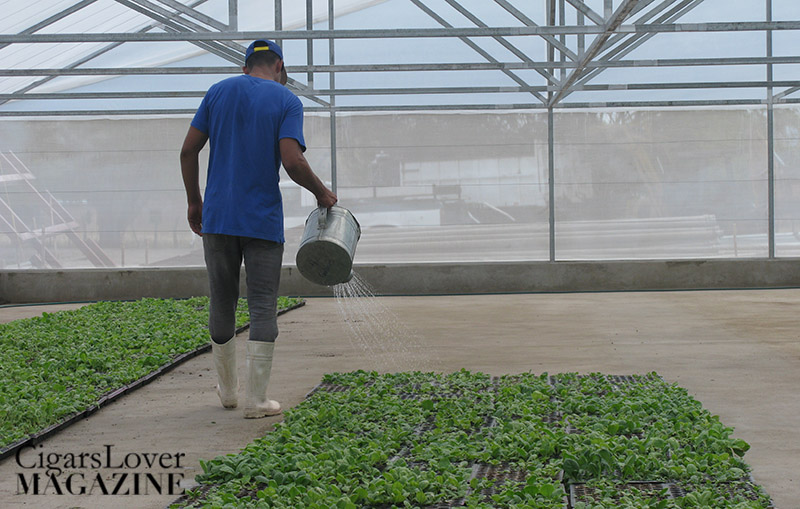 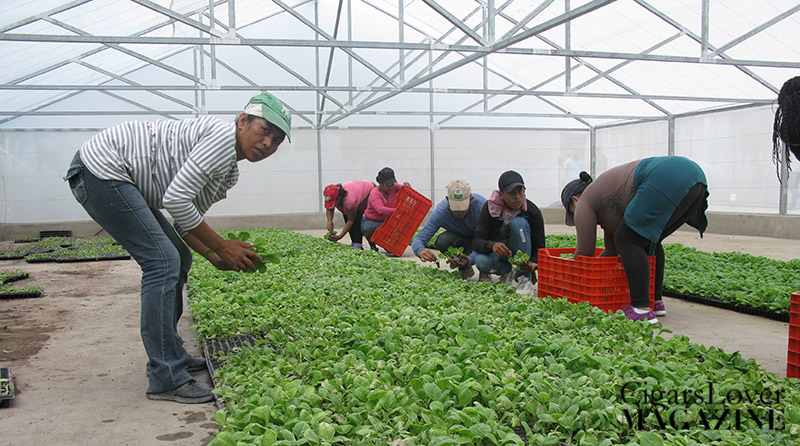 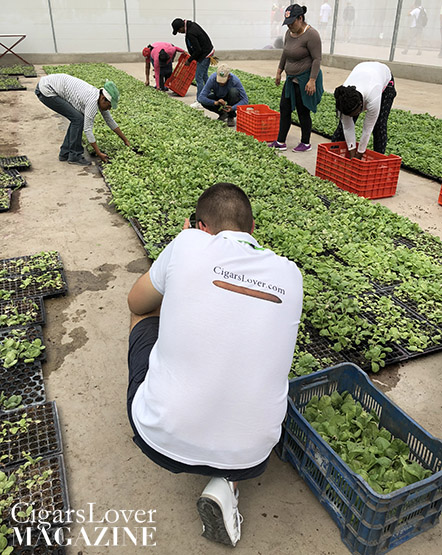 After resuming the journey, we moved to the finca Plasencia for lunch, where Nestor personally welcomed the participants, greeting them one by one with vigorous handshakes and slaps on the shoulders. The large garden next to the large structure was covered for the occasion with white tents that shaded the tables. The offered cigars were Plasencia Alma del Campo, Brick House Connecticut and El Galan Reserva Especial. Music is omnipresent and during lunch a group played the most famous hits of Frank Sinatra and some other old classics, which made for a magical atmosphere. 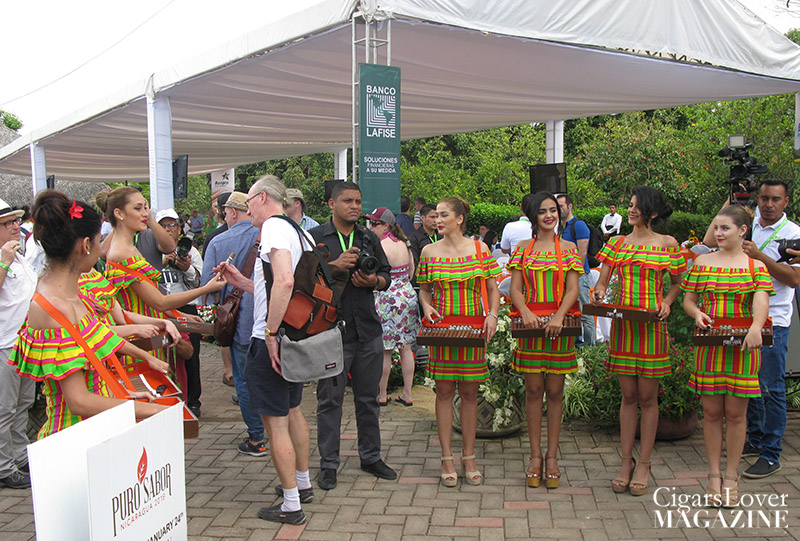 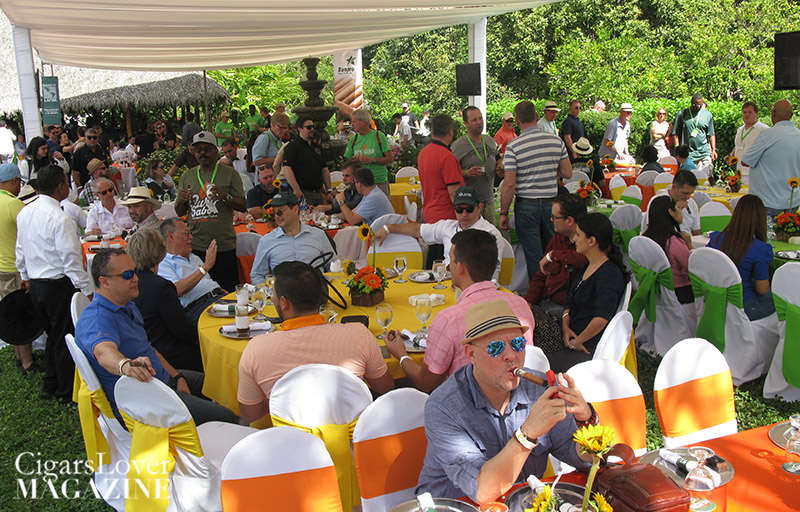 In the early afternoon, each group stopped at a different factory: the CigarsLover team went to Nicaragua American Cigars S.A. (NACSA) where, guided by Steve Saka, many brands are produced, among which are Mi Querida and Asylum. 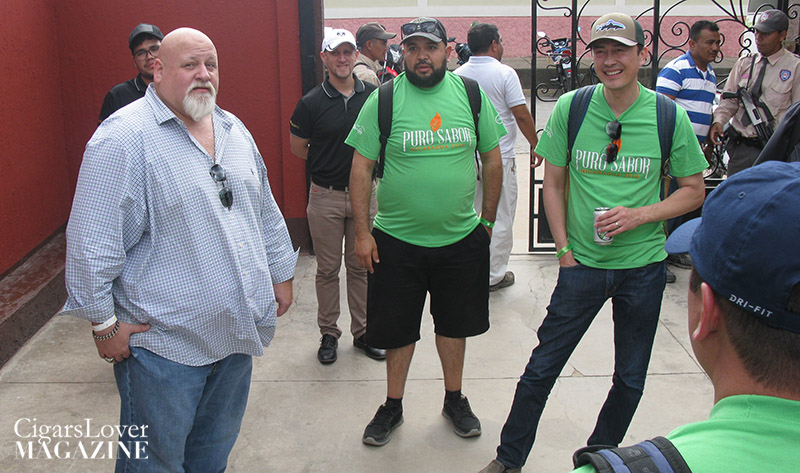 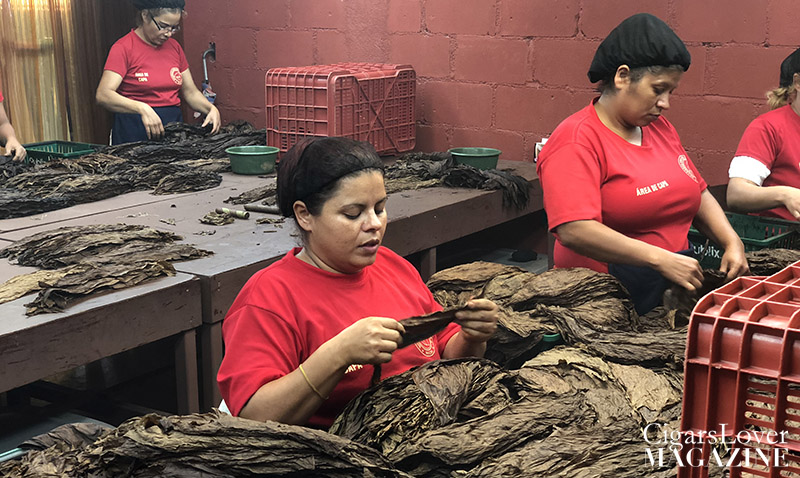 Inside the factory we were positively impressed by the presence of four blind boys and a girl, intent on counting the wrapper leaves. “It is right to offer an opportunity for decent work to them,” said Saka. After the tour of the factory, they made us sit at a long table, where everyone had everything they needed to roll a cigar in front of them: tabla, goma and chaveta. In fact, more than one cigar, we rolled a bonche of Volado and another of Viso: the experience was aimed at making us smoke each part of the tobacco plant, so we could understand firsthand the differences in taste, aromas and combustion. It seemed useless to ask what the result of the torcida itself was, because the smiles on the face of the jefe de production made us think how long the road to becoming a torcedor is. It takes about 3 months of school (in Nicaragua), only to be able to approach the profession. 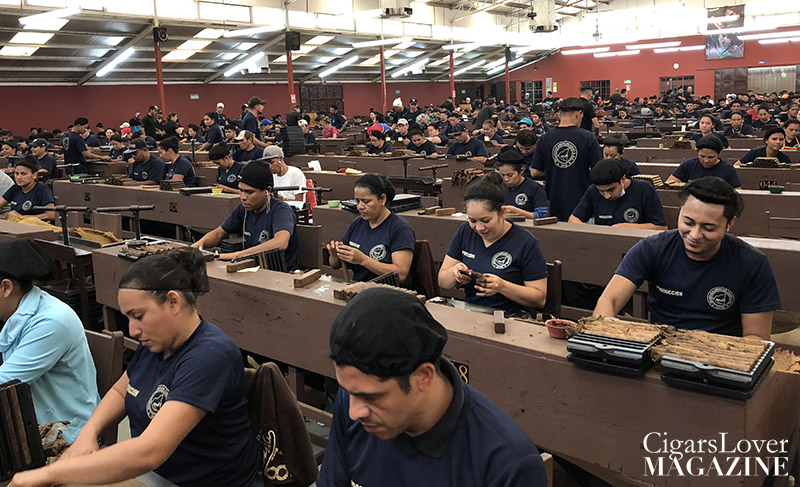 At the end of the visit, every participant received an hemp bag containing cigars and other typical Nicaraguan products (coffee, rum and sweets).

Dinner was held at Joya de Nicaragua, where the atmosphere was immediately that of a great party: the music was entrusted to a renowned DJ of the area that was able to move the majority of guests with the typical Latin American sounds. The colors and the 50 years anniversary of the factory, with the longest history of Nicaragua, have created a perfect combination. 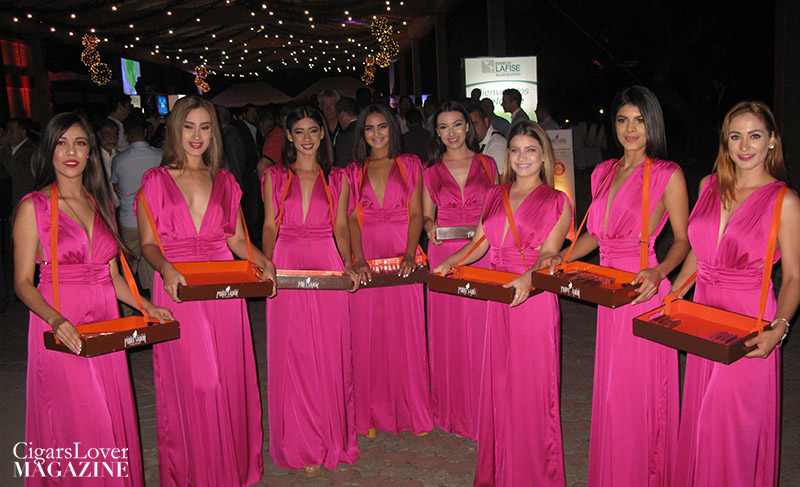 During the dinner a Master Ronero poured rum by drawing it directly from the barrel, with the help of a special tool that made the service particularly choreographic. The rum in question was the Flor de Cana 12, offered in quasi-cask strength (it was slightly diluted with water, but the alcohol content was definitely higher than the 40% that is on the market).

The cigars offered were Robustos of Joya de Nicaragua’s Antaño Gran Reserva, Padron (a special size and blend made specifically for the event) and a Karen Berger Maduro. This allowed everyone to smoke until late at night, combined with rum and Latin American rhythms.