Saturday September 29 th the city of Arezzo in Tuscany welcomed 150 people invited to attend the Italian version of the ProCigar Festival, in cooperation with the Dominican Republic Embassy in Italy.

Since few years ago this famous festival is in fact “extended” to the Italian country. During the first part of the show, which took place in the Teatro Petrarca, the Major of the city reminded all the participants that the city of Arezzo has a lot to share with the Caribbean Island in terms of high quality products manufacturing, due to the recent history of the Tuscan city, which is associated with jewels crafting. Important Dominican cigar industry characters alternated on stage, such as Tony Gomez from La Flor Dominicana, Abel Flores from PDR Cigars, Manuel Inoa from La Aurora and finally Hendrik “Henke” Kelner, a symbol of Davidoff, of Dominican Republic, of ProCigar Festival and, ultimately, of the slow smoke scenario. 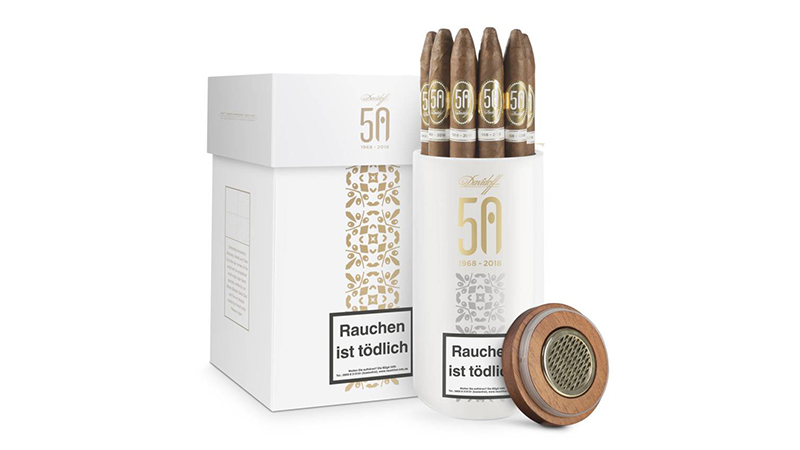 The guests, interviewed with a relaxed, confidential tone by Enrico Della Pieta’, ITA Brand Manager for Davidoff, talked about various episodes, such as their first experiences as puros smokers (mainly catastrophic ones) and their first cigar industry jobs. A special note has to be paid to the video showed by Tony Gomez, where his father Litto Gomez comfortably moves on an hover board through the elegant La Flor Dominicana factory, pushing workers into singing and dancing, intentionally interrupting the professional job done by his son Tony, more and more desperate about his father’s comical skills as the video moves on.

The aperitif took place in the terrace of the theater, and it gave the opportunity to try both the Aurora ADN Dominicano and the A. Flores Gran Reserva Corojo 2006; since we already tested the ADN, we took the chance to dedicate ourselves to the latter one, which turned out to be very remarkable in terms of aromatic intensity and complexity, giving the impression the leaves used in the cigar were really well aged.

The atmosphere was very relaxed and enjoyable, also thanks to the elegant music and to the presence of ample snow white robes lady dancers, moving on stilts, in combination with the perfect temperatures of one of the last summer nights of 2018. 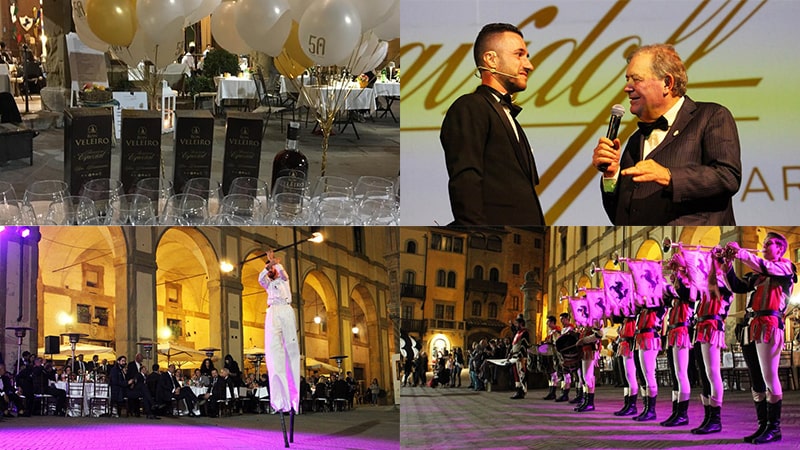 Each participant was then gifted with a cigar box containing 11 cigars, each from one of the 11 companies participating into the ProCigar consortium, and with a portable Xikar humidor, including a small Boveda humidifying bag. Participants then reached, after a short walk through the busy streets of the very center of Arezzo, the historic and fascinating Piazza Grande square, where the Logge Vasari restaurant hosted a very elegant gala dinner, only after a charming show by historical figures waving flags in the air with great skills (the so-called “sbandieratori), who were successful in letting guests travel with their imagination back in time to the first Renaissance.

Food and wines, carefully selected, alternated to the smoke of two small Davidoff cigars belonging to the 702 and Escurio lines; all the eyes were however captured by the Veleiro Dominican Rhum, whose bottles were placed on a dedicated table, but especially by the Davidoff Diadema 50 Anniversary jars, showing off at the center of each dinner table. Only at the end of the dinner the lucky participants had the opportunity to enjoy the tastes and aromas by this rare cigar, which closed an event which turned out to be not only very elegant, but also centered on sharing great experiences and moments of enjoyment between Dominican Republic and Italy, pairing cigars and “sbandieratori”.