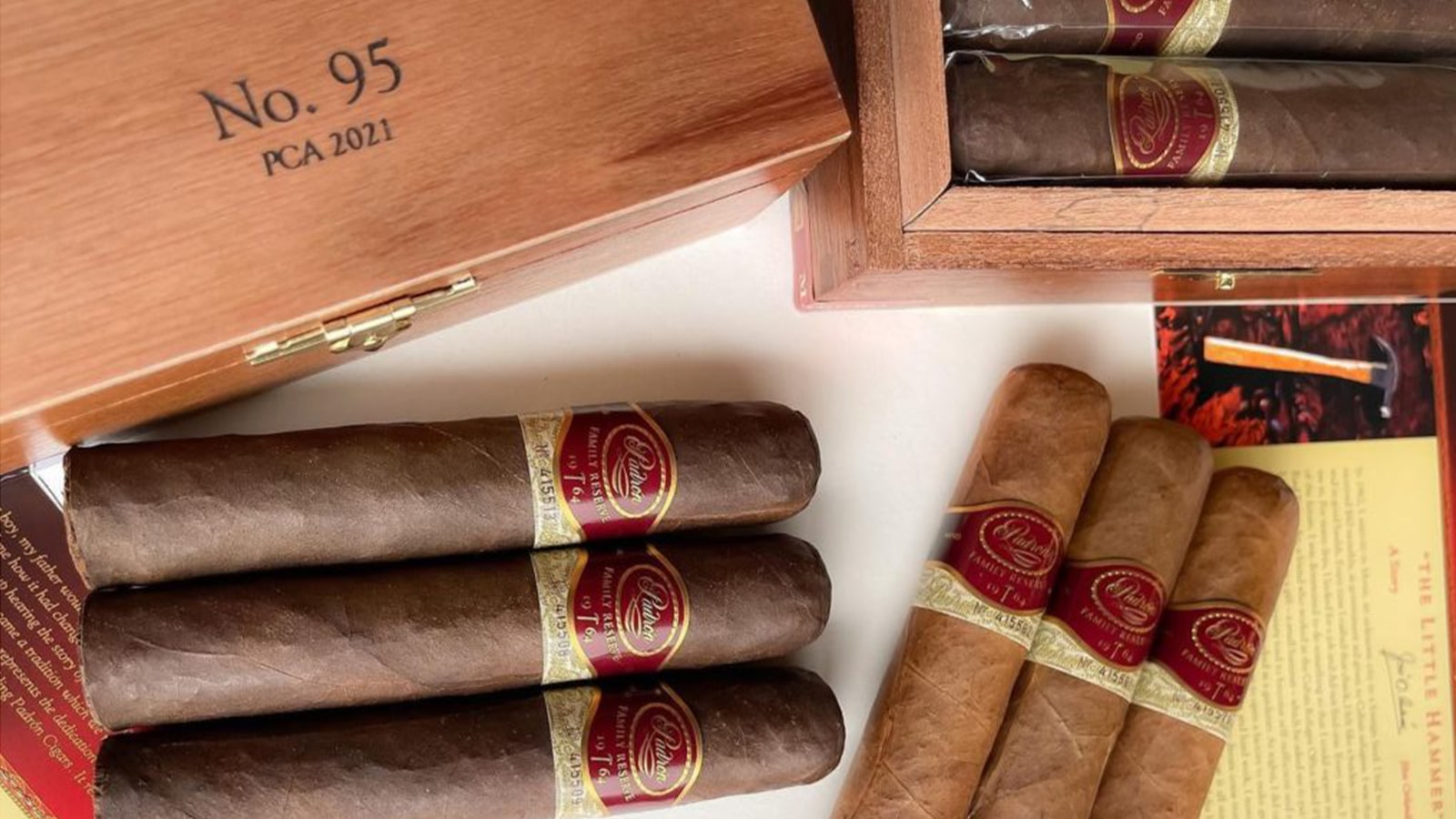 After a significant delay, the Padrón Family Reserve No. 95, which was announced in the summer of last year, is now on its way to retailers. The number is dedicated to the late founder José Orlando Padrón, who would have turned 95 last year.

The No. 95, compared to the other Family Reserve sizes, is quite unique. All other sizes are box-pressed and are offered to all Padrón accounts. In the case of the No. 95, it is a round cigar that measures 60 x 121mm (4 3/4″) and is only available to retailers who attended last year’s PCA trade show.

That is as far as the differences go. The cigar will come in the two wrapper variations the Padróns are known for, Maduro and Natural. They are made at their Tabacalera Cubanica factory in Esteli, Nicaragua. The Family Reserve uses the company’s oldest tobacco, which is reflected in the price. The suggested retail price for the Padrón Family Reserve No. 95 is set at $29.50 per cigar, and they are sold in ten-count boxes.