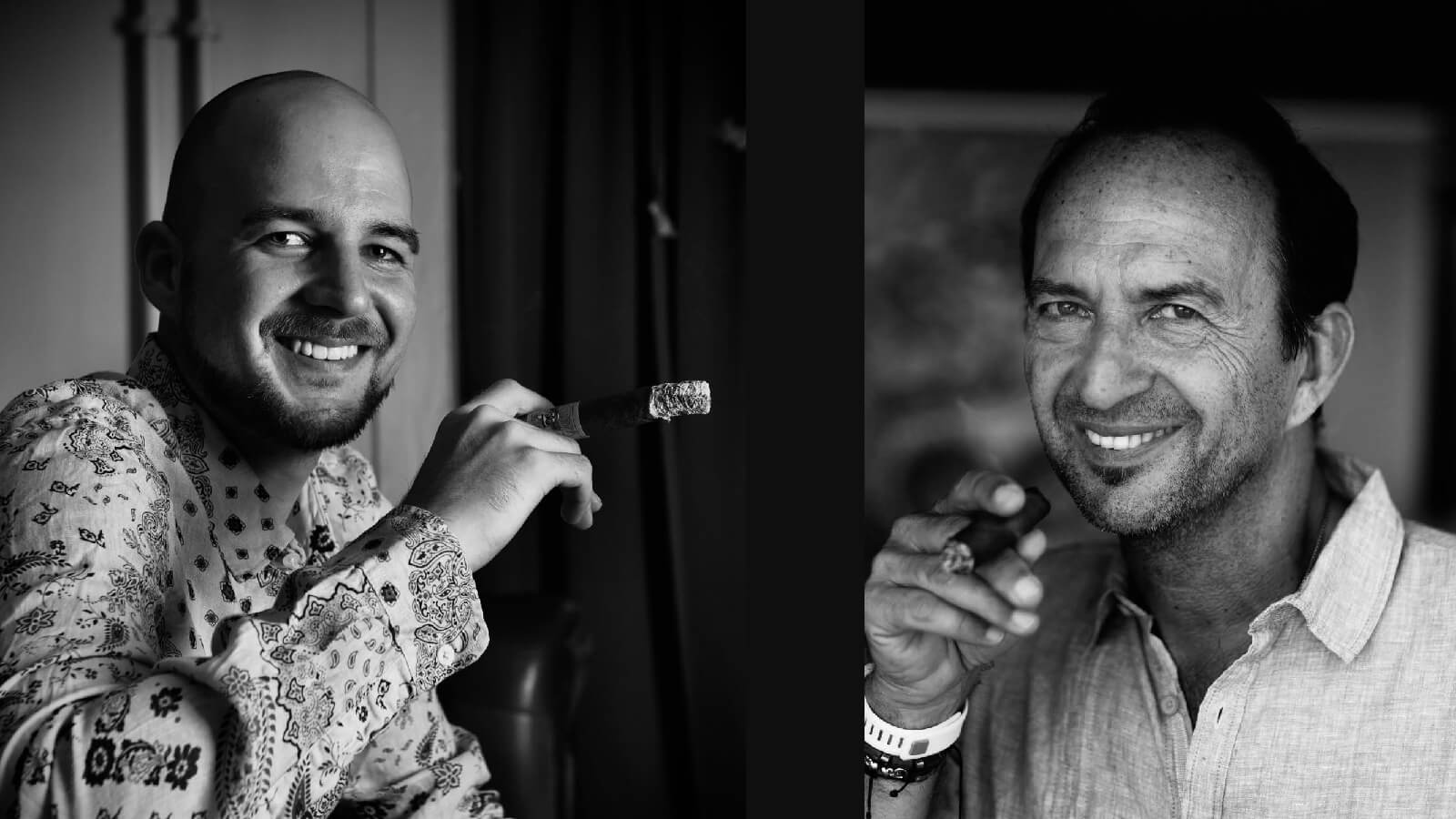 A brand from father and son

Camillo’s father, Christian (pictured on the right), decided a year later to visit his son. Christian, a long time Cuban cigar smoker, asked his son, before his visit, to look for a cigar producer who would produce a boutique cigar for him. Camillo, who until then only occasionally smoked cigars, unfortunately, didn’t have any luck finding a producer who they deemed fitting, and due to Camillo’s wife becoming pregnant, they returned to Switzerland.

A couple of years passed, but the wish to create a cigar was still there. So Camillo asked his wife for help, and thanks to her cousin, they got the contact from Guzman, a small cigar producer from Navarrete, close to Santiago de los Caballeros, in 2014. Guzman produced a variety of samples for them, among which was a Maduro wrapped cigar. The Maduro cigars were not to Camillo and Christian’s liking because Guzman worked with molasses, which didn’t fit their idea of a premium cigar. After six months and some tweaks and changes, they finally arrived at a desired blend, an Ecuadorian Habano wrapper over Dominican fillers. It was eventually named “Liga Verde” (the “Liga Verde” is not produced anymore) and launched in 2015. This process awakened Camillo’s fascination for tobacco and cigars.

While father and son were working on the Liga Verde, Camillo, again with the help of his wife Heidy and her uncle, got to know William Ventura, who lived in Santiago, a couple of months later. William, before opening his factory, Tabacalera William Ventura, was one of the first rollers at Davidoff and later their quality assurance manager. The vast knowledge, quality, and professionalism of William helped Camillo and Christian find the next blends. He created the right blend for their tastes. Together with Christian, who enjoyed stronger cigars, they developed the “Liga Roja”. 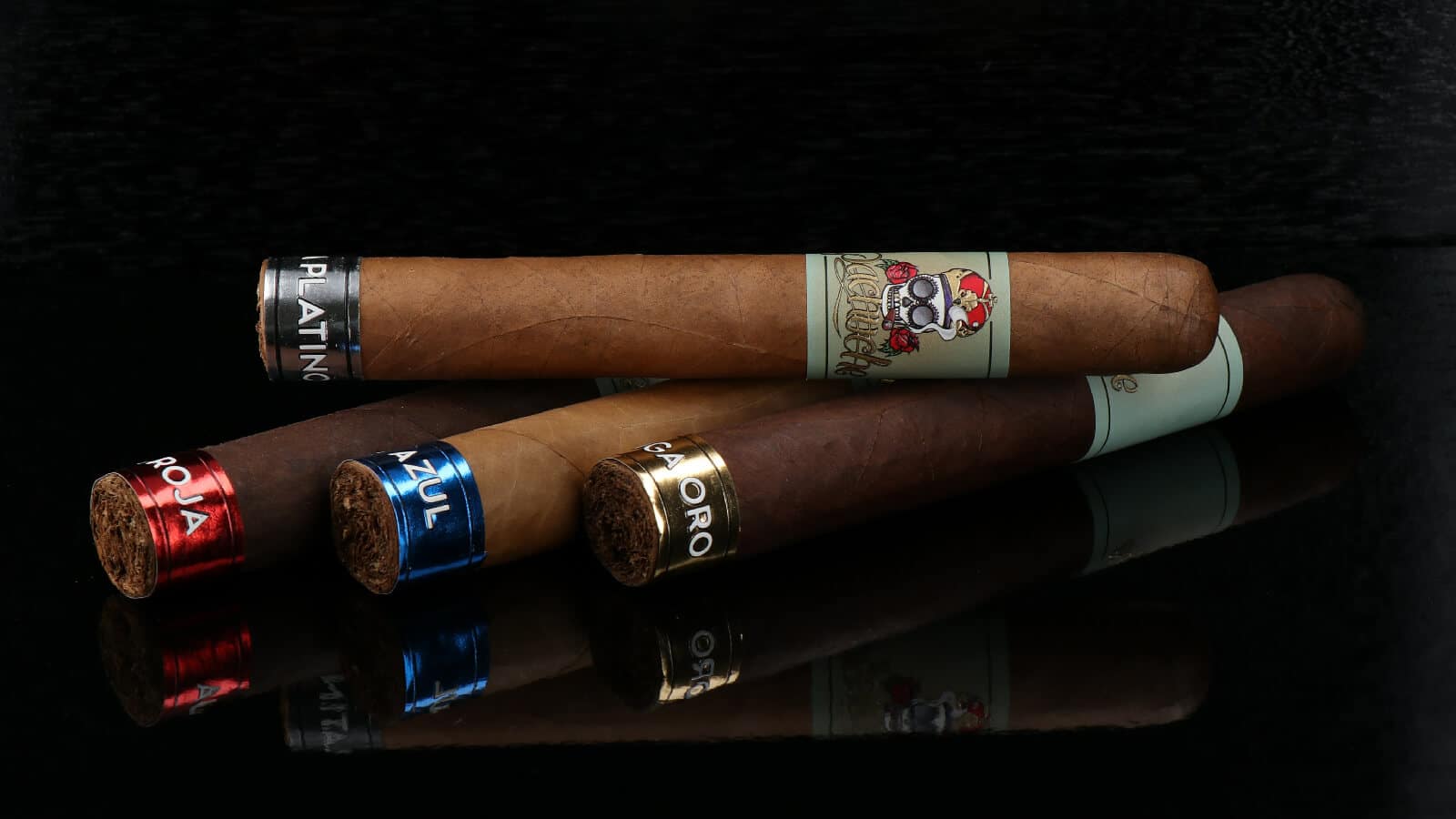 Camillo and William also created the “Liga Oro”. Shortly after that, the “Liga Azul” followed. A full year passed until they had these blends ready, and the three lines launched in 2016. Their annually limited release, “Liga Platino”, was born a little later and first presented in 2017. This limited edition comes in a single size, and William used for the blend very old and specially fermented tobacco. The blend is rounded off by a high-quality Brazilian Arapiraca wrapper.

While all this was happening, they had numerous lines ready, but they still had not found a name for their brand. Yet another of Camillo’s family members happily helped with this decision as well. Tito Castillo, Camillo’s brother in law, mentioned the word “Pachuche”, which originates from the Dominican Campesinos (farmers) and stands for a self-made cigarette or cigar. The word Pachuche, a term that nowadays is also commonly used by Dominican cigar rollers, is only known in the Dominican Republic. With this term tying everything together for Camillo and Christian, it only made sense to name the brand Pachuche Cigars. 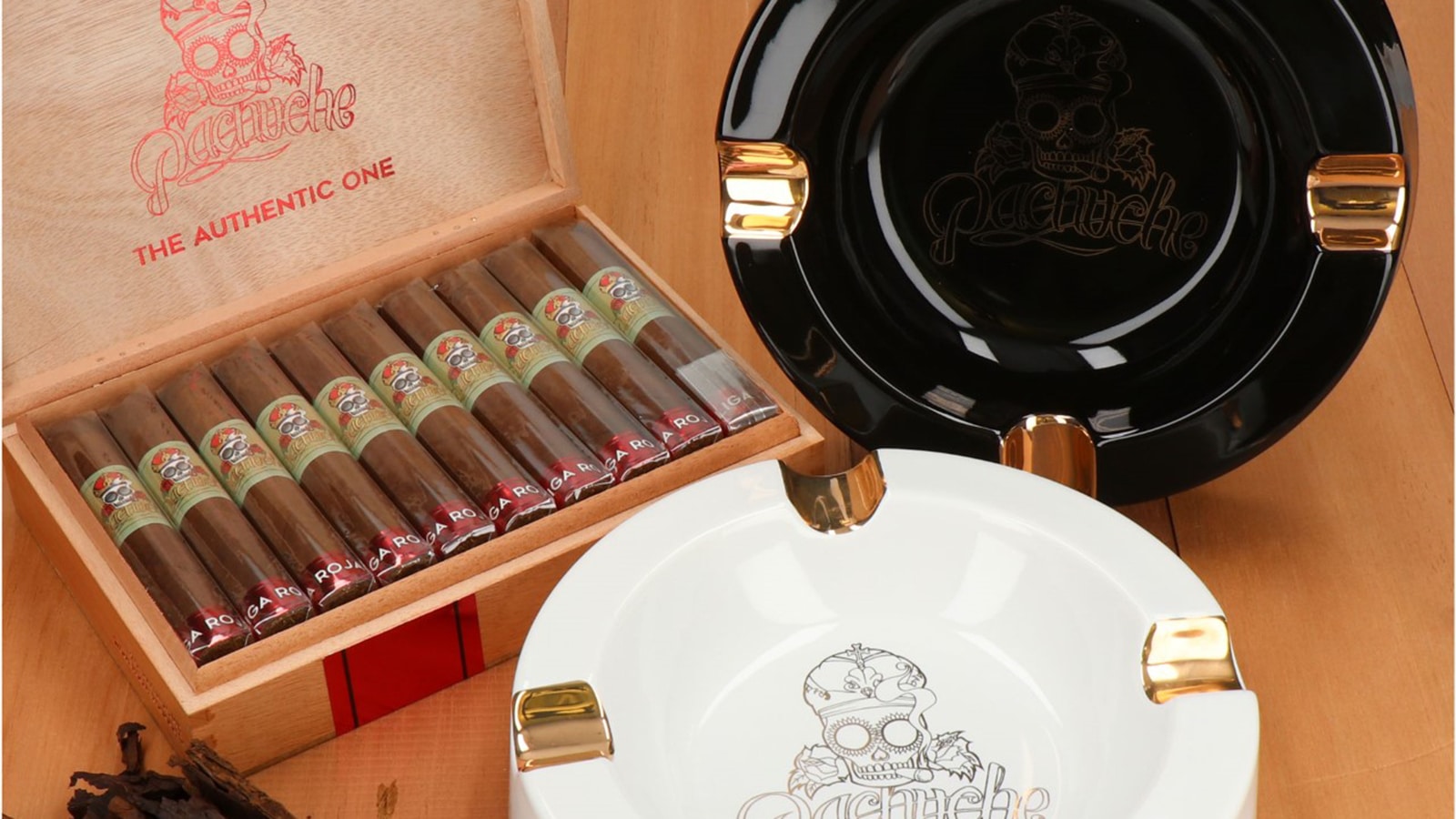 Parallel to them searching for the right brand name, Camillo had started working on the logo of the brand. With an idea in mind, Camillo asked one of his best friends, Patrick Küng, for help. They have known each other since childhood and are like brothers. Camillo knew about Patrick’s artistic talent, so it was natural for them to work together. Patrick drew up a couple of different design ideas, among which was also a “Dias de los Muertos” inspired logo. The fresh and modern logo won over both Camillo and Christian.

While the first cigar bands were made by using cheap printing methods, Christian’s company Bazzell AG, which sells graphic machineries since 1994, brought them to meet Albert Montserrat. The Spaniard owns the famous Cigar Rings company. Camillo had met Montserrat already in 2010/11. He visited him to sell a machine, and at that time, they were not thinking about making cigars. Later on, Camillo sold him two machines, one for the Cigar Rings factory in the Dominican Republic and another for the one in Nicaragua. Together with Albert, they started the production of their new bands, which use complex and high-quality processes such as spot varnish, blind embossing, and bronze powder for the main band. The bands located on the foot of the cigar that corresponds to the different “Liga” lines use a colored foil embossing.

They originally planned to keep the Pachuche exclusive, but they are now also starting to be available in select stores. They are also working to make the brand better known. With all of this going on, they are enjoying every step.