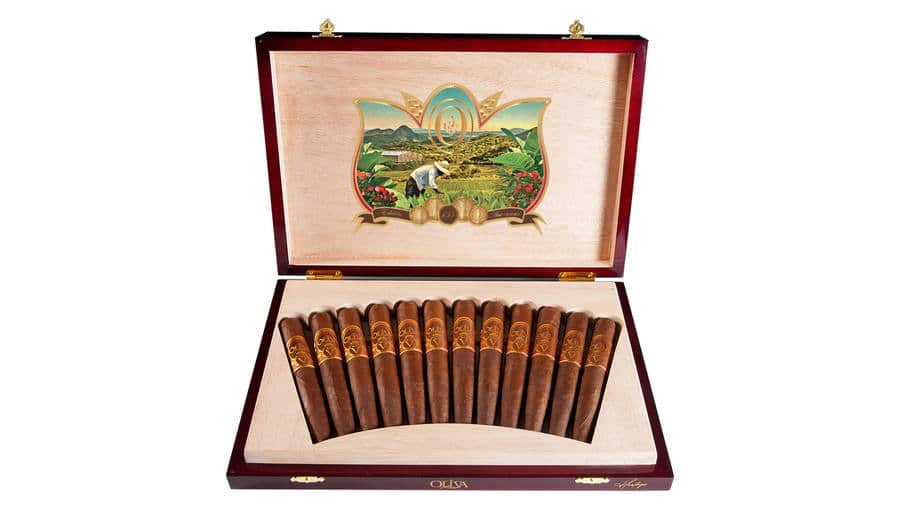 Oliva Cigar Company has announced their upcoming 135th Anniversary Edición Limitada Serie V cigar. Oliva Cigar as a company has not been around for 135 years, but the actual Melanio Olivia is the reason for this anniversary cigar. If you know Oliva cigars, you have seen the Melanio name multiple times over the years. The 135th Anniversary cigar is in celebration of when Melanio Oliva started to grow tobacco in 1886 back in Cuba. Eventually, the family left Cuba, and then the Oliva Cigar Company came into existence.

The Oliva Serie V 135th Anniversary Edición Limitada is a 54 by 140mm (5.5″) elongated Perfecto-shaped cigar. The special size will make this cigar stick out from the other cigars in the Serie V lineup. It uses an Ecuadorian wrapper, a Nicaraguan binder, and filler tobacco from Nicaragua. The 135th Anniversary cigar will get special packaging for the release, with special decorations on the inside of the box lid. Something different than normal Serie V boxes. Cigars will come in a 12-count box configuration. Cigars are also displayed in a special fan presentation inside the box.

The 135th will have a total production of 180,000 cigars and have an MSRP of $10 per stick. Cigars will be displayed at this year’s PCA trade show, with a release date later this year in October 2021.