The New Distilleries in Scotland

The New Distilleries in Scotland 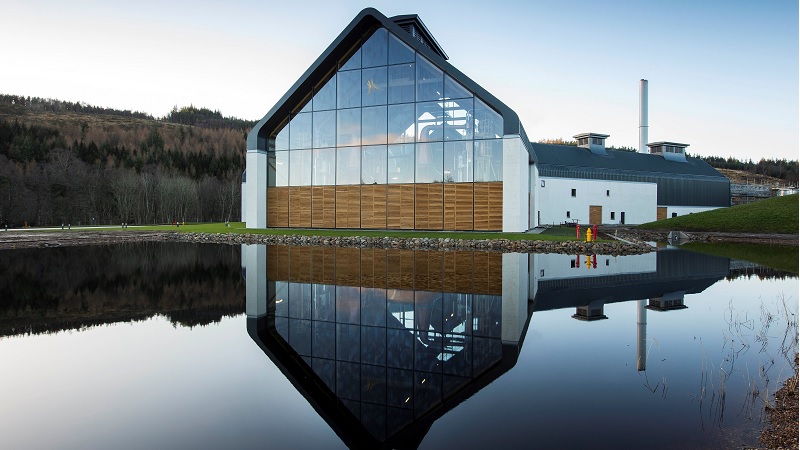 In addition to the distilleries that over the years have built a name and a reputation, there are also projects out there, which will produce their first results in a few years. These are the new distilleries which have not yet launched a Single Malt on the market.

Here you can find some of them:

Aberargie: located in the Lowlands, very near to the Highlands, this distillery has been built in 2016 and the first cask has been filled up in November 2017. Property of the Morrison family, which also owned Bowmore in the ’60s, this distillery should launch a product “malt to bottle”: barley is grown in the fields directly adjacent to the distillery.

Annandale: almost ready to face the market, this distillery is active since 2014 and will launch two different products in 2018: an unpeated and a 45 ppm peated Single Malts. This distillery is not entirely new, as it produced malts from 1830 to 1921, and has been then purchased by a group of businessmen in 2007 as part of a project to re-launch the typical Lowlands malt. It is already possible to purchase casks from this distillery.

Arbikie: dates back to XVII century to the presence of the Stirling family on the Highlands coast. A farmer family up to 2013, when the heirs, owners of a 200 acres estate, decided to build a whiskey distillery, all with a very clear agricultural philosophy. Fermentation up to 120 hours, a very long period of time, and the launch of the first products in 2029, which means a 14 years old, then followed by an 18 and a 21 years old release.

Ardnahoe: Laing family is quite renowned among whisky aficionados. After a past as aindependent bottler, Stewart Laing decided to take full ownership of a quite complex project, founding a distillery in Islay, home of peated whiskeys. Partner, as production manager, is none other than Jim McEwan, a very renowned individual due to his experience at Bruichladdich. Ready for operation in the Summer of 2018.

Ardnamurchan: in the Highlands, but on the west side, this distillery was founded in 2014. The owning family is not new to the whisky world: Jamie Walker, grandson of the legendary Archibald Walker, himself owner of distilleries in the XIX century, has first founded Adelphi, historical independent bottler, and then the distillery. Two styles, peated and unpeated, they use generators powered by water and biomass, which means sustainability first and foremost.

Ballindalloch: Ballindalloch Castle was built in the Speyside in 1546, and has always been property of the Macpherson-Grants family. This family has been involved in the building of Cragganmore distillery, until the sale to DCL (current Diageo) in 1965. After almost 50 years, a new idea: building a new, family owned distillery, and this is Ballindalloch, open and active since 2014.

Borders: the last distillery from the southern Lowlands closed in 1837. Some characters-businessmen active in the whisky world thought about recreating the light and fruity style from the past, joined forces and build a new distillery in the area. Not much has been leaked, except for the fact that the activities are planned to start for the end of 2017 / beginning of 2018.

Clydeside: Glasgow city, in the beginning of ‘900, has always counted on several distilleries, reaching 40 in 1963, now diminished to only few units in the last 50-60 years. Morrison-Glasgow Distillers has recently started its activities, beginning to distill in 2014, with the consultancy of legendary Jim Swam, advisor for Kilchoman, Penderyn, Kavalan, Amrut among others, who recently passed away in 2017. It should be a light malt, a fruity and spicy one typical of the Lowlands.

Daftmill: not much information is available on this distillery from the Lowlands. The owners, the Cuthbert family, coming from generations of landlords and farmers from the Lowlands, decided to create a new, small distillery. Founded in 2003 and it has yet to launch any products on the market. Distillation is reduced to a few months a year, due to the extensive work in the fields which is keeping the family busy. Their philosophy is being self-sufficient regarding energy and materials.

Dalmunach: Dalmunach’s history seems quite recent, but in reality dates back to 1800. Thomas Mackenzie, previous owner of Talisker and Dailuaine, decided of opening a Speyside-based distillery calling it Imperial, providing the entire alcohol for blends such as Chivas and Ballantine’s. Imperial was closed for long periods, ultimately being dismantled in 2013. The Pernod group, owner of the lands, immediately decided to rebuild the site, but changing the name. This distillery has started working in 2014, with quite a relevant yearly production, approx.10 million liters, one of the largest in Scotland.

Dornoch: Dornoch castle is ancient, actual building year is not known, but people are talking about 1500 at least. After having changed it into a hotel, the Thompson family purchased it to turn it into a distillery. Philosophy is simple but unique: usage of semi-unknown barley varieties, minimal production (20.000 liters per year) and coupled with a gin distillation, always experimental. Production started at the end of 2016, with the first cask filled in February 2017.

Glasgow: this distillery is named after the Scottish city, which is close by. Property of Glasgow Distillery Company, it is located in the suburbs of the city, and features a limited production, approx. 100.000 liters per year. Not much is known of the distillery; production started in 2015, but until 2018 their won’t be any products on the market. Whisky production is paired with a gin one, launched in 2014 with the name of Makar Gin.

GlenWyvis: the history of this distillery, even though short, is rather peculiar. John McKenzie, ex-soldier, who went back to Scotland, was employed as a VIP or Movie helicopter pilot, bringing passengers to scarcely populated areas, such as Skye, Islay and Jura, all places where important distilleries are located. Having developed a real passion for scotch whiskey, and being the owner of some acres in the Highlands, John decided to launch a crowdfunding project to build a distillery. Target achieved: the distillery was finished in 2017 with over 3000 donors. The first malt will be released “when ready”.

InchDairnie: Lowlands are currently experiencing a real boom in terms of new distilleries opening. Ian Palmer, over 40 years in the whiskey business and time spent working for Invergordon and Glen Moray, among others, decided to found a society together with anonymous partners and build a rather large distillery in terms of volume: we are talking about 2 million liters per year, all of this following a rather peculiar seasonal rhythm in harvesting barley, creating specific products related to seasons or mixing up different crops.

Isle of Harris: this distillery is a mere social experiment. The community it is based on involves children, local artists and pastors. The target is basically to promote a difficult territory, one of the most remote islands of the north of entire Scotland, where the breathtaking scenarios are paired with very complicated weather conditions. Production is limited to 230.000 liters per year, with a probable release date in 2020.

Leven: this distillery is an experiment of the giant Diageo. The manufacture was born in the ’70s as a bottling facility not only for scotch whiskey, but also for vodka and gin. Since 2001, Diageo decided to use part of the local resources to build a small distillery, a project which was finished in 2013: Leven is thus Diageo’s 29th distillery, mainly dedicated to different experiments.

Lindores Abbey: the name of this distillery should be known to all the scotch whiskey lovers, being it the place where historically malt distilling was born in 1494, when it was managed by monks. The abbey, at the beginning of this century, was practically a ruin and was purchased by Mackenzie Smith and other investors, who since 2013 started the building of a production site, after careful archeological studies targeted to maintain the previous architectural style. Production will start in 2018.

Ncn’ean: short name for Neachneohain, this distillery in the Highlands was founded by Annabel Thomas, owner of the surrounding land, with consultancy from Jim Swan. Using 100% green energy and also aging in red wine casks, this distillery is rather unique in the Scottish scene, despite the average production, which reaches approx. 1 million liters per year. First products will be released in 2020.

Torabhaig: in a few years Talisker will no longer be able to write on its packaging “the only distillery on the island of Skye”. Torabhaig in fact will be the second one to produce scotch whiskey on the remote Scottish island, all of this is thanks to the project by Sir Iain Noble, Scottish businessman who moved to Skye in 1972. Noble’s plan was to renew an old farm purchased in 2002, which after his death in 2010 was sold to Mossburn Distillers. Production is approx. half a million liters per year, opening of a visitor center in 2017 and the first products will be available in 2020.