As usual, between November and December, there are many limited editions, or special gift boxes that are destined to be given away.

At Manifatture Sigaro Toscano this peculiarity has been respected for many years with the Moro. A Toscano cigar that measures 23 centimeters in length and with a very generous belly. It is sold in a single coffin. Starting from 2011, the coffins were released for the last four years: the first was the series dedicated to the cigar maker (2011-2014) which was followed by the one dedicated to the anniversary of the Toscano cigars (2015-2018). 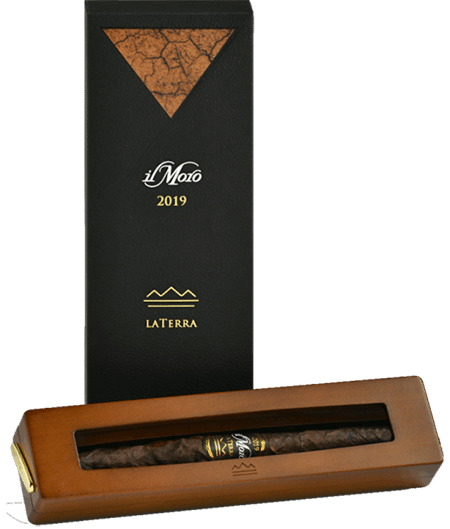 This year, a new series will be launched, dedicated to the four natural elements that make the cultivation of Kentucky tobacco possible. From the processes of sowing, care, fermentation and aging. We begin, for 2019, with the Earth, the cradle of the seed.

Made in limited and numbered quantities and packaged in a solid wood case. It will be sold at a price of Euro 40.00. Distribution to tobacconists will start from the last week of November.

From mid-November, the 2019 version of the Scrigno will also be available. The box will contain three cigars for five different types of product, for a total of fifteen cigars. The five references have not yet been formalized, but the retail price is certain, set at Euro 48.00.