Muestra de Saka is a limited edition of Dunbarton Tobacco and Trust, which produces several brands attributable to Steve Saka, owner, and master blender. The “Muestra” series collects blends that could not be sold in regular production due to their peculiarities or price; the idea is to produce particular blends in “one-off” editions. Therefore, the blend and size change every year. Unstolen Valor is the fifth of the “Muestras,” preceded (in order of their launch) by the Exclusivo, the Nacatamale, the Unicorn, and the #NLMTHA.

However, the line’s first cigar is not produced at the Joya de Nicaragua factory. It is also the first to not have been blended by Steve Saka, but by Raul Disla, blender of the Nicaragua American Cigars S.A. (NACSA) factory. Saka commissioned the blend from Disla, and, based on several tests, the blend to be sent into production was then chosen. This sounds like a “consecration” for Disla and hence the name “Unstolen Valor,” which embodies another story: “Stolen Valor” means when somebody brags about being in the army, but not actually having served any time. The Unstolen Valor is, therefore, a recognition for the NACSA ​​blender of the work done and the result obtained. 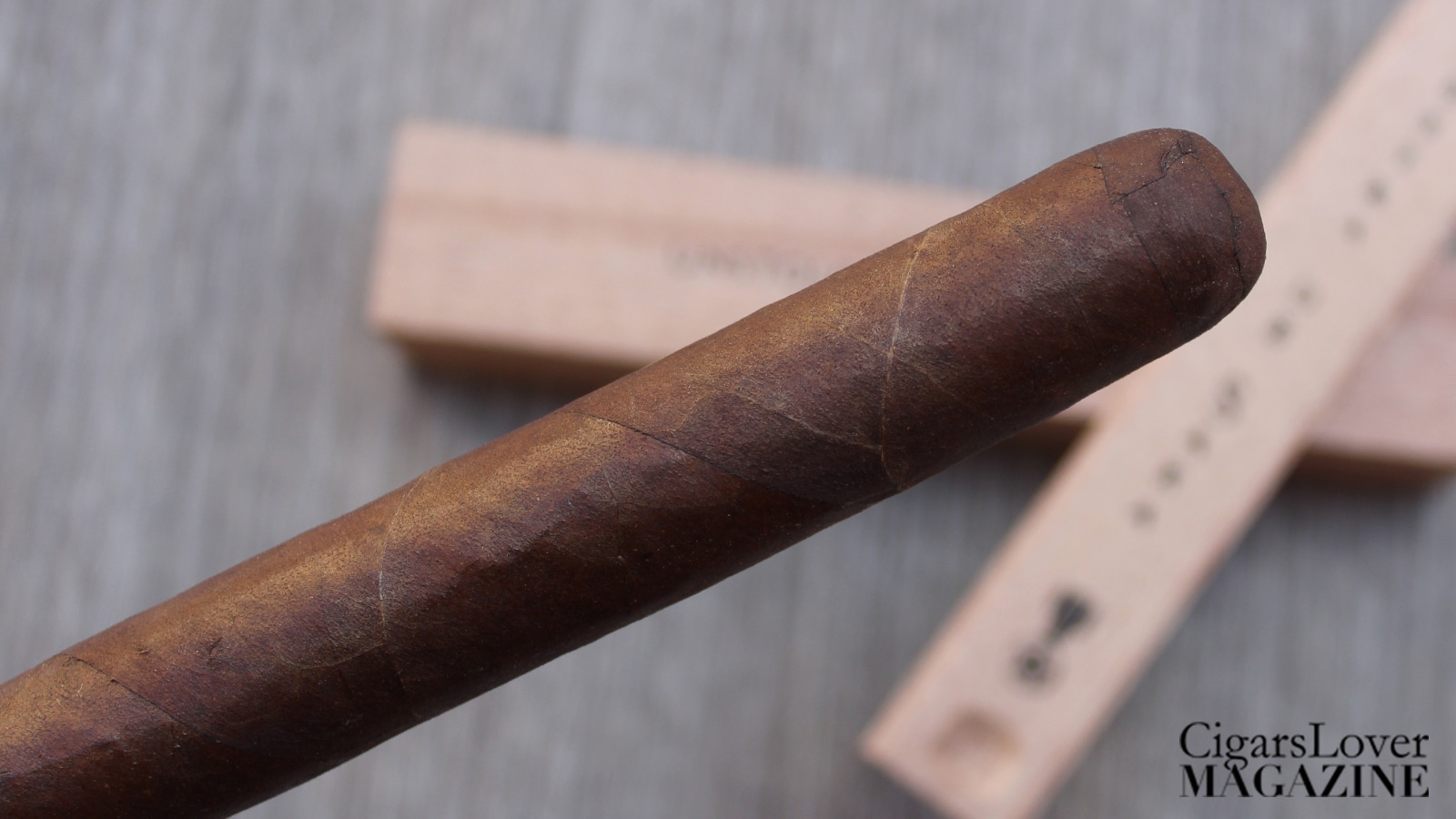 The cigar is sold in a box containing seven individual coffins. They come with the usual golden satin band at the foot, with the inscriptions “Muestra de Saka” and “Unstolen Valor” on it. The wrapper is of a Maduro shade with reddish reflections. It is oily to the touch, smooth, and without any major veins present. Filling is uniform and generous, judging by the weight of the product. The overall craftsmanship is almost perfect. 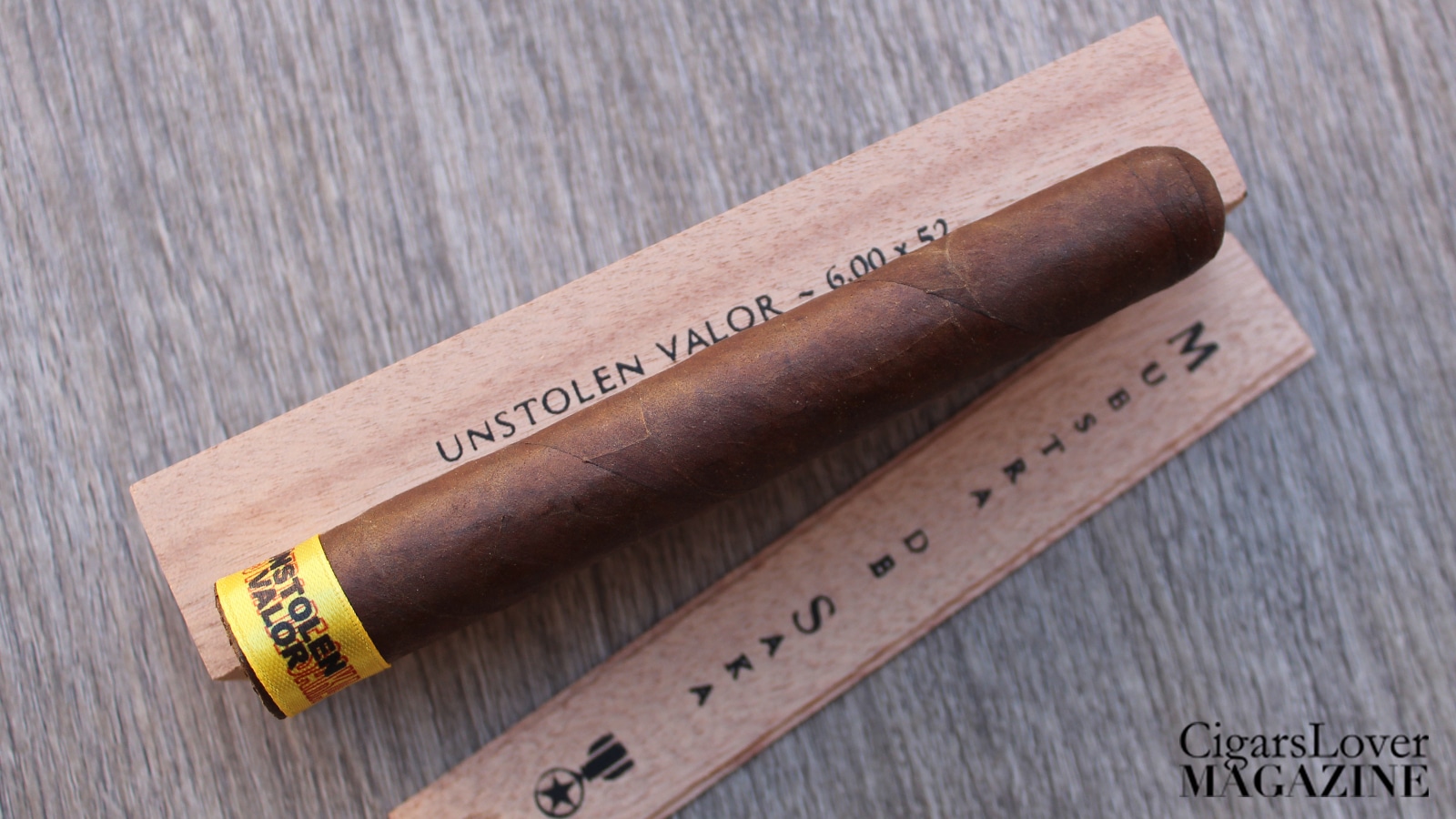 Muestra de Saka Unstolen Valor: unlit, aromas of manure, coffee, and cocoa can be perceived, all of good intensity. 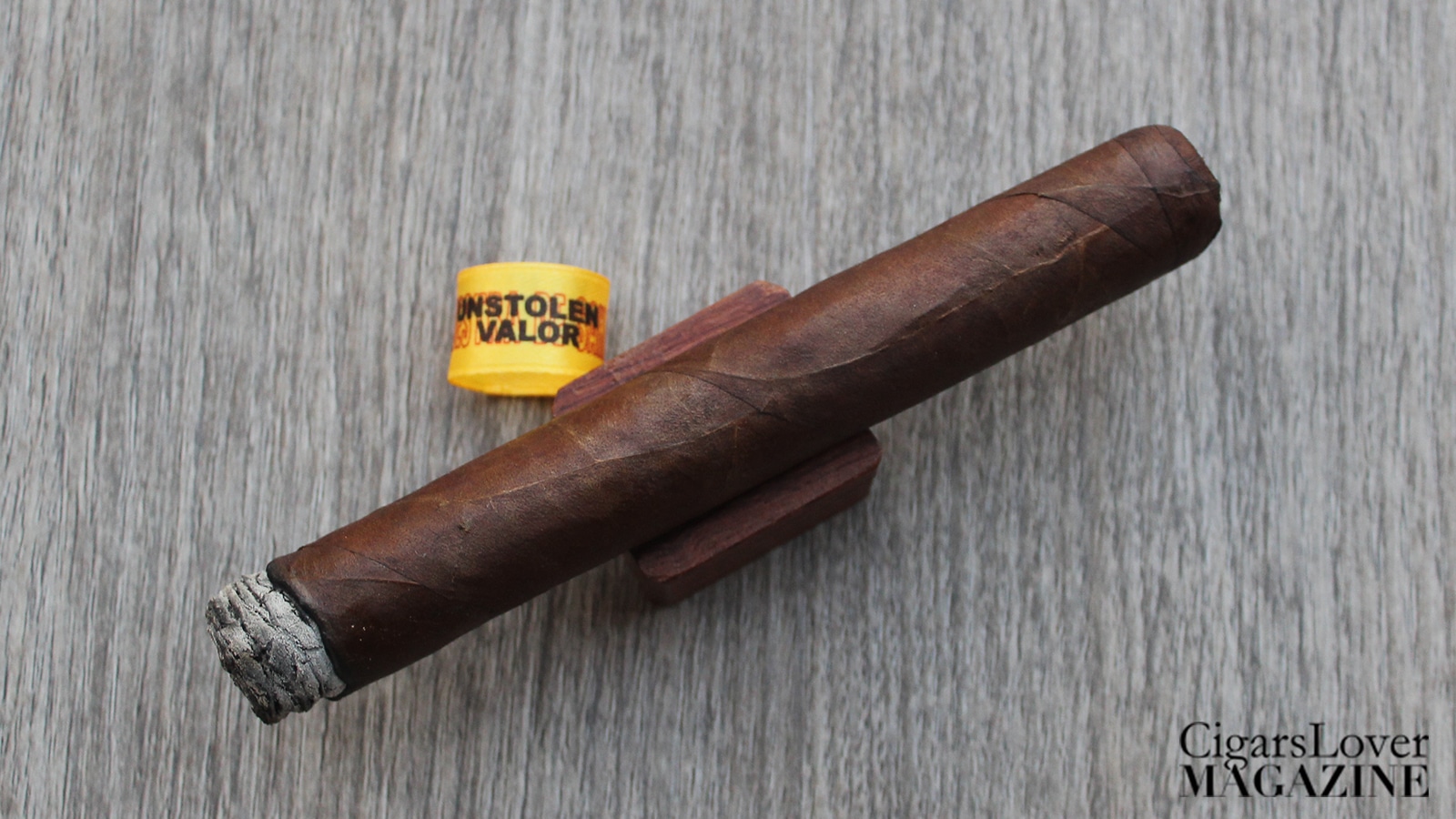 In the central section, the sapidity and delicate astringency remain unchanged. Next to the wood of the first third, hints of cocoa, hazelnut and earth emerge. Strength increases slightly, becoming medium-full (4/5).

In the last third, the sapidity becomes more pronounced, while the astringency, although present, does not increase—intense notes of earth and wood, followed by less evident but well-defined nuances of black pepper. Strength remains unchanged (4/5).

Ultimately, the Muestra de Saka Unstolen Valor turns out to be a very expressive cigar. The flavor components and the evolution make for an intriguing smoke. Excellent balance between strength and aroma, with the strength that increases parallel to the flavors’ intensity. Very long finish. Only the persistent astringency, albeit subdued, erodes some points from the final score.