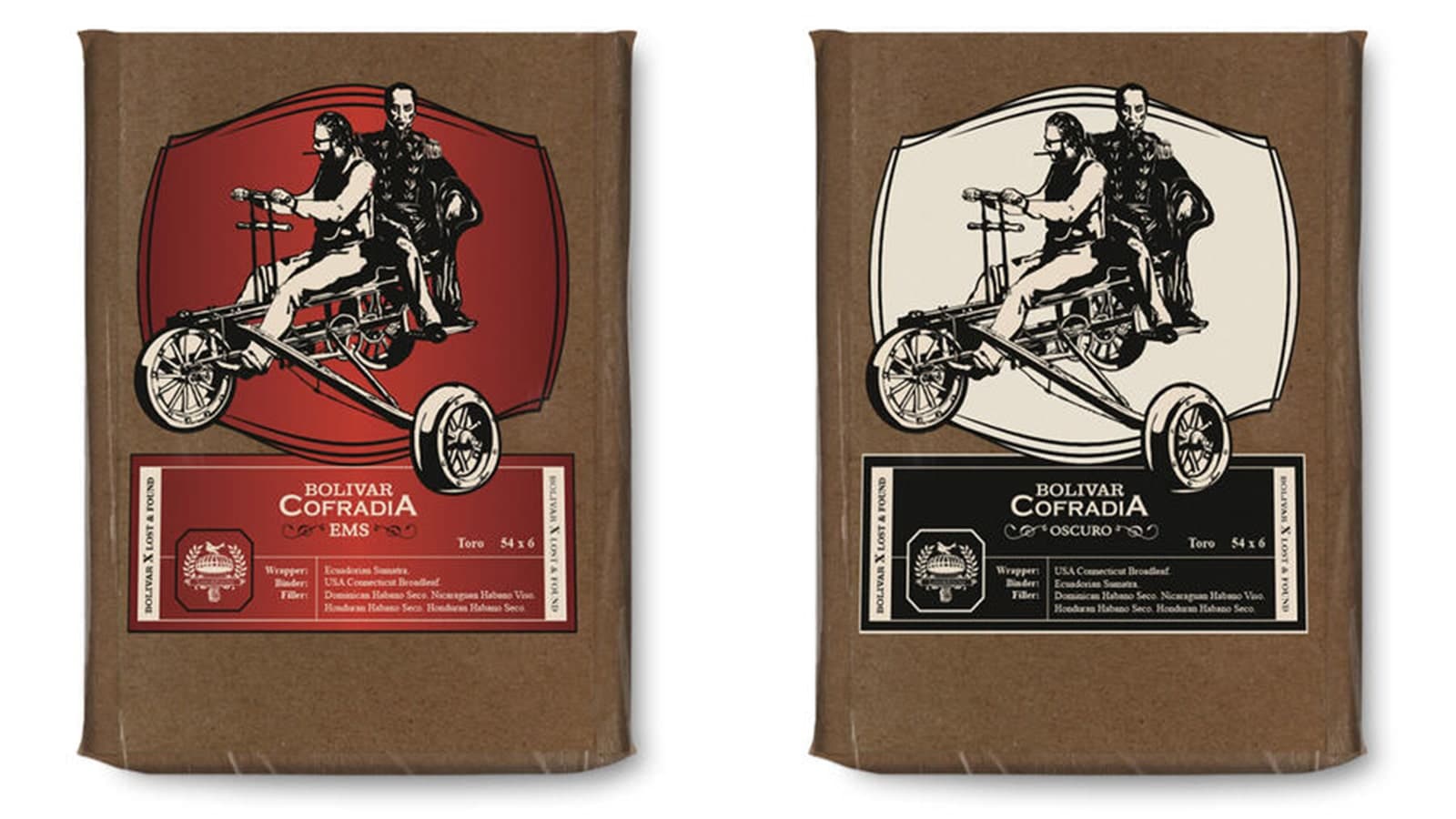 “Lost & Found started when a Central American factory gave me a rare blend to sell in the US, and today with the release of this capsule collection from Bolivar Cofradia, it feels like Lost & Found has come full circle. I would have never imagined standing among a sea of bales at HATSA, knowing that any tobacco we wanted to blend with was available to Justin and me. This collection represents the power of a strong collaboration,” says Robert Caldwell of Lost & Found.

The blend of the EMS is made up of an Ecuadorian Sumatra wrapper over a Connecticut Broadleaf binder and Dominican, Honduran, and Nicaraguan fillers. The Oscuro, on the other hand, has the Connecticut Broadleaf as the wrapper and the Ecuadorian Sumatra as the binder over Dominican, Honduran, and Nicaraguan fillers. Both blends come in the exact two sizes, a 54 x 127mm (5″) Robusto and a 54 x 152mm (6″) Toro. They are made at STG’s HATSA factory in Danli, Honduras, and sold in 5-count packs.