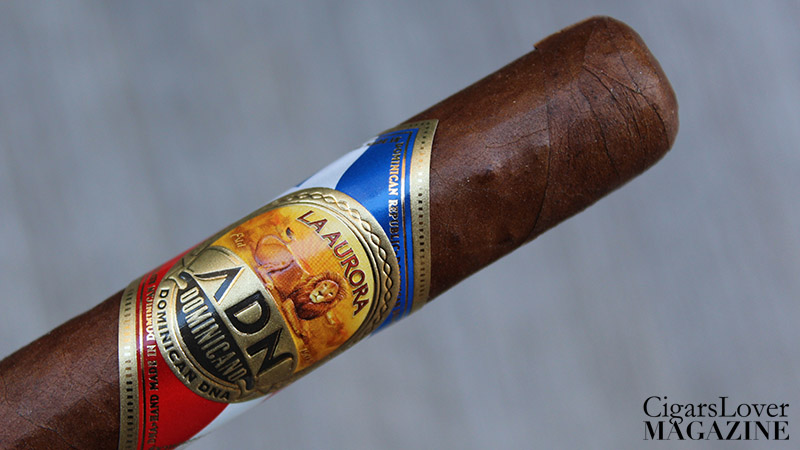 It is wrapped up in a shiny Colorado leaf, quite smooth to the touch, with fairly pronounced veins. The filling is great.

La Aurora ADN Dominicano Robusto: unlit, the aromas are vaguely reminiscent of cocoa and spices, with a more pronounced note of honey.

It reveals aromas of coffee and cocoa, but also light notes of cellulose and metal. Strength is medium (3/5).

In the middle part, the flavor becomes more evident, while the sweetness is replaced by a slightly bitter taste. Aromatically, this Robusto turns towards cellulose, which becomes more pronounced, walnut and nuances of herbs. Strength remains unchanged (3/5).

In the final third, the bitterness becomes slightly more pronounced. Flavor wise, however, the cigar does not undergo major changes, with the aromas of cellulose and herbs unchanged and the inclusion of a light note of camphor. Strength increases towards a medium-full level (4/5). 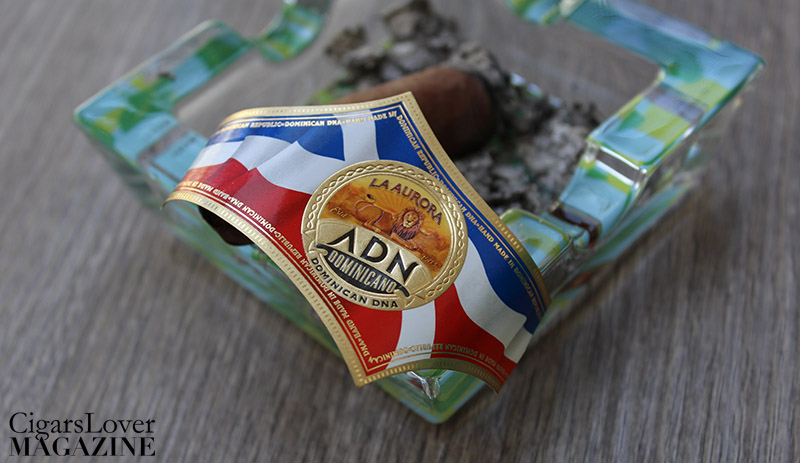 In conclusion, the ADN Dominicano Robusto delivers a smoke on the razor’s edge in terms of balance, especially in the second third of the smoke. This is due to a bitter note, which increases in the final third, and from the strength, that builds up a little too fast in the finale. The aromas, although not particularly intense, showcases an interesting bouquet, which deserves to be tried. Furthermore, there is a combustion issue with the wrapper, which required corrections in some of the tested cigars.