La Aroma de Cuba (in Europe, the cigars are sold under the La Aroma del Caribe) is a storied brand with an interesting history. It started as a Cuban brand back in the 1800s. Supposedly it was one of Winston Churchills preferred brands. The brand was discontinued after the turn of the 19th century. The Levin family, owners of the Ashton brand, bought the right to the name and released a new version of the La Aroma de Cuba, that took inspiration from the old lithography, in 2002. In 2008, they moved production to the My Father Cigars S.A. factory in Esteli, Nicaragua. The Edicion Especial line was launched in the same year.

Earlier this year, Ashton announced that it was revamping the brand. The packaging and bands have been redesigned, two sizes were dropped, and one size, the #60, was added. While still consisting of the same tobacco, the blend was amped up a bit using a higher priming Ecuador Habano wrapper. 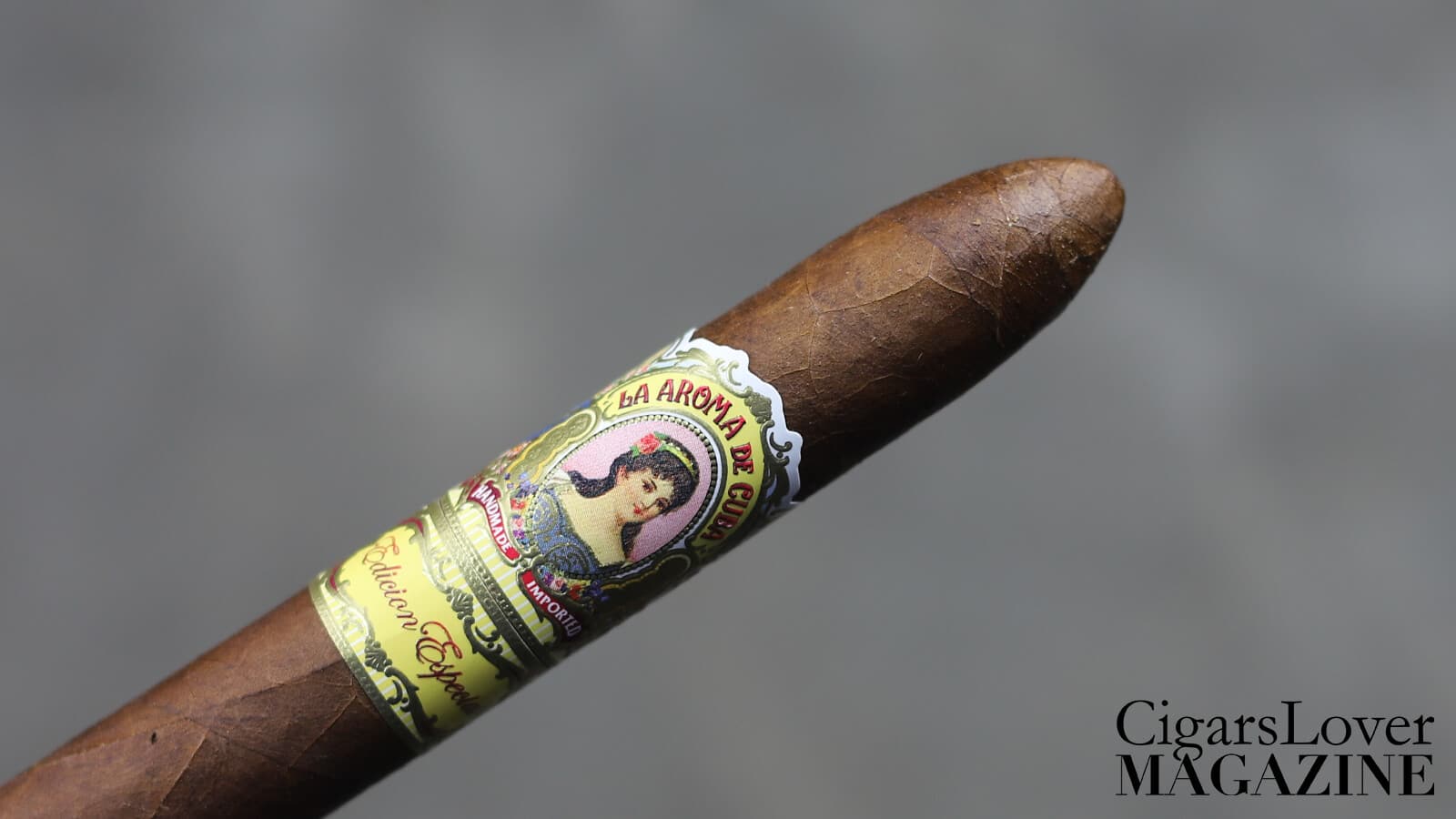 Visually, the #5, a Belicoso size, is a masterpiece of craftsmanship. The construction is flawless. The cigar itself is dressed in a speckled Colorado Maduro wrapper leaf that is smooth to the touch. 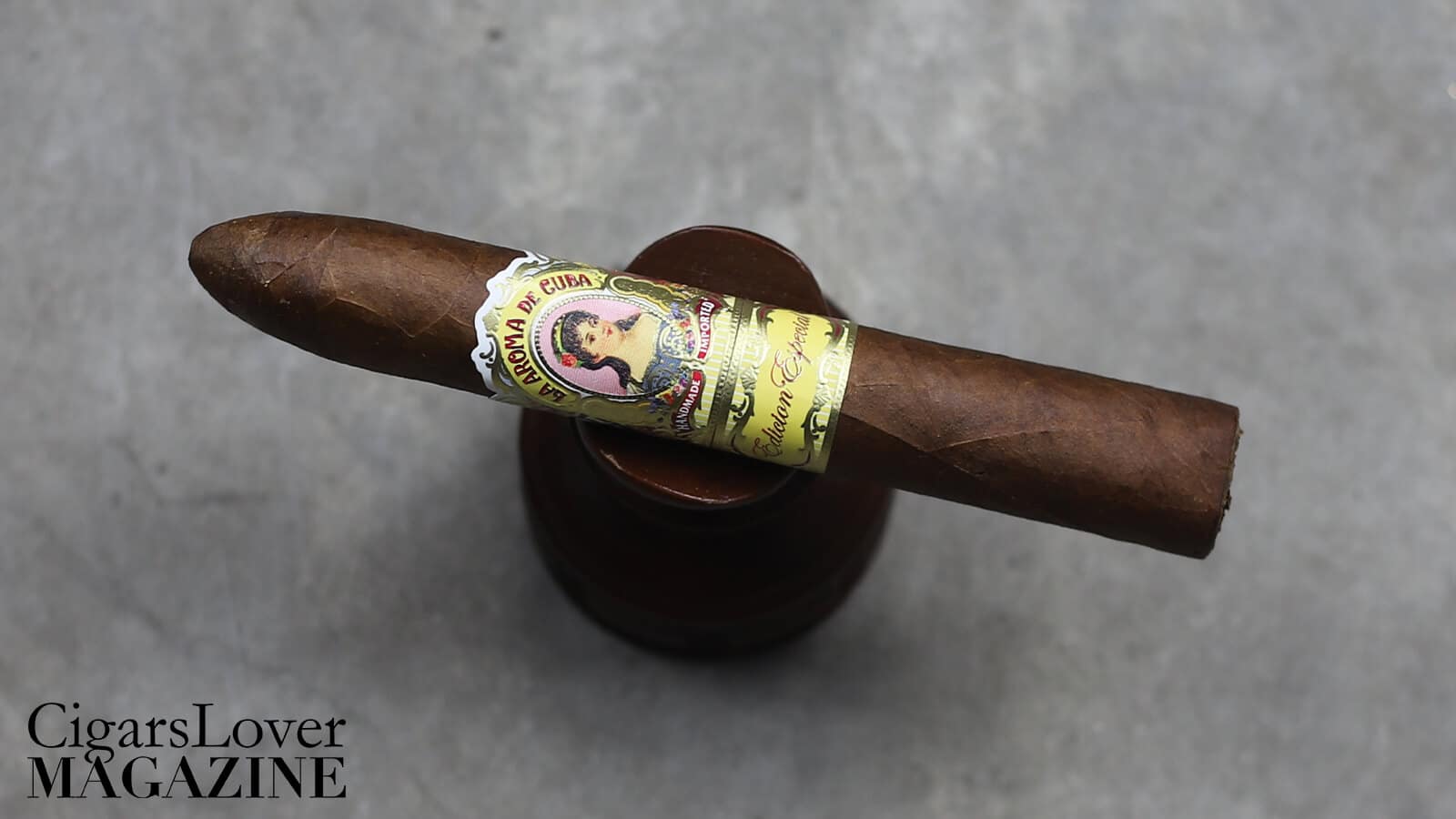 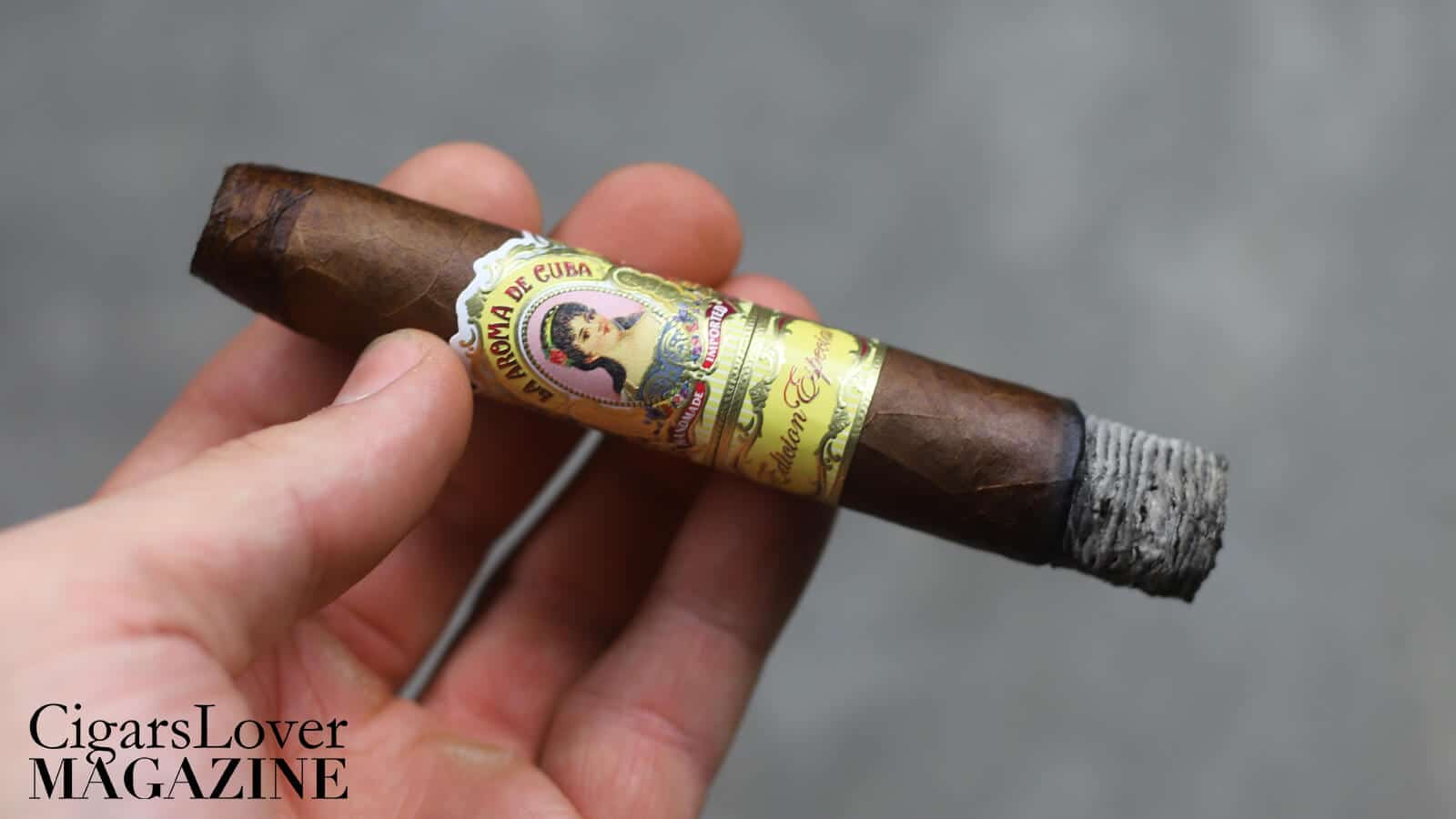 Continuing into the first third, the nutty and woody notes are set as the main flavors, backed by a well-dosed black pepper note. The smoke is creamy. Strength falls slightly short of the medium mark (2.5/5).

In the second third, the mix of nuts and wood is now supported by coffee and earth. The black pepper spice is still well perceptible in the retro-hale. Strength has now reached the medium level (3/5).

The flavors remain unchanged in the final third, and further into it, a bitter note starts to emerge that is quite unpleasant. Strength is now slightly above medium (3.5/5).

Overall, the La Aroma de Cuba Edicion Especial #5 delivers a creamy and balanced smoke, especially in the first two thirds. A couple of months in the humidor should take care of the bitterness that appears in the last third.