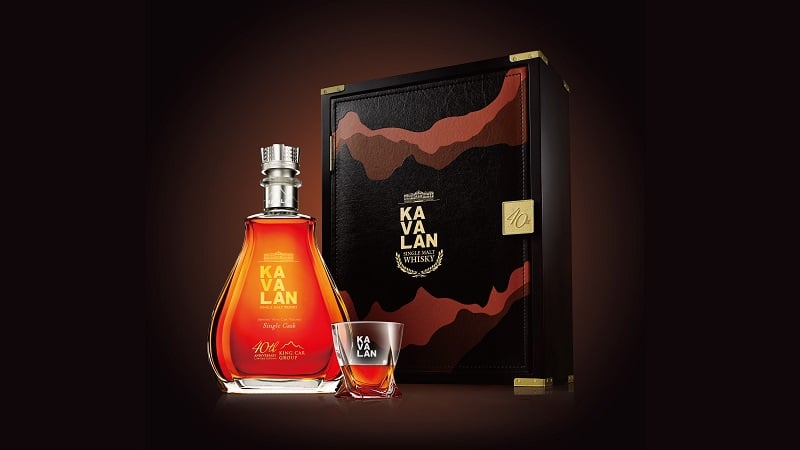 It’s an evolution of a company and an ambitious journey from household products, orchids, and rural childhood education through to coffee, beer, and whisky, and this year, even restaurants and bars. And it’s this story that’s now encapsulated in a new 1500ml Kavalan whisky, the “King Car Group 40th Anniversary” single malt, to mark the landmark anniversary of Kavalan’s parent company. Already launched in Taiwan, Kavalan’s newest special edition – which elegantly combines the creamy richness of toffee with the intense sweetness of dark fruit notes – will be available in select countries globally in 2020.

Kavalan is unable to reveal the exact cask that this extraordinary, flavourful whisky has been aged in, other than to say it’s a highly exclusive red wine cask of world-class standing. CEO Mr YT Lee said like the only other whisky to be launched in the group’s name, the “King Car Conductor,” the 40th Anniversary Limited Edition was fittingly multidimensional, complex and full of depth.

“I am honoured to be part of the journey first begun by my father four decades ago. King Car has always strived hard to deliver the finest quality – a pursuit that defines our character – and this insistence on excellence will continue into the future,” Mr YT Lee said. 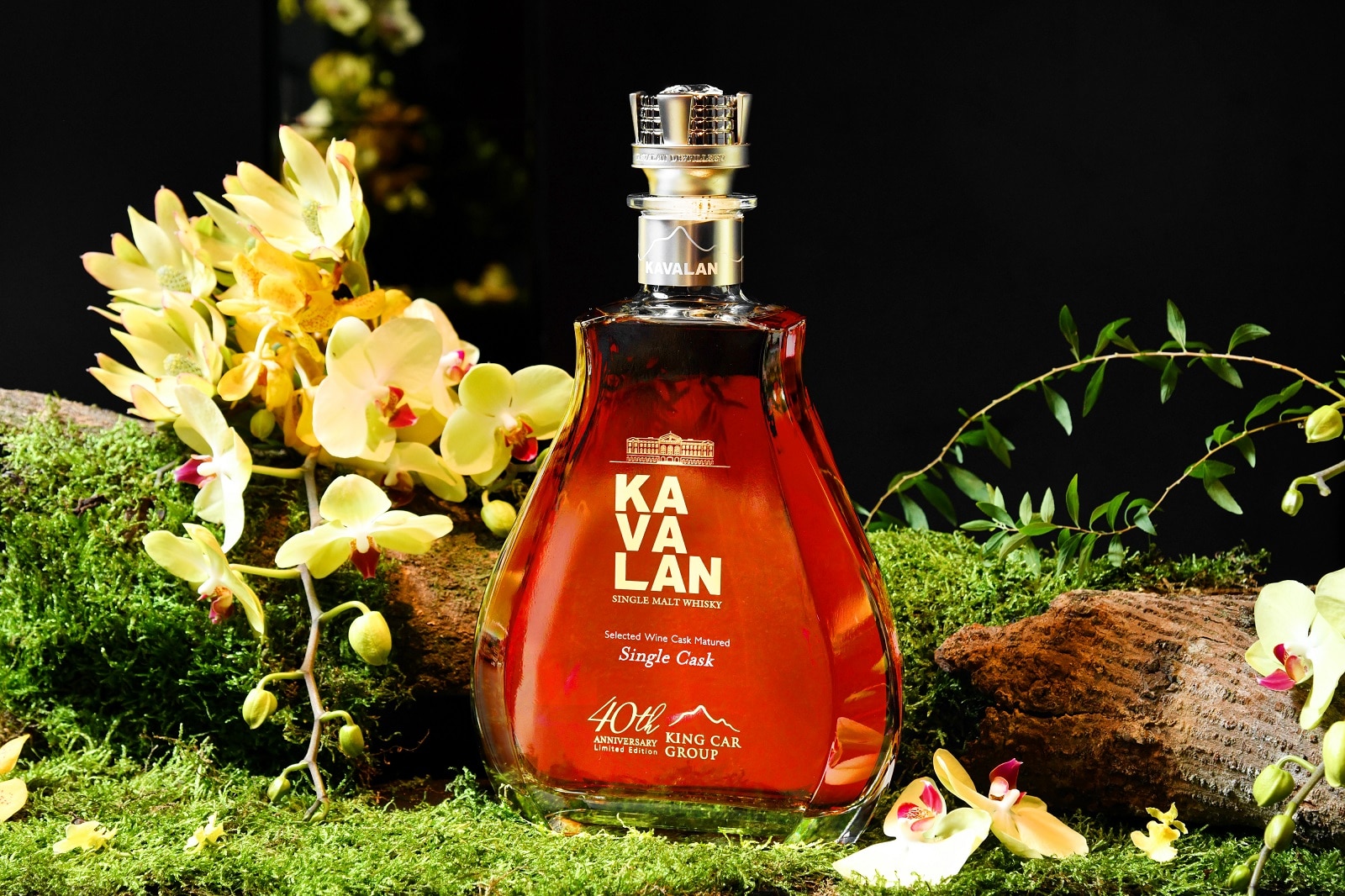 Master Blender Ian Chang said he had made a whisky to celebrate a tremendous milestone. “It’s been aged in a very rare red wine cask whose majesty transfers to a richly intense whisky, delivering very distinct berry flavours and luxuriant toffee,” Mr Chang said. Mr Chang said the packaging paid tribute to Yilan County, which is both Kavalan’s homeland and Chairman Mr TT Lee’s, through the form of Snow Mountain – Kavalan’s water source.

The bottle’s smooth yet sturdy shape expresses elegance and strength. Its crown-shaped cork is adorned with world-renowned Swarovski® crystals. Persistence and durability, and harmony with the natural environment, are imparted through the leather and wood casing of the box.

The King Car 40th Anniversary comes encased with a crystal glass tumbler and is limited to 10,000 packs globally. 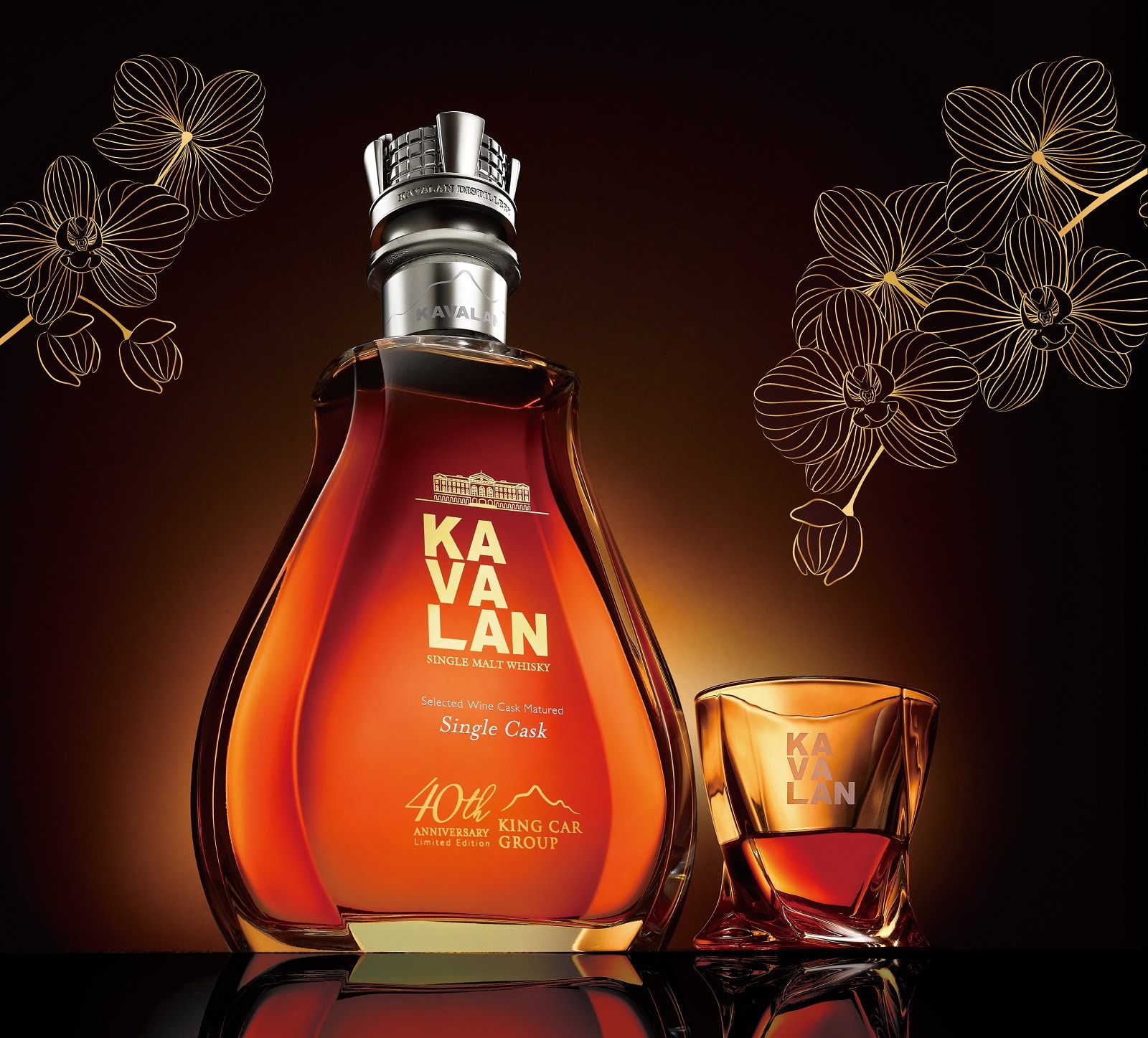