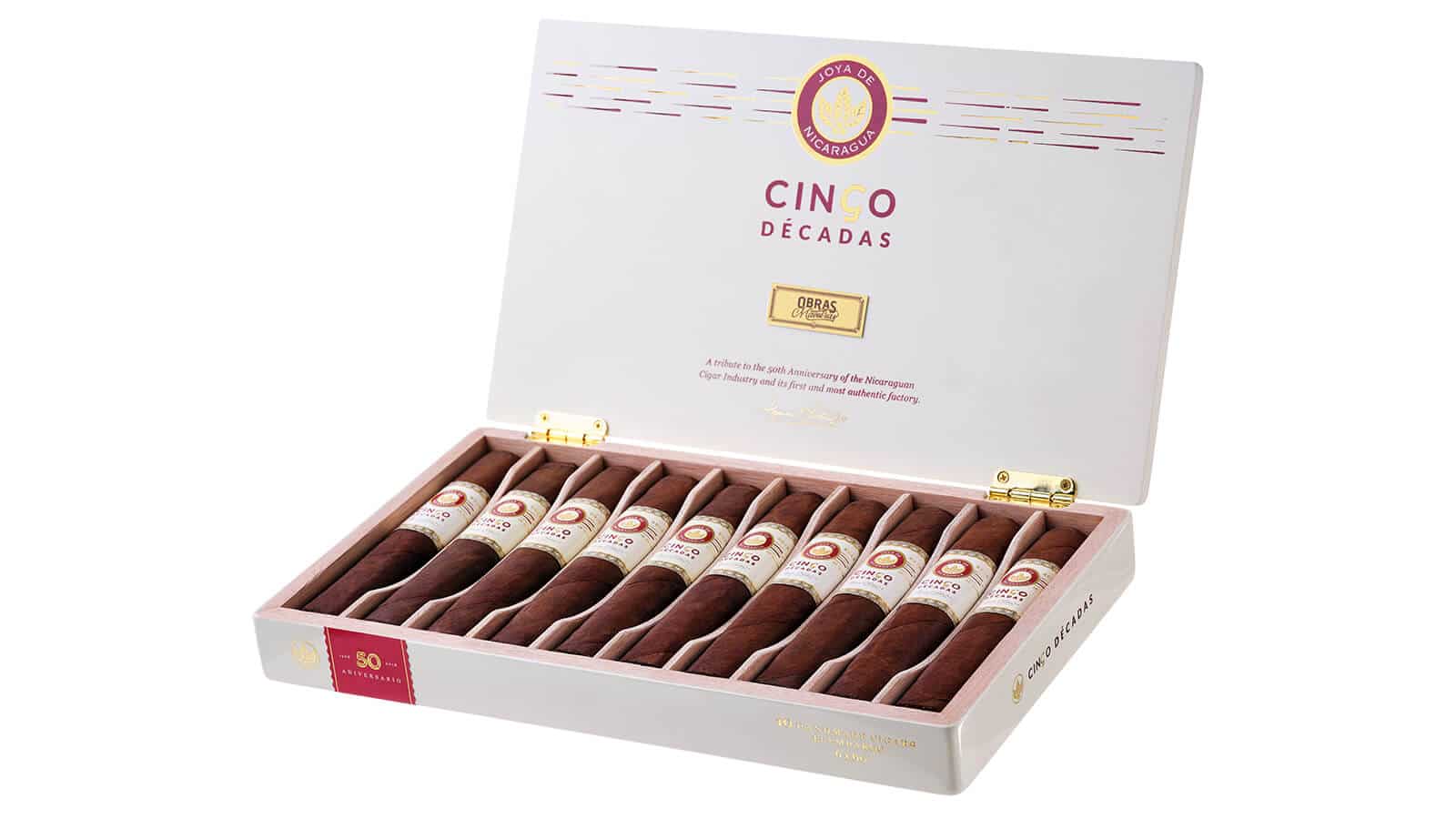 In the 1980s, Nicaragua and Nicaraguan cigars had a very difficult decade. Civil war, and then in 1985 the Economic Embargo placed by the USA. The USA was Nicaragua’s primary cigar market, so this was a huge economic challenge. Having to seek alternative markets, that is how Joya de Nicaragua cigars became enjoyed around the world. From obstacles and challenges, came new opportunities for Joya de Nicaragua. To celebrate 35 years of resiliency of the Joya de Nicaragua brand, they will be releasing the Limited Edition “Cinco Décadas El Embargo.”

In a company press release the chairman of Joya de Nicaragua, Alejandro Martínez Cuenca said “Cinco Décadas pays tribute to our milestones as a company; the events that have made and shaped who we are today. But not all of the occasions were positive, some of them were paramount challenges. The embargo was one of those hard situations we confronted, but one that in retrospect allowed Joya de Nicaragua to establish itself as a truly global brand. Another great example of how the tough moments in life can actually make us better and stronger. With El Embargo, we bring to our European friends a token of gratitude for opening their arms to us during those years.”

For this limited edition, only 500 boxes of 10 will be released. The cigar will be a 152mm x 60 box-pressed Gigante. Starting in October 2020, Cinco Décadas El Embargo will only be available in select European markets. The initial release will be at the Cigaragua store in Amsterdam. In 2021 a limited number of boxes will be available in Asia, and Latin America. Just like the Embargo in 1985, not available in the USA market.