The Joya de Nicaragua Dos Cientos commemorates the 200th anniversary of Central American independence from the Spanish empire. Emboldened by the independence movements in Latin America and throughout the Caribbean, and by the American War of Independence and French Revolution, Central Americans won their right to self-government and the stage was set for the creation of the nations of Guatemala, Honduras, El Salvador, Nicaragua and Costa Rica.

During the bicentennial anniversary of Central American independence, Joya de Nicaragua, Nicaragua’s first premium cigar manufacturer and one of the region’s most iconic cigar brands, will commemorate the occasion with the release of Dos Cientos, a super-premium and limited edition cigar. The introduction will be topped off with a virtual Central American Independence Day party where everyone who has purchased a box of Dos Cientos will be invited to smoke a cigar together while sharing the region’s exciting path to tobacco greatness. 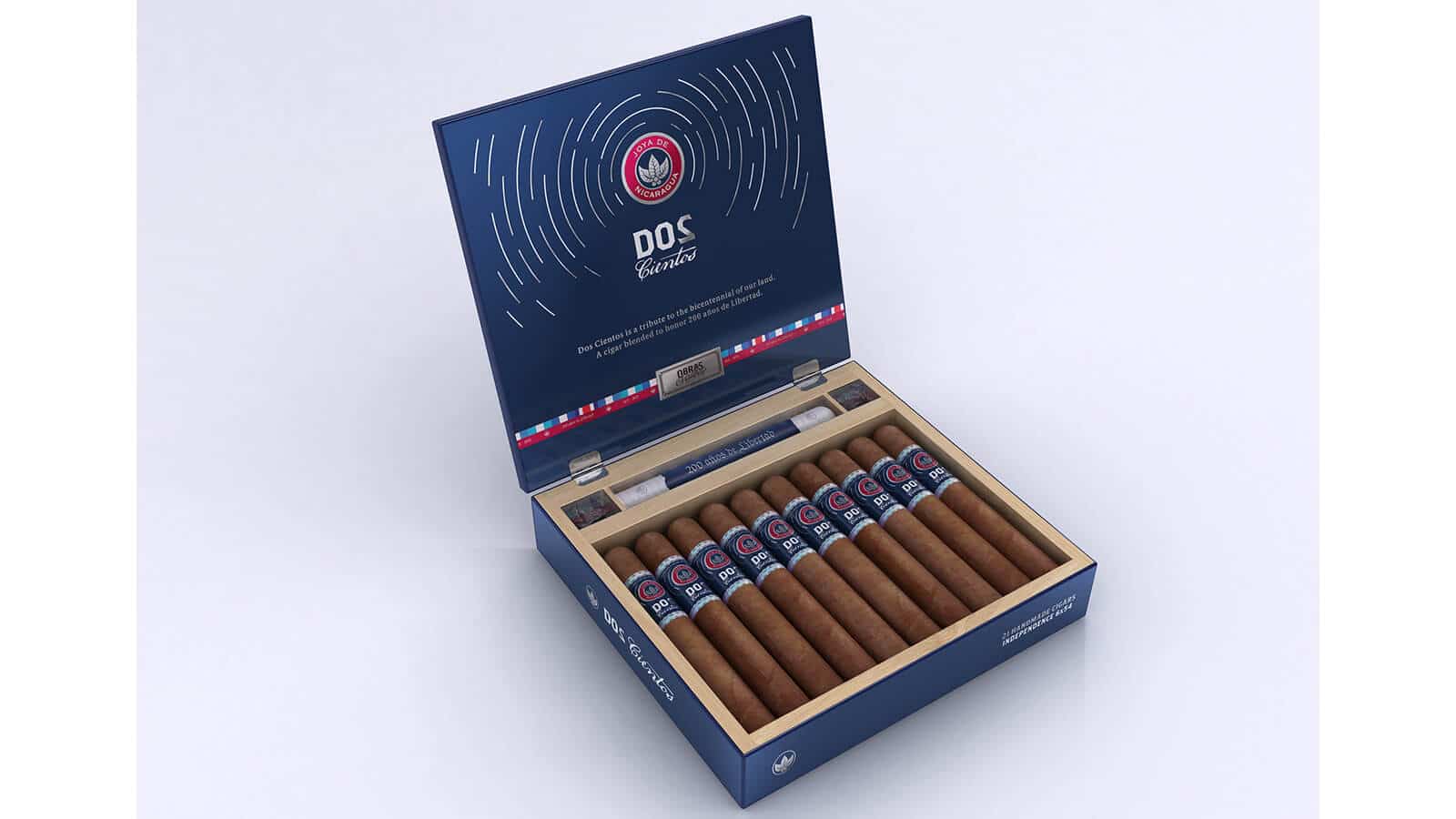 “For us there is always a link between the past and the present,” says Juan Ignacio Martinez, president of Joya de Nicaragua. “We are who we are today because of the decisions that were made hundreds of years ago. Dos Cientos pays tribute to those 200 years and who we are today as the leading cigar producing country and region in the world.” Dos Cientos means “200 Years” in Spanish. This medium-bodied and complex cigar, is the perfect way to commemorate the rich history of Central America and tobacco’s important role in the region’s history. “The leaf’s role in the development of our culture and our society has been fundamental,” says Joya de Nicaragua’s owner, Dr. Alejandro Martinez-Cuenca. “Tobacco was ever present as we created our own economic, political and cultural identities. That was the moment in which we became what we are today as a region. We want to celebrate that achievement of our own birth as a country and as a region, so we’re showcasing tobaccos from different American countries—Nicaragua, Honduras, Mexico, Ecuador and the Dominican Republic. We are paying tribute to the Latin Americans and the Americans who achieved independence to craft their own destiny.” 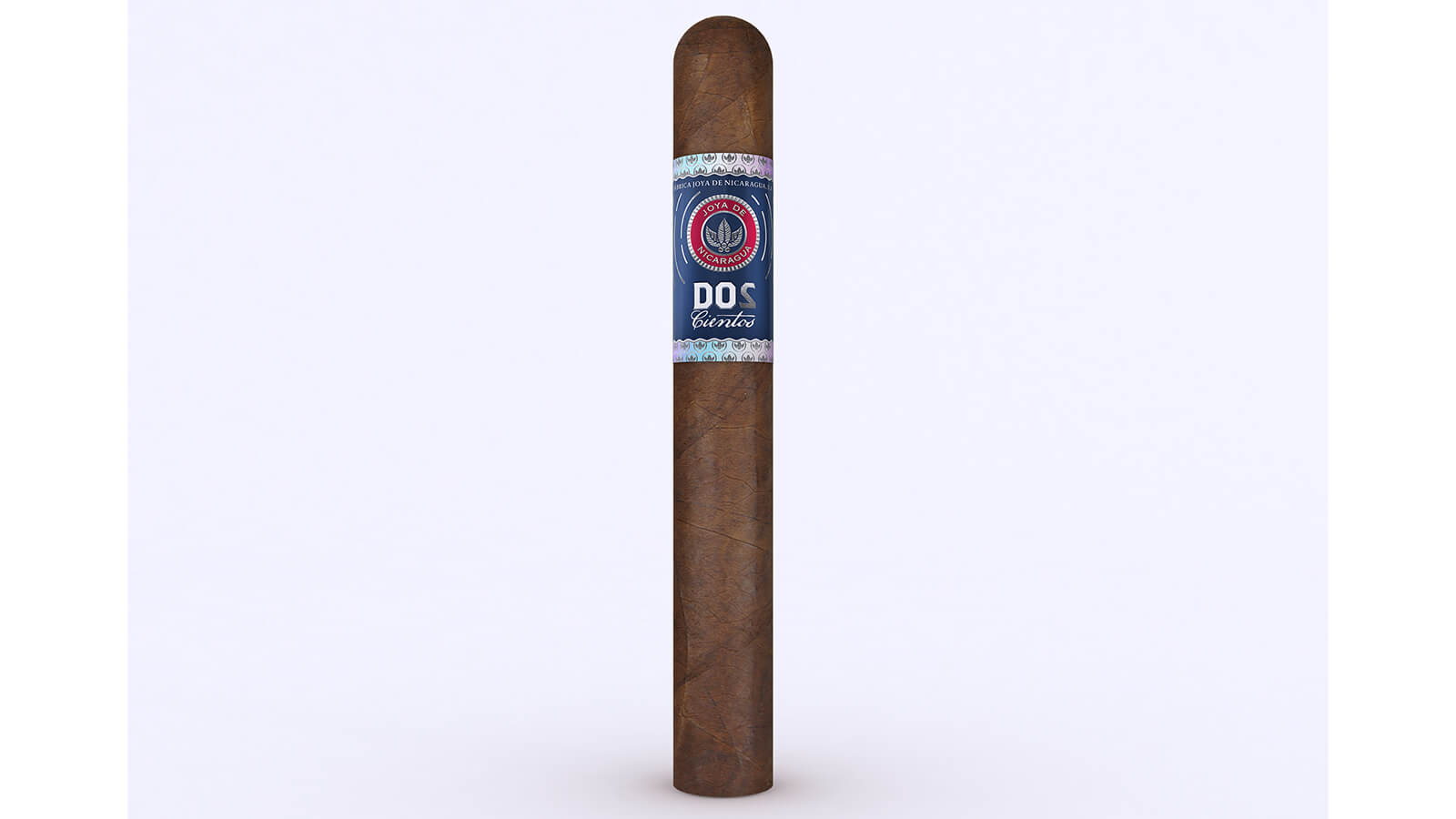 Joya de Nicaragua Dos Cientos will be part of Joya de Nicaragua’s Obras Maestras family, which includes Cinco Decadas, Cuatro Cinco and Numero Uno. This one-time release of 2,000 boxes will feature a 6 x 54 Gran Toro vitola and will be available in retail stores in August. Each box contains 21 cigars, including one cigar encased in a unique paper wrap that’s intended to be smoked during a special virtual celebration on Central American Independence Day, on Sept. 15, 2021. “We will invite people to smoke it together with us and talk about our history, the value of that history and the significance of who we are, not only for ourselves but for the rest of the world,” Dr. Martinez-Cuenca concludes.”