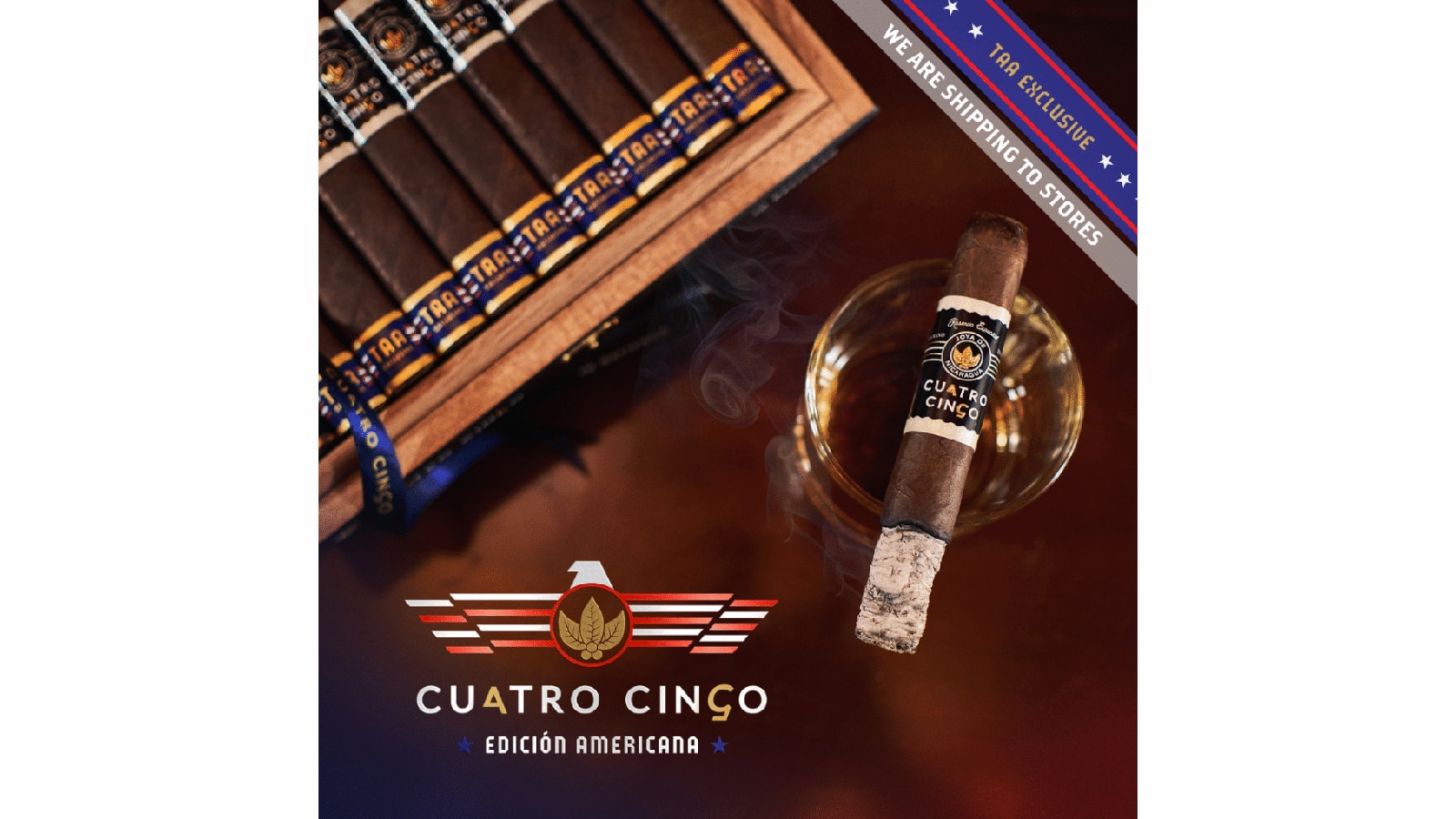 Joya De Nicaragua is celebrating its strong ties to America by releasing the Cuatro Cinco Edición Americana. The Americana will be available exclusively at Tobacconist Association of America (TAA) member retailers. “When we were deciding what the next TAA product should be, we knew it had to be special,” says Joya de Nicaragua’s Executive President, Juan Ignacio Martinez. “When the team proposed the Belicoso, the decision was made, there’s no other vitola in the Cuatro Cinco family that smokes closer to the original limited edition than this one.”

The Cuatro Cinco Edición Americana TAA Exclusive is a 54 by 152mm (6″) Belicoso cigar. The cigar features a Nicaraguan Criollo wrapper and all Grade A Nicaraguan filler tobaccos. The finished cigars are aged inside vintage white oak barrels that were previously used for aging rum. Cigars will be packaged in 10-count boxes that feature special artwork. An American Bald Eagle is incorporated into the Joya de Nicaragua’s company logo. Cigars receive a secondary foot band showing that it is a TAA Exclusive.

The Cuatro Cinco Edición Americana is limited to 500 boxes total production. At the time of this article, cigars are currently being shipped to TAA retailers.