Joya de Nicaragua Cinco Décadas celebrates the 50th anniversary of Nicaraguas oldest cigar company. The line was launched in 2018 in two sizes, the Diadema and El General. It is said that these two sizes were some of the first sizes produced by Joya de Nicaragua back in 1968. The line has since grown to include four sizes.

The blend of the Cinco Décadas hasn’t been disclosed. Production is a yearly limited release that is sold in 10-ct boxes. 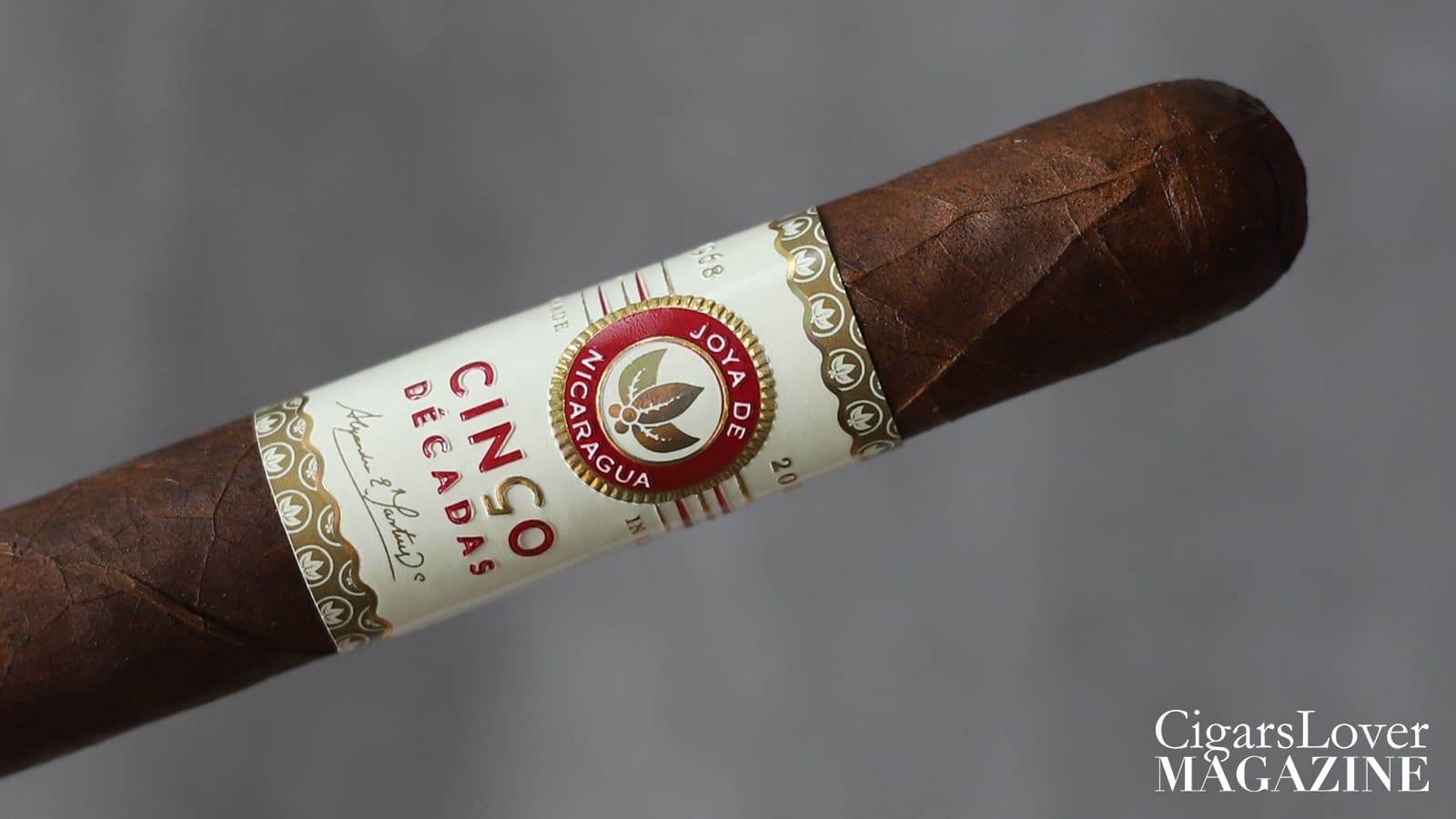 The cigars are dressed in an oily Colorado Maduro leaf, with some reddish reflections to it. The construction is good. 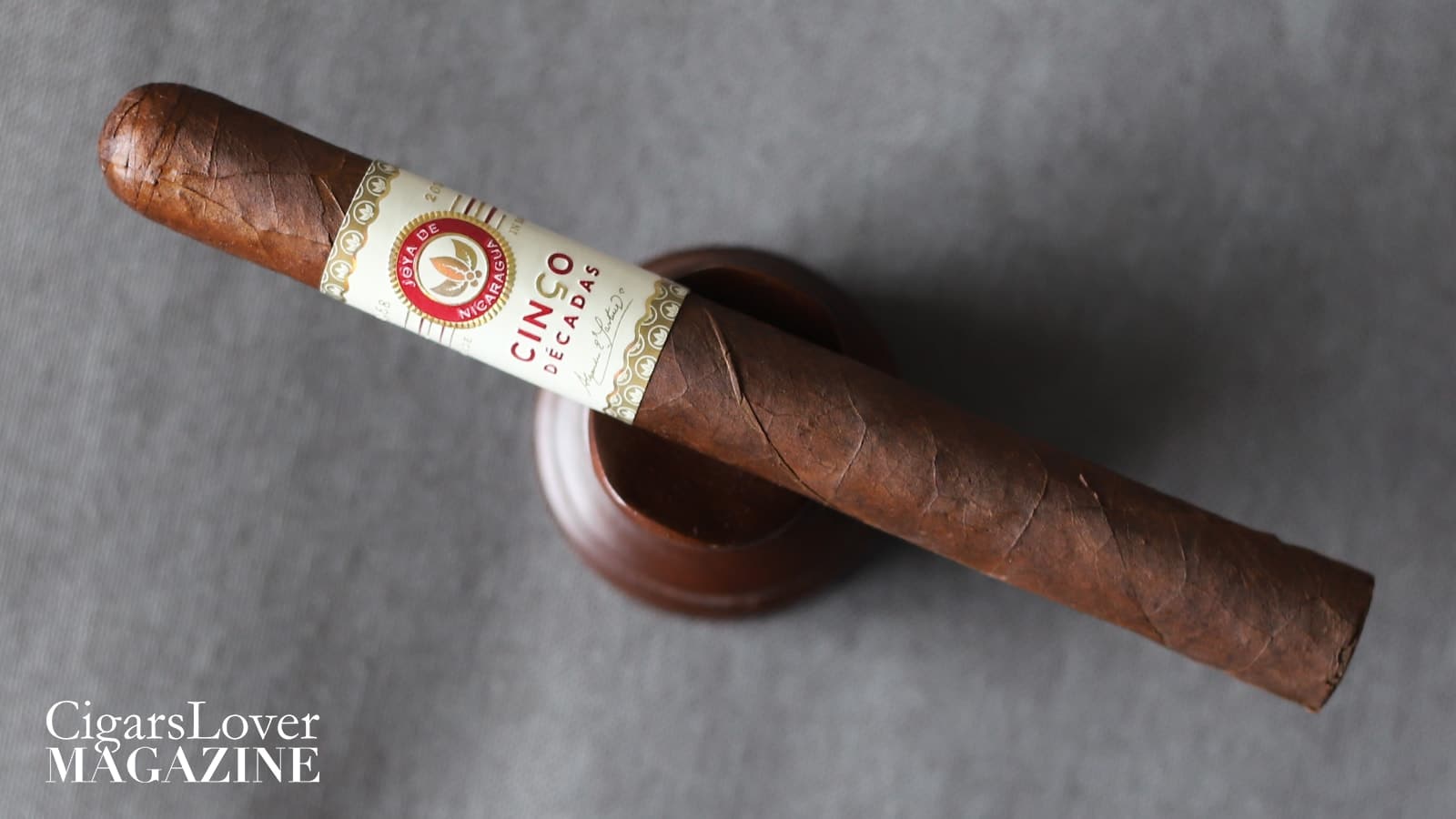 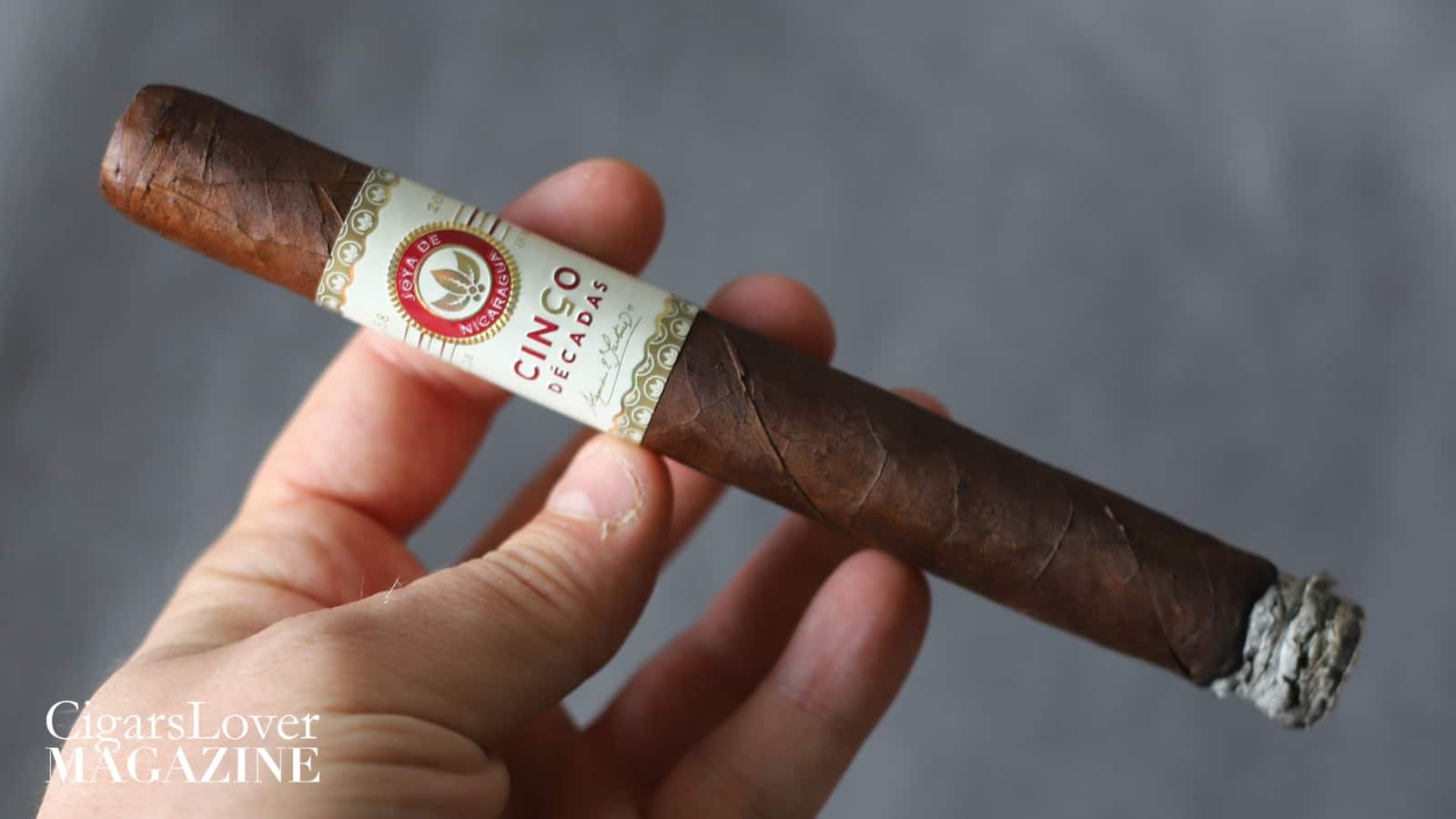 The first third confirms the black pepper and the roasted notes, which are now enriched by cocoa and spices. In some puffs, some nuances of incense are coming through as well. The strength is medium (3/5).

In the central section, a rich aroma of nuts develops and becomes the main flavor of this third, followed by the spices. Strength increases a little, now slightly over medium (3.5/5).

The final third is about vegetal notes and balsamic herbs, which are more pronounced towards the end. Strength increases further, reaching a medium-full level (4/5) and satisfyingly closing the smoke.

Overall, the Joya de Nicaragua Cinco Décadas El General is an evolutive Churchill that delivers an intense and well-balanced smoke. It confirms the trend with the Cinco Décadas line, which keeps on scoring 90+.