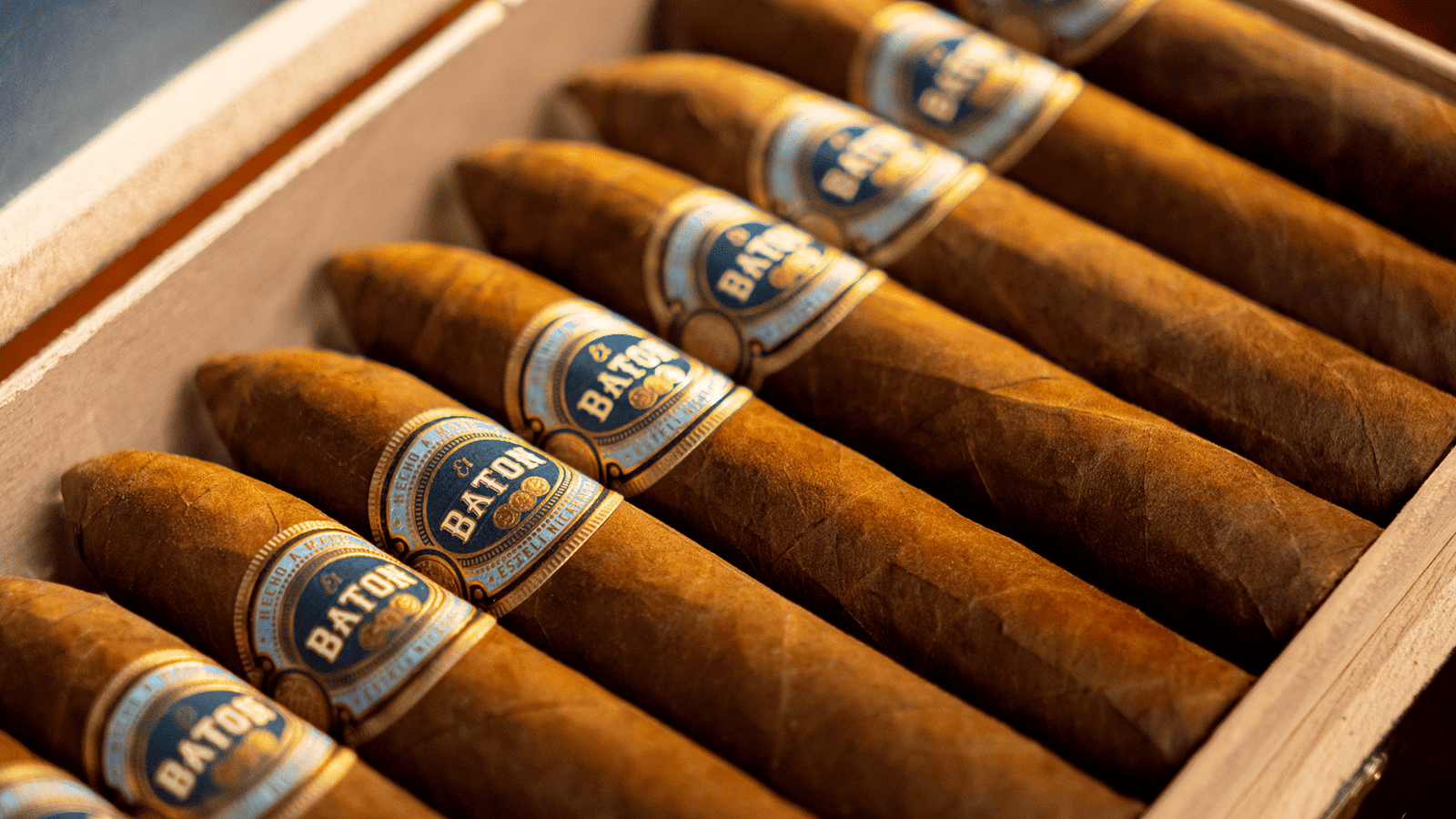 J.C. Newman Cigar Co. is shipping its updated El Baton cigars to premium cigar retailers across the United States. The company first introduced El Baton cigars in 1914. The original El Baton was a 5-cent cigar rolled with Cuban tobacco in J.C. Newman’s Cleveland cigar factory. A century ago, El Baton was a popular cigar brand in the Midwest, but its popularity waned before World War II.

“El Baton has been J.C. Newman’s under-the-radar cigar,” said Drew Newman, fourth-generation owner.  “As I was unsatisfied, I decided to tweak the El Baton blend and return to more of a traditional style of packaging that better reflects the century-old history of my great-grandfather’s old cigar brand.” In 2008, J.C. Newman Cigar Co. relaunched El Baton as their first cigar hand rolled in Nicaragua. El Baton wears an Ecuadorian wrapper over a blend of Nicaraguan tobaccos.  It is being released in four sizes:

All sizes are packaged in 25-count boxes, and the suggested retail price, before any applied taxes, ranges from $7.70 to $8.70 per cigar.