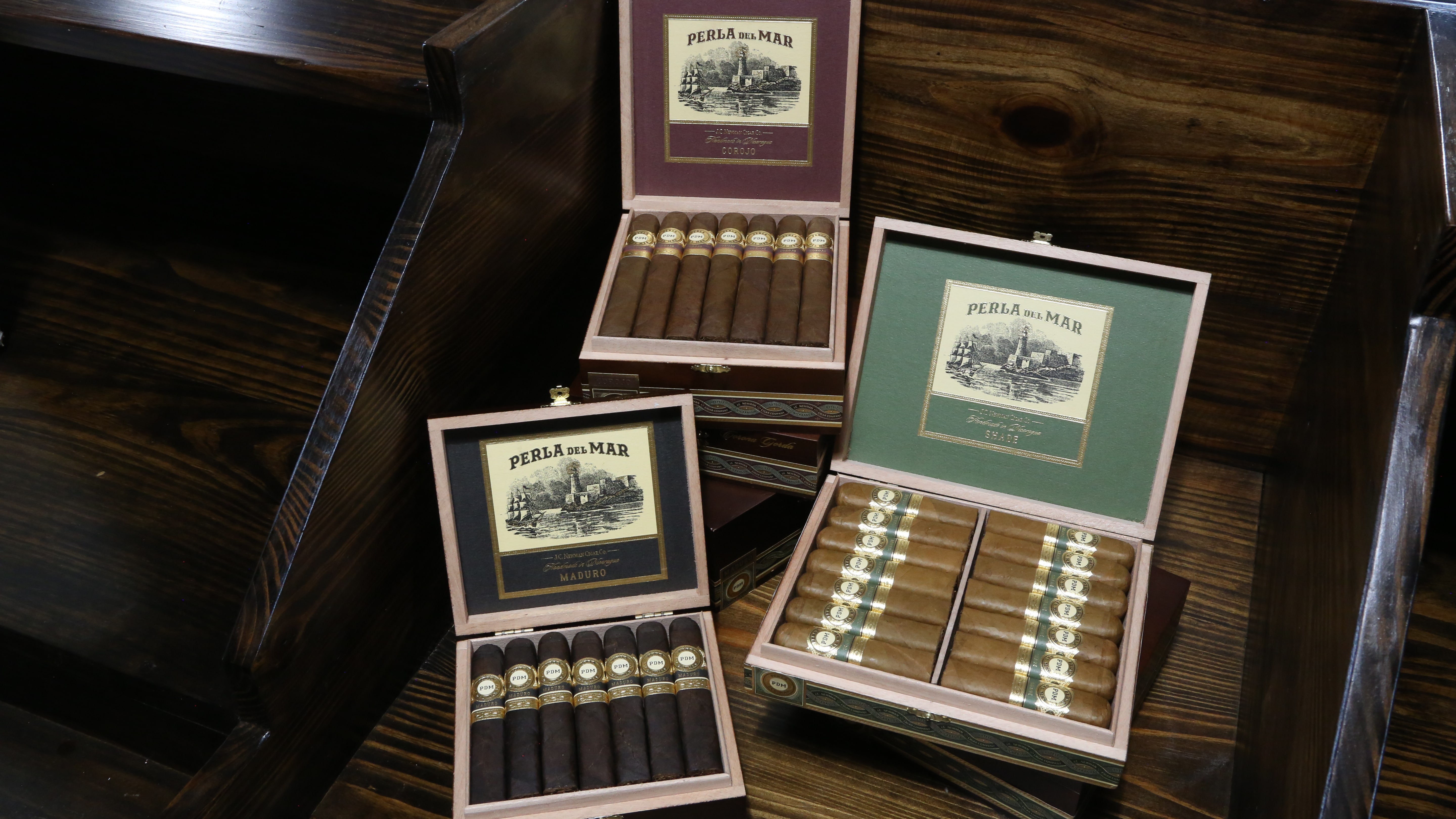 Perla del Mar is a historic cigar brand that traces its roots back to 1905 in Cuba. Four brothers were hand-rolling cigars using tobacco grown on their family’s farm in Cuba. They named their cigars “Perla del Mar” because of the beautiful Caribbean waters surrounding them in Cuba. As the popularity for their cigars grew to make them one of the top premium cigars in the early 1900s, the brothers moved production to Ybor City, Florida. They built a large cigar factory next to the J.C. Newman’s El Reloj factory.

The new Perla del Mar is not the same cigar as J.C. Newman’s 2012 release. “Although our family has been rolling cigars for 125 years, we do not rest on our laurels,” said Drew Newman, general counsel and a member of J.C. Newman’s fourth-generation. “We are constantly working to improve everything that we do, and we are very pleased with the new Perla del Mar. Although our Perla del Mar cigars were good, we were not totally satisfied,” said Newman.  “We wanted to make them better – and that’s exactly what we did.  After two years of effort working on perfecting the brand, we are thrilled to reintroduce Perla del Mar.”

Each blend comes in four sizes with an MSRP between $6 and $7 before taxes. J.C. Newman Cigar Co. is now shipping its new Perla del Mar cigars to retailers across the USA.