During the cena de bienvenida of the XVIII Festival del Habano, held in Cuba last February, among the gifted cigars there was the pre-release of the Hoyo de Monterrey Elegante, La Casa del Habano dedicated edition. 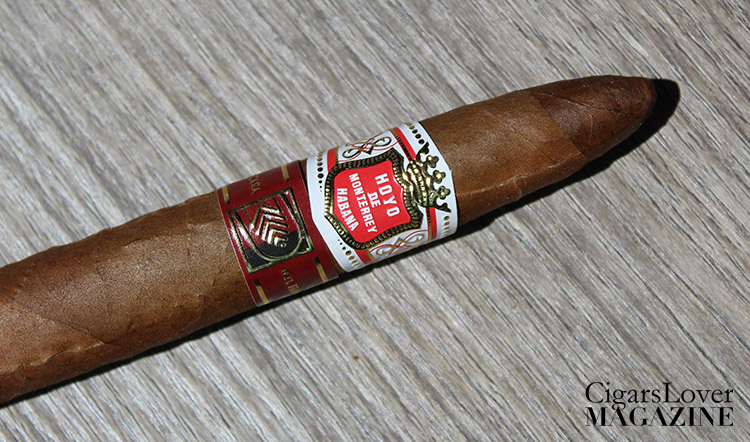 The vitola de galera chosen is particular: taco (47 x 158mm). Until now, this format has been limited only to the Partagas Presidente (still in production). The cigar will be sold in boxes of ten units each.

The cigar is dressed by a shiny colorado, reddish shades wrapper, slightly rough to the touch. Global manufacturing is careful.

Hoyo de Monterrey Elegantes: before lighting the cigar up, the aromas reaching the nose are subtle, mainly reminding of wood and nuts.

Once lighted up, despite the first puff were expected to be a sort of warm up, as normal in this format, some piquant notes are immediately giving off, quenching in few minutes.

The first tercio delivers delicate mineral notes, never aggressive. Aromas, even though limited in number, are quality ones, with a subtle precious wood note, bolder white pepper and coffee characters. Strength is medium-light (2/5). 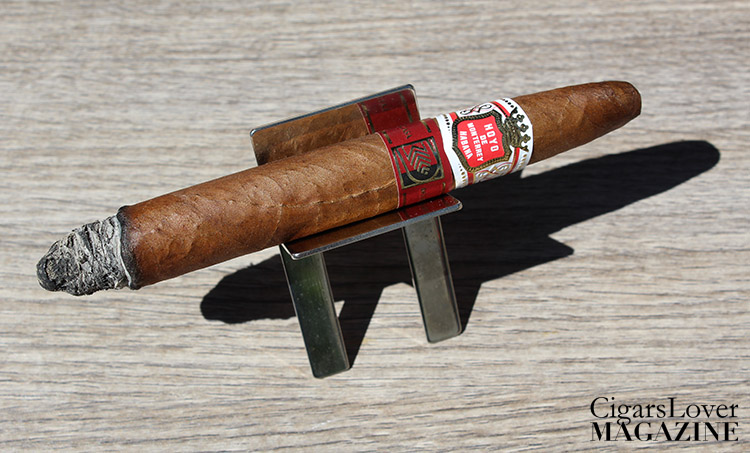 Moving into the central part of the fruition the mineral tastes become more evident, while the cigar develops into spices (among which the clove one clearly emerges) and hazelnut, keeping the main noble wood and coffee notes. Strength is stable. Smoking mechanics is perfect, with no corrections, with a medium length, rather compact ash. The smoke itself is however quite dry, requiring water sipping to refresh the mouth.

The last tercio keeps the evident mineral character, while the aromas range is characterized by spices and cocoa (in the background), as well as by more evident high quality wood and balsamic notes. The strength increases reaching a medimum level (3/5). 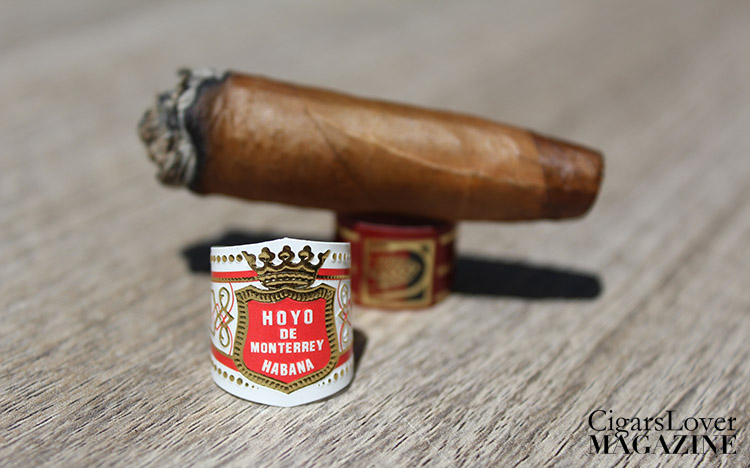 Overall, also taking into account that a pre-release not always represents a reliable preview of the commercially available cigar, this taco by Hoyo de Monterrey is a cigar fully belonging to the typical palette of the brand. The evolution is neither extremely wide nor complex, but it is difficult to determine if this will be a characteristic of the cigar or if this is to be only seen in the Festival production, which did not have enough time to refine the liga.

The only “defect” which could be perceived is the dry character of the smoke, which can reduce a lot the salivation during such a long fruition. The test, however, has to be considered as a positive one, with a puro which has the specificities to capture the attention of the aficionados, also thanks to the very special format.

Nomen omen: Elegant by name and by character.