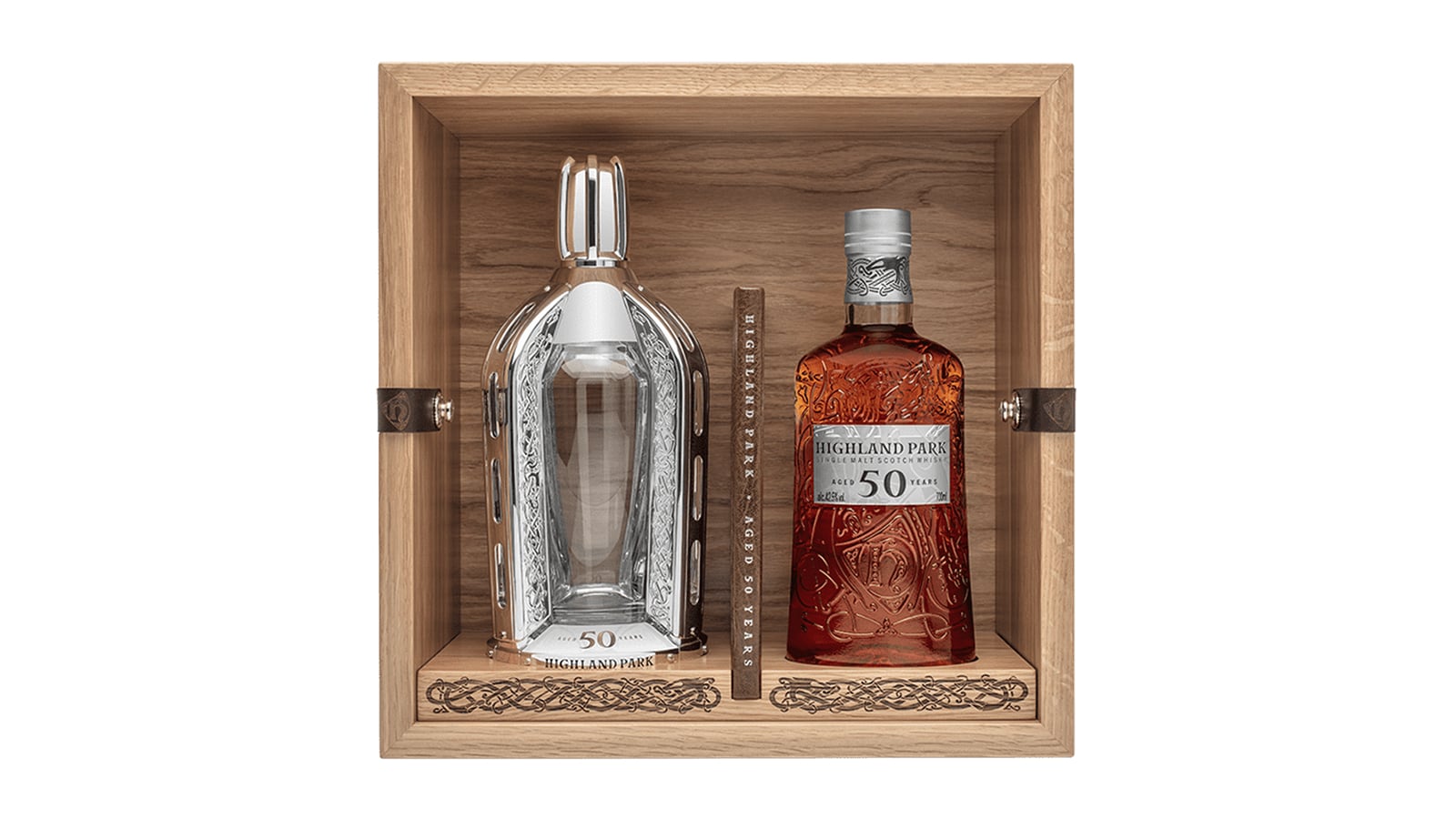 Highland Park has released their 50-year-old single malt. This is the third release like this in Highland Park’s history. This bottling first developed back in 1968, when they took nine refill casks and were filled. The whiskies matured until 2008, when they were married and recasked into first-fill sherry seasoned casks. Another 12 years of aging in those sherry casks. One of these casks was selected and then married with a small quantity of the previous 50-year-old release from 2018.

From Highland Parks official press release Master Whisky Maker Gordon Motion commented about the release: “I introduced a small quantity of this cask to some of our 2018 batch of 50-Year-Old, which I’d held back specifically for this purpose, to create a further layer of depth and complexity. As the 2018 50-Year-Old also contains some of our 2010 batch of 50 Year Old – our first in the series – this approach allows me to maintain the core DNA of our oldest Highland Park whisky through each extremely limited batch release.”

The 2021 Edition of Highland Park 50 Year single malt yielded just 274 bottles. Every bottle is signed by Master Whisky Maker Gordon Motion. The limited-edition will be available globally in specialty whisky shops, with a limited amount available from the distillery, and online. The Highland Park 50-Year-Old has an MSRP of $30,000 per bottle.