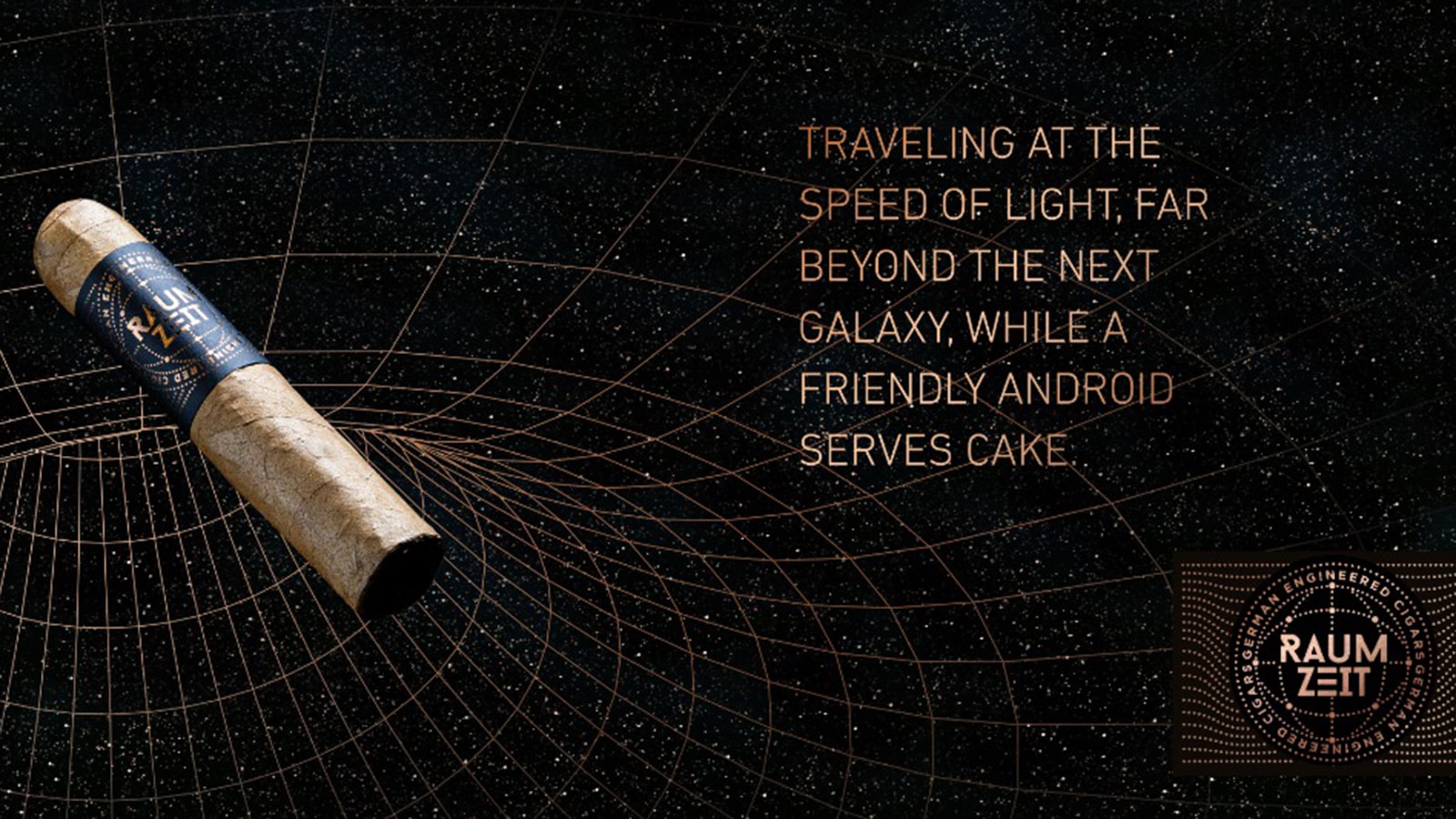 The German Engineered Cigars Company has announced their upcoming release, the RAUMZEIT. The German word translates to “Spacetime”, hoping this new cigar will take you to a new dimension. The release slogan is all about space with “Traveling at the speed of light, far beyond the next galaxy, while a friendly android serves cake.” This will be the brand’s second regular release blend, and this will be the first cigar developed with master blender Claudio Sgroi. RAUMZEIT will also be the brand’s first cigar from Nicaragua, rolled at the Tabacalera Tambor factory in Esteli.

German Engineered Cigar Company will present RAUMZEIT at this year’s TPE show in Las Vegas. They will be in booth 1008, and RAUMZEIT is planned to be available shortly after the TPE event. For more information on the RAUMZEIT and the brand’s other cigars, visit https://germanengineeredcigars.com.