Nick Melillo, owner of Foundation Cigar Company, announced the addition of two new sizes in the Tabernacle Broadleaf line. The Tabernacle brand is named for the hallowed sanctuary of Hebrew scripture. The Tabernacle housed the Ark of the Covent before building the Temple of Solomon. Melillo has again referenced biblical inspiration to represent his life in tobacco for the names of the new sizes. David and Goliath will be the Broadleaf lines new cigars. 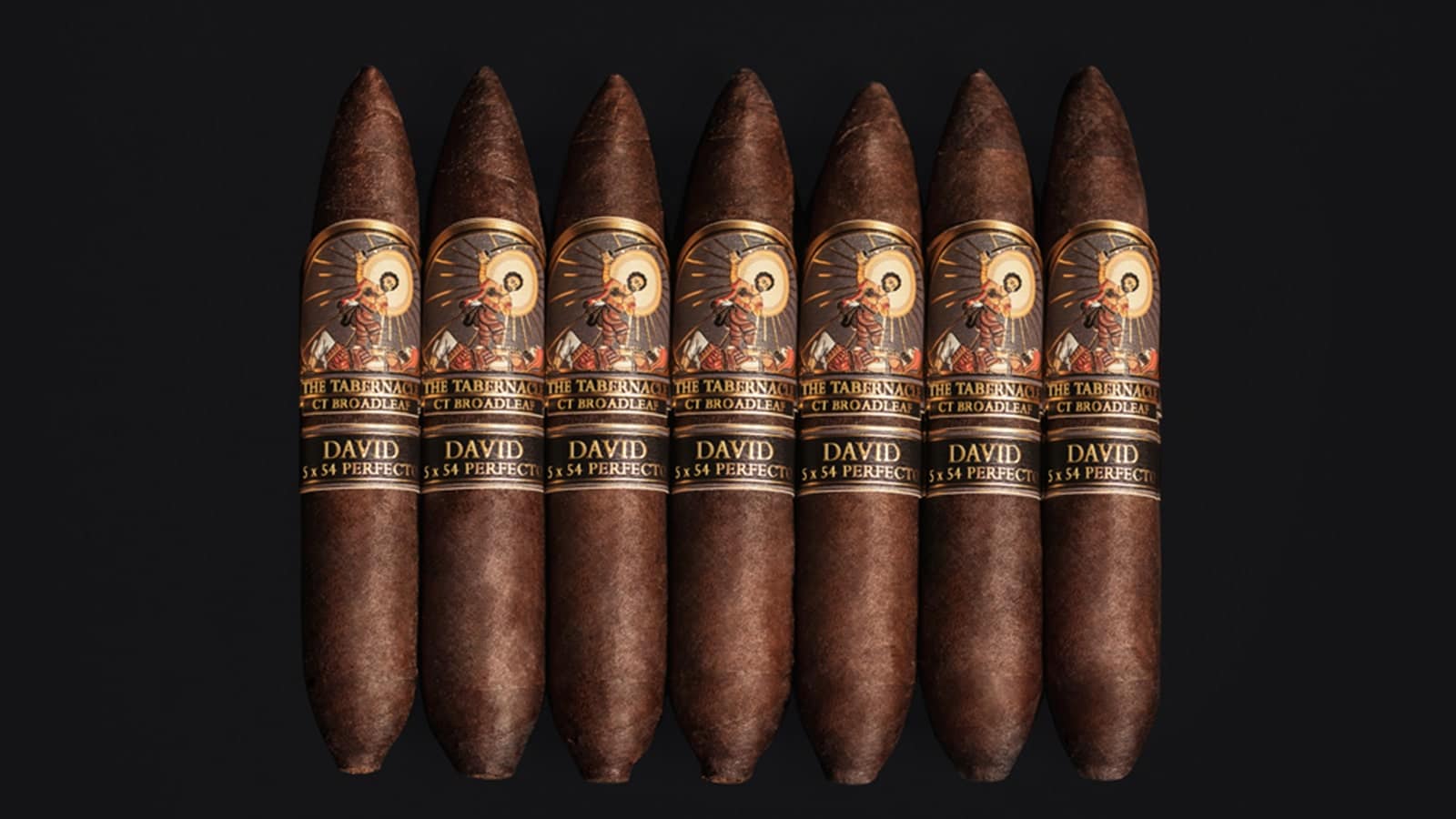 David will be a 5×54, with Goliath being bigger at a 5×58. “The Tabernacle in these two sizes deliver depth, complexity, body, and flavor. These sizes are special because they compliment an amazing blend of some of the best tobaccos in the world” said Melillo. Both sizes will feature the Connecticut Broadleaf wrapper, San Andres binder, with fillers from Jamastrán Honduras and Jalapa and Estelí valleys in Nicaragua. “Anyone who has smoked Connecticut cigar brands of old knows the Perfecto is a classic size”, said Melillo. “Back in the day, it was the vitola of choice for the connoisseurs.” 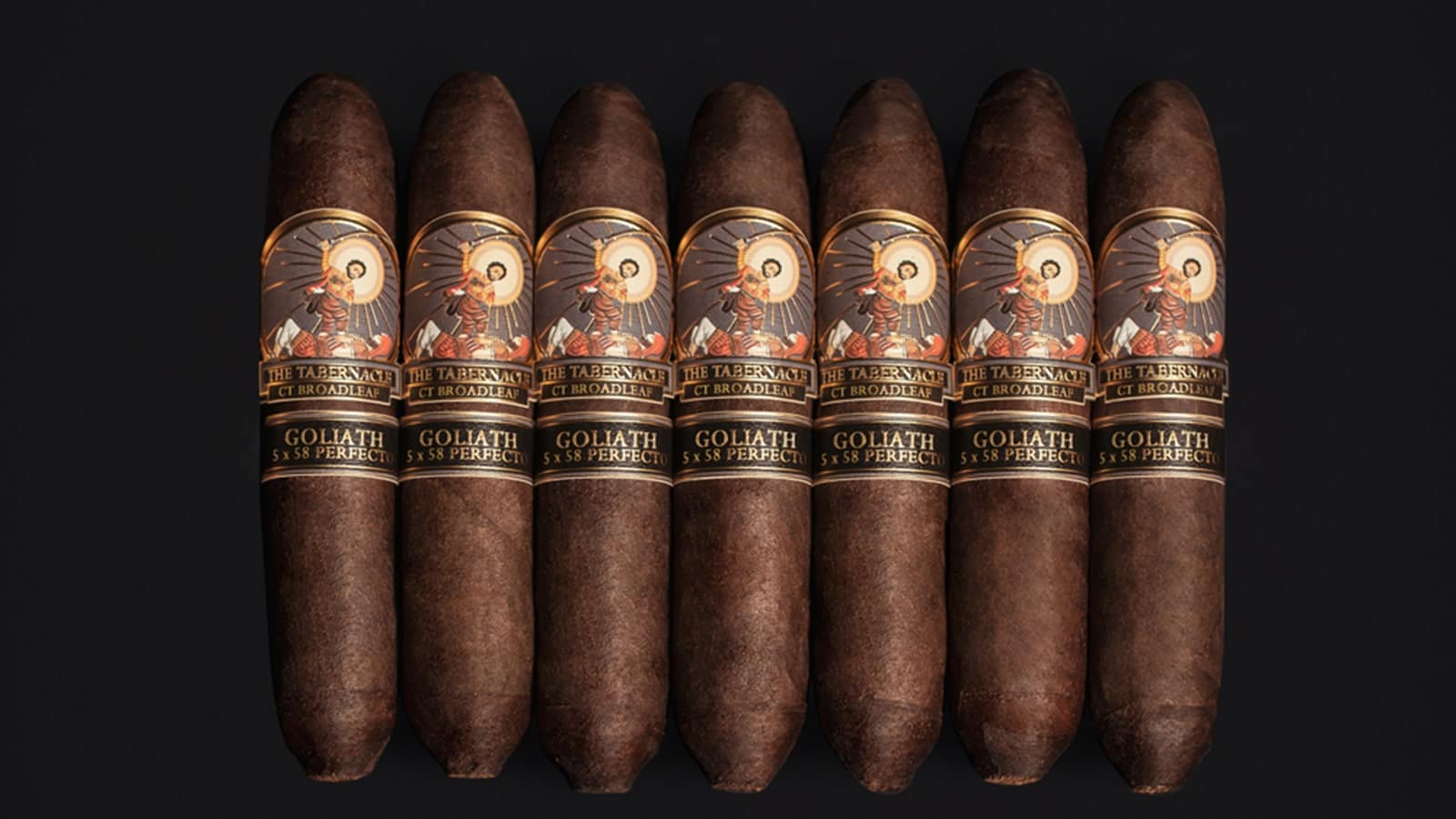 From the beginning of the Tabernacle line, the artwork has paid tribute to the Solomonic Dynasty of Ethiopia featuring the likeness of Haile Selassie I, the kingdom’s monarch from 1930-1974.  The biblical victory of David over Goliath has particular resonance with Ethiopia’s proud history as the only African nation to fend off colonial conquest. “Foundation’s art director, Thief Operandi, and I have always admired Ethiopian art and have studied it closely,” said Melillo.  “Haile Selassie and the crown of Ethiopia trace its root to King David – and the story of his battle with Goliath is timeless.”

Both new sizes will be sold in 25-count boxes. David will have a $300 MSRP. Goliath will have a $350 MSRP. Starting in early October 2020, Foundation will be shipping the two new sizes.