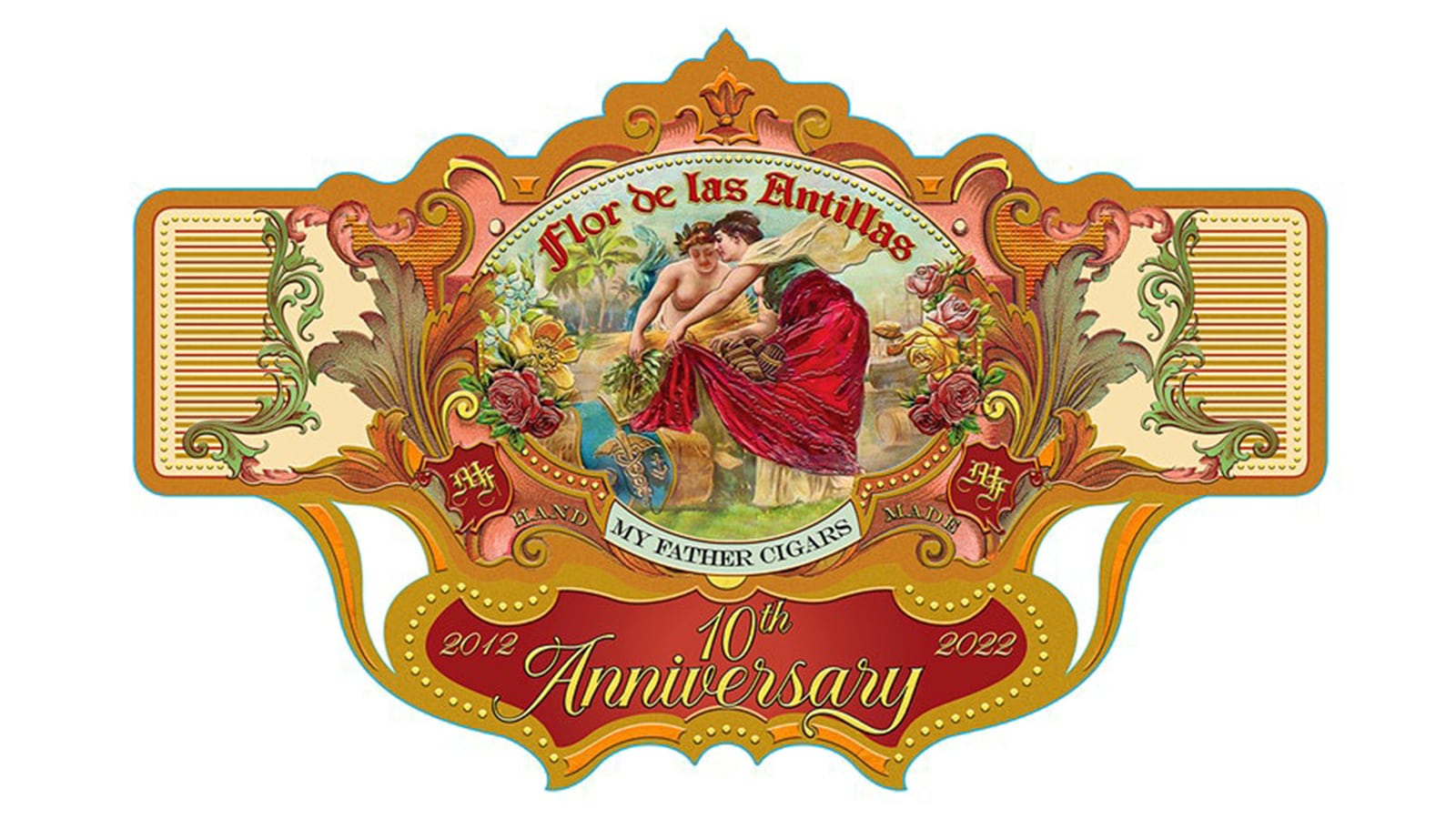 The blend will be a new take on the blend. The tobaccos, while having the same seed varietal, are all entirely grown by the Garcia family, and the darker wrapper will round out what is going to be a slightly stronger blend.

Production will be limited to 5,000 twelve-count individually numbered boxes. The Flor de Las Antillas 10th Anniversary will also boast a new band design. Pricing and delivery of the cigars are still being finalized.