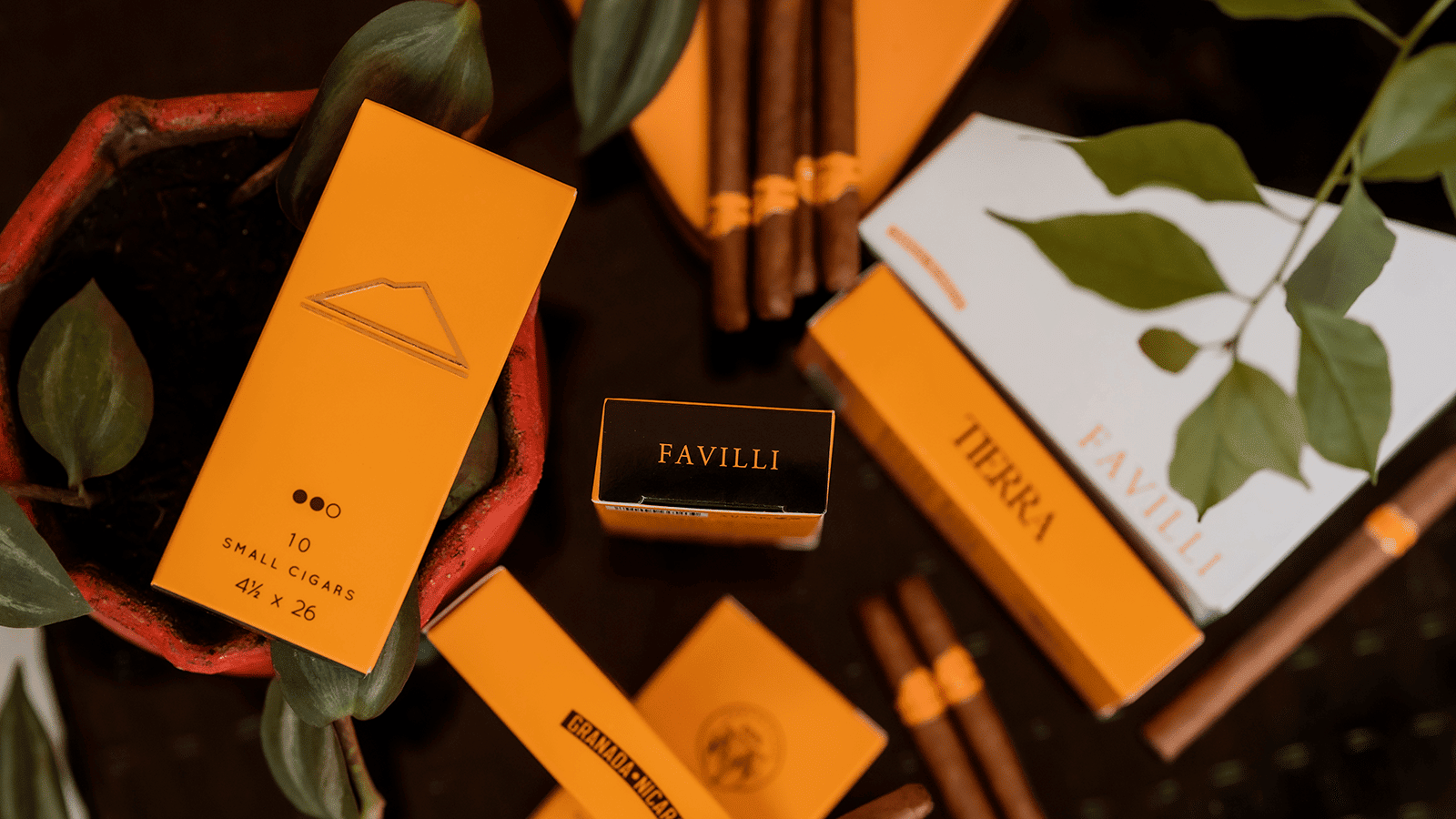 Favilli has released its first extension of the Granada Line, rebranding the 26 x 114mm (4 1/2″) Small Cigar, formerly known as Mombachito. The first extension of the Granada Line is under the Tierra brand and boasts the same blend as the recently released Tierra, offered in three sizes. Favilli’s Small Cigars are authentic premium handmade cigars produced using only long filler tobaccos (tripa larga).

The Tierra Small cigar is offered in 10ct individual Enviro-Packs and is also available in a 50ct offering, which contains five of the individual 10ct boxes bundled in a single display boat. Tierra Small Cigar will be available and shipping in early August.

The center of the core line is the rebranding of the company’s oldest brand, most recently known as Tierra Volcan. This purely Nicaraguan cigar offers a complete upgrade to its long history. Its blend intends to pay homage to the Volcanic Soil of Nicaragua and the company’s former expressions of the blend.