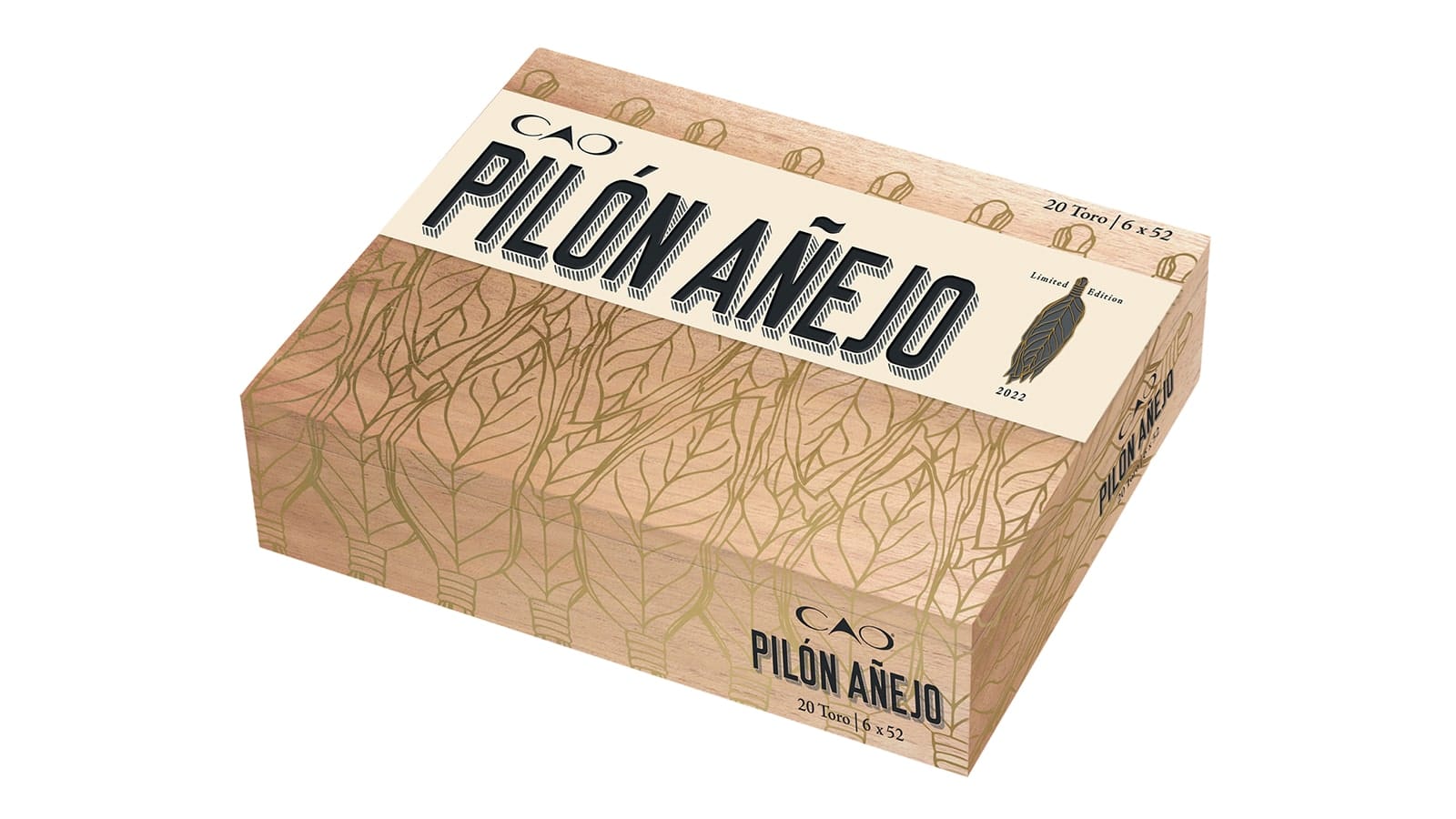 “With CAO Pilón Añejo, we’ve combined pilón fermentation which does such incredible things to the tobacco, with a full two years of aging of the finished cigars. Together, these methods add a whole new dimension to the blend. We’ve ultimately created a layered smoking experience that we could not have achieved through any other processes. This cigar is just a pleasure to smoke, and the team and I are really proud of it,” says CAO’s blender/ambassador Rick Rodriguez.

The blend for the CAO Pilón Añejo is made up of an Ecuadorian Sumatra wrapper, a Honduran Habano binder and Dominican and Nicaraguan fillers. The line consists of three sizes:

Each size comes in twenty-count boxes, and the suggested retail price (before taxes) ranges from $8.89 to $9.29, depending on the size. The cigars are made at STG’s HATSA factory in Danlí, Honduras.